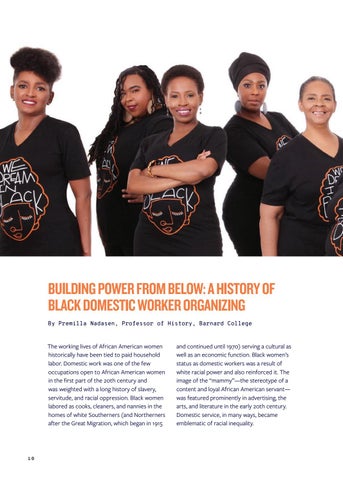 BUILDING POWER FROM BELOW: A HISTORY OF BLACK DOMESTIC WORKER ORGANIZING By Premilla Nadasen, Professor of History, Barnard College

The working lives of African American women historically have been tied to paid household labor. Domestic work was one of the few occupations open to African American women in the first part of the 20th century and was weighted with a long history of slavery, servitude, and racial oppression. Black women labored as cooks, cleaners, and nannies in the homes of white Southerners (and Northerners after the Great Migration, which began in 1915

and continued until 1970) serving a cultural as well as an economic function. Black women’s status as domestic workers was a result of white racial power and also reinforced it. The image of the “mammy”—the stereotype of a content and loyal African American servant— was featured prominently in advertising, the arts, and literature in the early 20th century. Domestic service, in many ways, became emblematic of racial inequality. 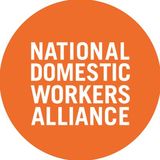