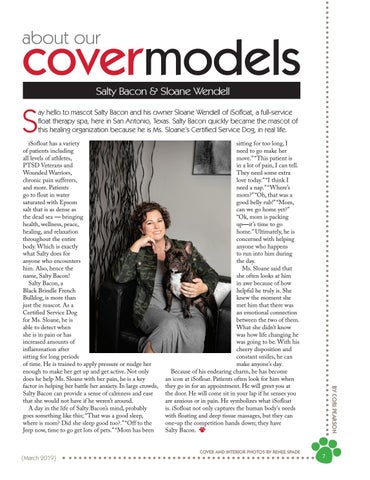 sitting for too long, I need to go make her move.” “This patient is in a lot of pain, I can tell. They need some extra love today.” “I think I need a nap.” “Where’s mom?” “Oh, that was a good belly rub!” “Mom, can we go home yet?” “Ok, mom is packing up—it’s time to go home.” Ultimately, he is concerned with helping anyone who happens to run into him during the day. Ms. Sloane said that she often looks at him in awe because of how helpful he truly is. She knew the moment she met him that there was an emotional connection between the two of them. What she didn’t know was how life changing he was going to be. With his cheery disposition and constant smiles, he can make anyone’s day. Because of his endearing charm, he has become an icon at iSofloat. Patients often look for him when they go in for an appointment. He will greet you at the door. He will come sit in your lap if he senses you are anxious or in pain. He symbolizes what iSofloat is. iSofloat not only captures the human body's needs with floating and deep tissue massages, but they can one-up the competition hands down; they have Salty Bacon. COVER AND INTERIOR PHOTOS BY RENEE SPADE

iSofloat has a variety of patients including all levels of athletes, PTSD Veterans and Wounded Warriors, chronic pain sufferers, and more. Patients go to float in water saturated with Epsom salt that is as dense as the dead sea — bringing health, wellness, peace, healing, and relaxation throughout the entire body. Which is exactly what Salty does for anyone who encounters him. Also, hence the name, Salty Bacon! Salty Bacon, a Black Brindle French Bulldog, is more than just the mascot. As a Certified Service Dog for Ms. Sloane, he is able to detect when she is in pain or has increased amounts of inflammation after sitting for long periods of time. He is trained to apply pressure or nudge her enough to make her get up and get active. Not only does he help Ms. Sloane with her pain, he is a key factor in helping her battle her anxiety. In large crowds, Salty Bacon can provide a sense of calmness and ease that she would not have if he weren’t around. A day in the life of Salty Bacon’s mind, probably goes something like this; “That was a good sleep, where is mom? Did she sleep good too?.” “Off to the Jeep now, time to go get lots of pets.” “Mom has been 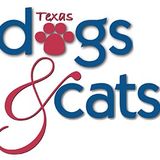