or Europe’s policymakers, it is an intriguing thought experiment. From a policy perspective, what could be achieved if Europe’s industrial sector were to improve its energy efficiency by 10-15 per cent? And if it were able to do so at very low cost – meaning that largescale investment, and the rate-of-return hurdles associated with such investment, need not present a barrier? It is not difficult to see. An improvement in energy efficiency on such a scale would obviously help to deliver greater energy security, reducing Europe’s reliance on foreign imports, often from unstable geopolitical regions. Equally clearly, greater progress towards achieving Europe’s decarbonisation and emissions targets would be another policy impact. Likewise, energy efficiency improvements on such a scale would obviously contribute significantly towards the objective of achieving Europe’s Energy Union. And just as importantly, greater energy efficiency on this scale – and at very low cost – serves Europe’s industrial competitiveness agenda, because energy typically makes up 25-40 per cent of an energy intensive company’s operating costs. So at a time when Europe’s industrial firms pay up to three times as much for their energy as do their equivalents in the United States, energy efficiency improvements of 1015 per cent represent a significant levelling of the global playing field,

helping to preserve European jobs and industries. While energy competitiveness is a complex issue, it is a fact that some of Europe’s largest industries are uncomfortably exposed to high energy costs, thanks to Europe’s relative lack of cheaply exploitable energy resources. And high energy costs, as the European policy think-tank Bruegel has found, are negatively correlated with export prowess: simply put, countries with low energy prices are better at exporting energy-intensive products. So as a thought experiment, an improvement in industrial energy efficiency of some 10-15 per cent has obvious appeal to policymakers. At a stroke it helps them to deliver on a number of significant policy objectives, ranging from job security to decarbonisation, and from energy security to international competitiveness. But how realistic is such an aspiration? What are the prospects of such an improvement in energy efficiency being achieved – not just as a thought experiment but in terms of actual energy consumed, and jobs preserved? And here, there is good news, and even better news. So let’s start with the good news. The simple fact is that this 10-15 per cent energy efficiency improvement – at very low cost, don’t forget – requires cultural changes among a fairly tightly focused group of energy-intensive industries. In fact, according to one EU-sponsored study, just eight energy intensive industry sectors account for 98 per cent of European industrial energy use. The industries in question are: industrial staples such as iron and steel, oil refining, the chemical and pharmaceutical industries, food and beverage manufacturing, industrial machinery, and pulp and paper manufacture. Encourage a culture change in energy management within these eight industries, then, and the impact can be considerable. But what sort of culture change, exactly? As governments know all too well as they try to prompt consumers to live more healthily, pay their taxes in full, and drive more carefully, there is no one simple answer, despite numerous initiatives having been tried. With energy management, however, it is perhaps more accurate to say that most of the work lies ahead. Because in general, it is fair to say from a policy perspective at a panEuropean level, there is a shortfall in policies aimed at driving or encouraging an energy culture change within industry. It is possible to point to national examples of best practice: energy-intensive industries in Belgium and the Netherlands are required to maintain and monitor an

energy model, for instance. But at a pan-European level, such initiatives have yet to be replicated. Yet, the broad outline of a greater corporate focus on corporate energy efficiency and corporate energy utilisation is not difficult to envisage. Businesses should develop key energy-related performance indicators, for instance, and assign those performance indicators to specific individuals. They should then hold those individuals accountable for the indicators, just as they are held accountable for other production-oriented indicators. Subsequently, they need to ensure that those individuals have the tools and the authority they need in order to make a difference, as well as identify and promulgate good energy management practice, reward good behaviour, and so on. The potential is obvious. And while it is difficult to precisely estimate the impact of such a culture change, a number of separate studies have suggested that Europe’s energyintensive industries could benefit from a 10-15 per cent improvement in energy efficiency from such low-investment initiatives. Clearly, this is an improvement that would do much to deliver on a number of important energy-related policy aspirations, and one which would also do much to support employment levels and job security within some of Europe’s most hard-pressed industries. Even so, how realistic is this thought experiment? Where do such numbers come from? Again, there is reassurance for policymakers, as repeated analyses consistently throw up figures in the same broad range. Most recently, for instance, there’s the indepth 460-page study carried out for the European Commission by ICF Consulting, modelling the energy consumption and savings potential of those eight energy intensive industries (accounting for 98 per cent of European industrial energy use, remember) up to the year 2050. And as its authors observe, traditional approaches to improving energy efficiency – and modelling the impact of such improvements – tend to under-estimate the impact of behavioural change on energy efficiency, relying instead on technology-based improvements. In one context, this is understandable. A piece of equipment or production process that has been re-designed to operate more efficiently can reasonably be assumed to continue working at that enhanced level of energy efficiency. Cultural changes, in the jargon, are less ‘sticky’: actions that people take today are not necessarily the same as those they might take tomorrow. The problem is that as ordinary individuals and private citizens, we all know that resolutions to eat less and exercise more are easily

forgotten or broken, no matter how well-intentioned. But here again, there is good news. Businesses – especially the largescale enterprises typifying the eight industries in question – are manifestly not ordinary individuals and private citizens. Instead, they are corporate entities, and can be guided into particular modes of behaviour by laws, standards and regulations, as well as by education and training programmes highlighting and incentivising good practice. In a situation calling for cultural change, then, it is clear that enterprises are easier to influence than ordinary consumers. To some observers, the expectation is that this influence will come through the European Energy Efficiency Directive, which is now mandatory (or about to be mandatory) in all 28 EU member states. Specifically, Article 8 of the Directive requires businesses above a certain size to carry out energy audits, with the intention of identifying opportunities to improve energy efficiency. DNV GL takes a slightly different view. Energy audits on their own will not necessarily deliver a true culture change. Instead, we think that the ISO 50001 energy management standard has a better chance of doing so, because – when properly implemented – it explicitly targets changed thinking about energy efficiency. Of course, the key phrase here is ‘properly implemented.’ And because implementing ISO 50001 serves to exempt companies from compliance with the European Energy Efficiency Directive, some companies will be tempted to see it as a ‘box-ticking’ exercise. And box-ticking exercises are unlikely to deliver the significant – and auditable – improvements in energy efficiency, which we at DNV GL have seen as a result of companies implementing ISO 50001 properly. But with a growing number of EU countries putting in place schemes to encourage ISO 50001 adoption through tax credits – as the legislators drawing up the European Energy Efficiency Directive originally envisaged – the incentive to skimp on ISO 50001 implementation is gradually diminishing. Roll it all together, in short, and it is clear that improvements in energy efficiency can do much to help Europe’s policymakers meet their objectives across a wide set of policy agendas. From energy security to climate change, and from international competitiveness to job security, cultural changes have much to offer. The stage is set. Will Europe’s policymakers follow through? Ulrika Wising is Head of Department; Sustainable Energy Use Europe at DNV GL – Energy. 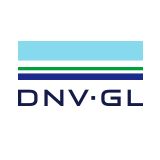 A new way of thinking about energy efficiency

Energy audits alone will not necessarily deliver a true culture change. The ISO 50001 energy management standard has a better chance of doin...

A new way of thinking about energy efficiency

Energy audits alone will not necessarily deliver a true culture change. The ISO 50001 energy management standard has a better chance of doin...