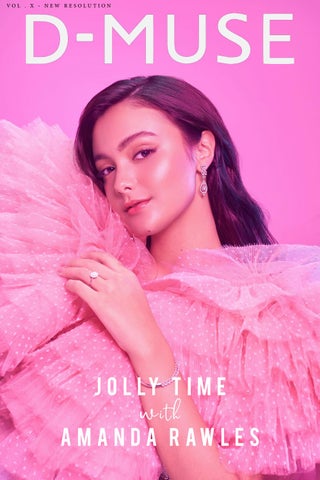 1.The Sleek Glow-Up of Kim Kar-

he’s beauty, and she’s grace; she’s Miss United States—symbolically, anyway. Such is the omnipotent reach of Kim Kardashian West, that saying she defined the decade is like saying champagne is wet. But her remarkable rise is fascinating not because it was a rags-to-riches situation, but because it was the privileged Hollywood equivalent: Kim Kardashian West turned reality TV into a bigger star-making vehicle, and a more efficient luxury fashion advertisement, than traditional movie star fame. With input from husband Kanye West and CEO mom Kris Jenner, as well as an adolescence spent studying the rise of peers (as in, actual schoolmates) like Paris Hilton and Nicole Richie, she became the most famous person on earth and an evangelist for contour makeup, beige bodycon,

A Decade Fashion It’s easy to talk shit about someone so rich and famous, but it’s hard to fault anyone— least of all an ambitious modern woman—for believing her own appeal mattered more than the Hollywood star system, and proving that her worth as an ever-present, Internet-powered icon of the people was the 2010s version of Cleopatra, Marilyn Monroe, or Aphrodite herself. After all, what is a goddess but someone who knows acolytes are the ultimate accolades?

espite fashion’s eternal obsession with thin blonde women, the 2010s brought people of color to the industry forefront in ways that were long overdue. While Kerby Jean-Raymond made Pyer Moss a beacon of new American style, Dapper Dan claimed a multifaceted Gucci contract after being “referenced” (but basically copied) on the runway. Christopher John Rogers debuted his first New York Fashion Week collection in September (everyone totally freaked; standing ovation), while Aurora James and Victor Glemaud continued to win shoppers’ hearts (and their money) with elevated staples for all different style tribes.Runways finally

had an influx of many models of color, too, including the Valentino campaign stunner Adut Akech, Tennessee cool girl Binx Walton, and Sports Illustrated sweetheart Halima Aden, who made history as the magazine’s first-ever swimsuit model in a hijab. And let’s not forget Lupita Nyong’o, Gabrielle Union, and Yara Shahidi, who scored campaigns for Miu Miu, Rodarte, and Coach respectively.

3. Every Body Is a Fashion Body

peaking of Sports Illustrated, it reached another milestone in 2016, when it chose plussize supermodel Ashley Graham as its Swimsuit Edition cover star. Graham went on to walk for the body-positive mogul Christian Siriano, plus Michael Kors, Prabal Gurung, and more designers, and became a face of Revlon and David Yurman. Other brands like Marc Jacobs, Swarovski, and Levi’s cast plussize faces for their own campaigns, while model Jillian Mercado starred in ads for Nordstrom, Diesel, and Calvin Klein by posing in her wheelchair.

Millennial fashion writer Sinéad Burke became the first little person to attend the famousMetGala; it was this season, as a guest of Gucci. She also appears on covers for The Business of Fashion and British Vogue, and hosts a podcast with fashion icons like Victoria Beckham and Adwoa Aboah. Labels have taken notice, with Tommy Hilfiger creating an adaptive collection for differently abled bodies and Rodarte pairing with Universal Standard to create its first-ever expanded size range. When role models become actual models, systemic change starts to become a thing of beauty. Let’s keep it up

en years ago, see now, buy now was the phrase that would “save” retail from the increasing gap between Internet interest and boutique availability. Instead of waiting six months for a runway collection to hit shelves—or worse, getting impatient and buying the fast fashion equivalent a month later—consumers would ostensibly be thrilled to pay full price for instant gratification. The thing is, they weren’t, because runway shows aren’t about selling looks;

they’re about creating an iconic cultural moment. Now, designer clothes get delivered to stores in small micro-shipments so luxury boutiques can refresh the sales floor every few weeks, just like H&M and Zara. As for runway-to-real-life FOMO, it’s still a thing, but now that YouTube hauls show people’s constant closet refreshes, having an under-the-radar outfit you didn’t see on the runway is often more of a flex.

t’s not often you drop everything and demand to become another person, but Phoebe Philo made me do it. As creative director of Céline, she strode onto her spring 2015 runway in a messy bun, a sweater, a pair of wide-leg black pants, and Adidas Stan Smiths. She had a hair elastic on her wrist. She had silver double hoops in her ears. I can’t tell you anything about Céline’s actual collection that season (sorry!), but I can recount, in precise detail, how I felt seeing a grown woman at work, looking like a grown woman at work. To put it simply, it felt like I finally had a chance in this crazy gluten-free-stiletto-sharp style world. It felt like winning what I knew I deserved. Critics and BuzzFeed called it normcore,

the practice of making really regular clothes but making them in gorgeous fabrics with subtle, elevated tricks that only true fashion snobs would see. There were Balenciaga’s Bernie Sanders beanies, Isabel Marant’s coveted yet anonymous gray sweatshirts, Birkenstock’s Rick Owens rollout, Vetements’ absurdly pricey hoodies, and so many Crocs. The result was a little ridiculous when done for a hypebeast effect—the Emperor’s Used Clothes, so to speak—but when Philo and her female contemporaries like Stella McCartney and Margaret Howell made posh plainclothes collections that made it easier to move through the world as a woman of alluring influence? It wasn’t artifice; it was just a boss move.

6. The Rise of the Celeb Creative Director

n the 2010s, there were two types of fashion people: those who could name the creative directors at every major house and those who weren’t actually fashion people. That’s because love in the time of Instagram felt a lot like name recognition, and designers became increasingly fueled by their own signature genius instead of the “house codes” (read: repeating aesthetic patterns) that traditionally stoked a brand’s fashion fire. During Alexander Wang’s short but sweet Balenciaga tenure, the party-loving designer was name-checked in lyrics by Nicki Minaj and Jay-Z (who also drops Tom Ford—not Molly). Speaking of Mr. Ford,

he nabbed Golden Globe nominations for his film Nocturnal Animal for Best Director and Best Screenplay. Also in the film world, Jeremy Scott was the subject of a critically acclaimed documentary after becoming creative director at Moschino. And Hedi Slimane’s unparalleled appeal with surfgoth aristocracy proved he could sell the same knife-thin jeans and die-for-it blazers at Dior Homme, Saint Laurent, and Celinenot-Céline just by being himself. (Riccardo Tisci’s revamp of Burberry and Nicolas Ghesquière’s takeover at Louis Vuitton are similarly beloved for adhering to their own aesthetics instead of a rigid brand heritage.)

Here are some not-so-basic ideas for giving festive a whole new name this holiday season. Come out of your comfort zone and put on something bold, or sparkly.

Nusa Dua Beach Hotel & Spa has received the Agoda Gold Circle Award 2019 and Agoda’s 2019 Customer Review Award. The Awards ceremony was held on Saturday, 23rd November 2019 at The St. Regis Bali Resort Meanwhile, the Agoda’s 2019 Customer Review Award is given to Hotels & Accommodation partners with scores of 8.0 or above. The score is judged on genuine Agoda customer post experience reviews based on five key criteria including location, service, cleanliness, facilities and price“I would like to thank the Nusa Dua Beach Hotel & Spa, Bali team for their hard work to achieve these prestigious awards” said Jamal Hussain, General Manager of Nusa Dua Beach Hotel & Spa.

.The Nusa Dua Beach Hotel & Spa is the pioneer of luxury accommodation within the Nusa Dua area. This 5-star diamond resort, has been welcoming kings, queens, presidents and other dignitaries since its grand opening. Nestled within beautifully landscaped gardens, the resort, with its 382 guestrooms and suites, features all the elegance of a Balinese palace, while offering modern amenities. The Nusa Dua Spa is designed to highlight its rich Balinese tradition with a variety of indigenous treatments. Dining at Nusa Dua Hotel & Spa is an epicurean journey with a choice of five restaurants and four bars under the close watch of an award-winning culinary team 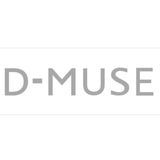