Blues fans reach to touch the Stanley Cup as the team’s Brayden Schenn walks it toward the Gateway Arch on June 15.

Your guide to NHL All-Star Weekend in St. Louis

t’s been more than six months since the Blues won the Stanley Cup. The current season is halfway over. Yet we still have stars in our eyes. Next week, St. Louis hosts the NHL All-Star Game, a multiday hockeypalooza. Or, for the starry-eyed, hockey heaven. There’s a Fan Fair inside Union Station, a 5K run, chances to hobnob with team alumni, ice

skating in the shadow of the Gateway Arch and live music in the streets outside Enterprise Center, where the main event takes place. And this year, the stars have aligned: The last NHL team to host an All-Star Game after winning the Stanley Cup was the Edmonton Oilers in 1989. Is this hockey heaven? No, it’s St. Louis. Here’s a guide to some of the week’s star attractions.

ANY REGULAR PRICED RED WING over $150 SHOE OR BOOT

Not valid with Worx & Carhartt brands.

Must present coupon. Not valid with other offers. Expires 2/29/20

VISIT THE STANLEY CUP AGAIN — OR FOR THE FIRST TIME

A fan puts his hand on the Stanley Cup at the 2017 NHL Fan Fair in Los Angeles.

Lord Stanley’s Cup has certainly made the rounds since the Blues won the Stanley Cup Final in June. If you didn’t catch the famous trophy — or if you want to see it again — the hardware will be on display in front of a cool, hockey-themed background at the Fan Fair, Jan. 23-26. “We made this plan to come to St. Louis for the All-Star Game well before the Blues won the Stanley Cup,” says Steve Mayer, the NHL’s chief content oﬃcer. “So this is super-exciting and very, very, very unusual that the All-Star city is also the host of the Stanley Cup champion.” The NHL tries to tailor each Fan Fair to the fans and venues of the hosting city, and this is about as personal as it gets. DOWNLOAD THE NHL FAN ACCESS APP If you’re going to the Fan Fair, a hall of activities inside Union Station, NHL Fan Access is a necessary download: It will be updated with last-minute changes and additions of player and alumni appearances and other special events. The app includes maps, chances to win prizes, and ﬁlters and frames for sharing your photos on social media (#NHLallstar). “The fans have really appreciated the minute-byminute real-time updates they get with that app to understand what’s going on, not only at the Fan Fair but also at all of our events in St. Louis,” Mayer says. GET A GRIP, AND TAKE A SHOT The Fan Fair will give visitors plenty of chances to play hockey in all types of venues — from air and bubble hockey games inside the Dunkin’ Hockey House to a chance to shoot pucks into stacked washer-and-dryer units at the NHL Network Target Practice. An area for kids will include activities such as a ball hockey rink, and guests can test their aim at the Ticketmaster NHL Accuracy Challenge or show oﬀ their slapshot at the stltoday.com/go

$10-$18 for children, seniors, college students and military; free for ages 2 and under MORE INFO • nhl.com/fanfair

GEICO Speed Shot Challenge. “We always get the great smiles on anything that we put together where somebody puts a stick in their hands and shoots a puck,” Mayer says. “They’re something families can do together. They’re interactive. They love that stuﬀ.”

Blues center Ryan O’Reilly skates the puck into the oﬀensive zone during the ﬁrst period against the Chicago Blackhawks on Dec. 14 at Enterprise Center.

VISIT (OR BUY) A PIECE OF HOCKEY HISTORY The Hockey Hall of Fame brings an exhibit to the Fan Fair that showcases the history of the Blues and professional hockey in St. Louis, along with the history of the All-Star Game. Oooh and ahh all you want, but items there aren’t for sale — visit the Fanatics booth and the oﬃcial merchandise shop for that. You can take home the usual hockey memorabilia, along with items such as limited-edition, inscribed and game-used items from NHL Auctions. And you’ll be able to snag a piece of fresh history, like game-worn gear from All-Star Weekend. S. Preston Art + Designs will oﬀer limited-edition sketch prints and hockey-themed artwork.

CHEER FOR LOUIE — OR 28 OTHER TEAM MASCOTS Players from all the NHL teams come together to play in the All-Star Game, and so do their mascots: Louie from the Blues, of course, along with Bernie, Bailey, Sparky, Gritty, S.J. Sharkie — all 29 of them (two teams don’t have mascots). The costumed creatures will compete in four days of relay races, musical chairs, jousting and actual ice hockey, which, as you’d imagine, gets awkward. In between competitions, the mascots will roam the Fan Fair, greeting fans and posing for photos. “There’s a lot of people in St. Louis who are fans from other cities — fans of other teams,” Mayer says. “(The All-Star Game) sort of brings out a lot of diﬀerent uniforms and people’s allegiances.” 

“History Made,” detailing the St. Louis Blues’ road to the Stanley Cup, is on display through Jan. 26 at the Missouri History Museum.

shipment and gifted the rare crustacean to the aquarium in honor of the Blues’ 2019 Stanley Cup Final victory. The lobster is one in 2 million, its coloring the result of a genetic mutation. Fans selected Lord Stanley’s name in an online vote, and his likeness is found on shirts and as stuﬀed animals at the aquarium’s gift shop. WHERE St. Louis Aquarium at Union Station, 201 South 18th Street • HOW MUCH $18-$25 • MORE INFO 314-923-3900; stlouisaquarium.com

LEARN ABOUT THE BLUES AT THE MISSOURI HISTORY MUSEUM

After the Blues won the Stanley Cup, Missouri History Museum historians worked with the team to assemble an exhibition that told the story of the underdog players and

their path to “Gloria.” “History Made” includes more than 20 objects on loan from the Blues and is on view through Jan. 26; on that day, 10 a.m.-5 p.m., visitors can also stop by the Black History Hockey Tour Truck. Both the museum exhibit and the truck are free. WHERE Missouri History Museum, 5700 Lindell Boulevard • HOW MUCH Free • MORE INFO 314-746-4599; mohistory.org/society

The NHL’s American Legacy Black History Hockey Tour Truck will make several local stops during All-Star Weekend. The 525-square-foot mobile museum celebrates more than 200 years of achievement in black hockey. Every black NHL player is represented on a “Wall of Pucks,” and the truck gives a look ahead to the next generation of players, oﬃcials, broadcasters and women in

hockey. The truck is touring the country through March. SING ‘GLORIA’ — OR SING ALONG WITH GREEN DAY AND O.A.R.

Fans already know Green Day will perform during the All-Star Game on Jan. 25. It’ll be a brief show during the ﬁrst intermission, during which the band will perform “Fire, Ready, Aim,” the season’s

theme song for NBC Sports Wednesday Night Hockey. Green Day also will perform a mini-concert outside, at 14th and Market streets, at the 5 p.m. pregame event Jan. 25. The rock band O.A.R. performs Jan. 24 at the NHL All-Star Skills Pregame Event, which starts at 3:30 p.m. at the same location; fans can enter the area at 2:30. GET YOUR BLOOD PUMPING BEFORE THE BIG GAME

Why not get warmed up before the All-

Star Game? This downtown 5K is as Bluesy as you can get. NHL All-Star 5K participants will get a blue, All-Star Game-themed race shirt and bib, a medal for ﬁnishing, an electronic timing chip, refreshments and a chance to win Blues prizes. WHEN 9 a.m. Jan. 25 • WHERE Starts at 18th and Market streets • HOW MUCH $35-$45 • MORE INFO nhl.com/blues/fans/all-star-5k

CHEER FOR OUR BLUES AND A ST. LOUIS NATIVE

St. Louis is the starring, hosting city, so we’ve gotta cheer for our stars in the game: Blues goalie Jordan Binnington, defenseman Alex Pietrangelo, forward Ryan O’Reilly and forward David Perron were chosen to play for the Central Division. Matthew Tkachuk, who grew up in Chesterﬁeld and attended Chaminade, plays for the Calgary Flames and represents the Paciﬁc Division. WHEN 7 p.m. Saturday • WHERE Enterprise Center, 1401 Clark Avenue • HOW MUCH Sold out • MORE INFO stlblues.com 

HIT THE ICE FOR YOURSELF

Kiener Plaza serves as “celebration point east” for NHL All-Star Week, with events centered on a temporary ice rink. From 1 to 4 p.m. this Saturday, a One Nation Celebration will include giveaways, raﬄes, face painting and more. Charles Glenn will perform free concerts at 1 and 3 p.m. From noon to 2 p.m. Jan. 26, St. Louis Blues Youth Hockey invites kids ages 4 to 9 to learn basic hockey skills such as passing, stick-handling and shooting, and they will get a chance to play some pond hockey. The experience is free, but registration is required at nhl.com/blues/ community/winterfest-hockey. Players will compete in Winterfest 3-on-3 Hockey Classic games throughout the week, with a championship this Saturday. Games are played from 8:30 a.m. to 1 p.m. From Jan. 22-26, the rink will be open daily for public skating. Admission is free, and skate rental is $12 adults and $7 for ages 3-15. The rink is open 4-8 p.m. Wednesday-Friday, and noon-8 p.m. Saturday-Sunday. Kids can rent skates for free on Friday, courtesy of the Blues. WHERE Kiener Plaza • HOW MUCH $7-$12 • MORE INFO archpark.org/events/winterfest

The neon sign at the Arena on Oakland Avenue before the team’s first National Hockey League season in 1967-68.

WERE YOU THERE? LOOKING BACK AT PAST ALL-STAR GAMES

Players are introduced before the Skills Competition, part of the 2019 NHL All-Star weekend, in San Jose, Calif.

The only other NHL All-Star Games in St. Louis were in 1970 and 1988 at the St. Louis Arena, which was demolished in 1999. In 1970, seven Blues players played in the All-Star game, including Jacques Plante, Barclay Plager and Red Berenson. An All-Star Game dinner was held the night before the game at the Khorassan Room at the Chase Park Plaza; that year, for the ﬁrst time, the $25 tickets were available to the public. The 1988 game was dedicated to Plager, who had become a coach but died at age 46 of a brain tumor, three days before the game. The Arena got a bit of a makeover before the All-Star Game, with yellow paint on outside handrails and updates to the bathrooms and press box. “It looks good for a 58-year-old facility,” a general manager told the Post-Dispatch at the time. “The comments we hear is that it looks clean and it smells clean.”

Enterprise Center, the Blues’ home arena since 1994, thankfully has raised that bar. (The venue previously has been named Scottrade Center, Savvis Center and Kiel Center.)

Skaters hit the ice Dec. 31 for Winterfest at Kiener Plaza.

GENUINE LEATHER FOR THE PRICE OF

WE DID IT! Long-suffering Blues finally hoist the Stanley Cup

We Did It St. Louis Post-Dispatch Front Page Jigsaw Puzzle

(NOT THE FAKE STUFF)

AMERICAN MADE AND CUSTOM

FOR YOU IN LESS THAN 3 WEEKS OR CHOOSE FROM 700 FABRICS! 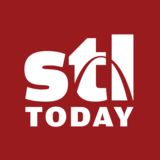