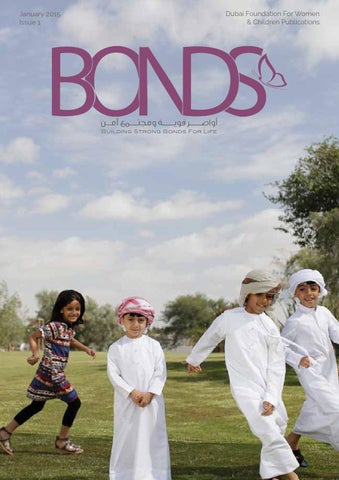 She Says The Dubai Foundation for Women and Children is a place where the abused find a safe haven, where they are transformed to face the world with inner strength and power, through a team that hopes to make a change every day in the lives of those who need it the most. Raising awareness in the community is a great responsibility that we have taken upon ourselves and by that we launch this magazine because we aim to strengthen bonds not break them and we aim to tell you how to deal with the moments that leave you confused and helpless. We aim to prevent you from harm, we aim to acknowledge those who have supported us throughout this journey and we aim to tell you our storyâ&#x20AC;Ś

Hero in The Shadow

The Dubai Foundation for Women and Children (DFWAC) is the first licensed non-profit shelter in the UAE for women and children victims of domestic violence, child abuse, and human trafficking. It was established in July 2007 to offer victims immediate protection and support services in accordance with international human rights obligations.

A community free of violence and abuse

The Dubai Foundation for Women and Chidren aims to alleviate violence against women and children through protection, prevention, promotion & partnership.

Hero In the Shadow

Hero In the Shadow

Mouza AlNuaimi What do you do at DFWAC? Childcare worker What was the reason you got into this job? The love of humanitarian work and taking care of children, and that’s my area of expertise, which only added to my attachment towards children and drove me to seek a job that relates to childcare. Describe a normal day at work? I spend my day with the children at the shelter from morning till they go to sleep at night. I take care of them like any mother would, from showering to breakfast, to preparing them for school and taking them to doctor’s appointments. The children are taught how to pray, languages and respect, in addition to that I make sure that their homework is done and they’re prepared for any quizzes or tests at school. During their free time they are kept busy with

drawing, coloring, and other fun activities that they enjoy before going to sleep. They are supervised from time to time by a childcare specialist who evaluates each child’s behavior and reports it. How does this experience affect you? A very positive impact, in which my love for working in this field has increased especially in terms of dealing with children, and making the right decisions for them and easing their pain and raising them the best way possible. I’ve acquired more experience, patience and respect towards the responsibilities of this role. How does this job affect your personal life? It definitely boosted my self-confidence, and developed my interpersonal skills and being a mother to children of my own in the future. When the pressure is high, and

you hear and deal with sad stories, how does it make you feel? Thank god I don’t feel pressured most of the time, since the foundation offers many workshops that help me to deal with that, and if ever I feel pressured it increases my drive and motivation to act with the children as their mother. What do you to do unwind? I work out when I can, play with children and plan family gatherings in addition to prayer and Quran. The religious aspect plays a big role in reenergizing me for another working day. How does it feel to be making a difference in the lives of victims every day? I’m very grateful and happy to be able to help those children, even if it’s a daily routine job, but being a positive impact in the life of a child is very rewarding.

dfwac #GoodMorning .. a picture of the play therapy room at DFWAC

Dubai Foundation for Women and children contribute in

the UAE in the field of taking care of women and children. During the visit His Excellency Dr. Abdullah Al Khayat, welcomed Queen Silvia, saying that the Dubai Foundation for Women and Children is proud and honored of this visit, praising the important humanitarian role played by Her Majesty Queen Silvia, particularly in children and women›s issues. H.E Afra Al Basti, thanked Her Majesty Queen Silvia and her accompanying delegation on their visit to the Foundation, praising Her Highness›s efforts in support of children›s issues in particular, stressing that the global forum for children to be held for the first time outside of Sweden in Dubai, represents an important support to the regional and international efforts to provide more care and protection of children and to ensure their rights in the region and the world.

Motherhood and Childhood. Shaikha Al Mansouri, Assistant Director-General for Corporate Support at DFWAC represented the Foundation in the MOU signing while Henrik Holmquist, Operations Director of Global Child Forum signed the agreement on behalf of the Forum. Henrik Holmquist, expressed his delight for signing the agreement, saying: “We thank the Dubai Foundation for Women and Children for their efforts and their cooperation with us throughout the past period, which had a profound impact on organizing the last session of the Global Forum for children in Dubai as required, and we

hope that the Forum is just the beginning of further cooperation in many other initiatives.”

A piece by The Guardian UK

Rule of Thumb A judge reportedly states that a man may beat his wife so long as he uses (a rod not thicker than his thumb). Many people consider this to be common law throughout the 19th century.

Law of Coverture At the point of marriage, a husband became legally responsible for the actions of both his wife and children. This meant he was entitled to use physical or verbal abuse to control their behaviour.

Married Womenâ&#x20AC;&#x2122;s Property Act Before 1870, when a woman married, her property automatically became her husbandâ&#x20AC;&#x2122;s. After this act, any money she earned or inheritedwhilemarriedstayedhers.

Curfew on wife beating This city of London byelaw made hitting your wife between the hours of 10pm and 7am illegal because the noise was keeping people awake.

Matrimonial Causes Act This act marked a big change in divorce law. Before, a wife had to prove her husband had been unfaithful and show evidence of other faults. After 1923, adultery could be a sole reason for divorce for women as well as men.

Contraceptive pill Contraception was made available on the NHS irrespective of marital status or husbandâ&#x20AC;&#x2122;s permission.

1975 1976 1977 1988 This was the first legislation dedicated to combating domestic violence. It gave survivors new rights by offering civil protection orders (injunctions) for those at risk of abuse.

Housing Act (Homeless Persons) 1977 Women and children at risk of violence were acknowledged as homeless. This meant they gained the right to state-funded temporaryaccommodation.

Rents became deregulated making it harder for survivors of domestic violence who tried to escape and find private accommodation. Though some argue it helped by developing more supported housing and refuge services.

Marital rape criminalised Before 1991 it was a husband’s legal right to rape his wife – marriage implied consent for sexual intercourse. This was the first time a woman had legal protection from marital rape.

Family Law Act Part IV Important changes to this law gave police automatic powers of arrest where violence had been used or threatened.

Inter-ministerial group on domestic violence is established This group received crucial evidence on the scale of domestic violence and use of refuges. Women’s Aid played a significant role in providing testimony.

Domestic Violence, Crime and Victims Act This made common assault an arrestable offence. This meant that police could arrest a suspect immediately, rather than leaving them with someone vulnerable while they applied for a warrant.

Home Office publishes Domestic Violence: A national report This report was seen as government›s first public commitment to taking responsibility for tackling the issue through policy.

Goverment strategy is set out to end violence against women and girls The strategy developed a 2011 plan which included financial commitments to support rape crisis centres and specialist training for health workers in the treatment of survivors.

Clare’s law A law is implemented across England and Wales giving people the right to ask police about a partner’s history of domestic abuse.

Name: Ruby Kennedy Age: 50 Marital status: Married Kids: 2 What does it take to maintain a stable family? • Communicate • Have at least one meal a day to share anything coming up or what happened • Define the aspect of family and how important it is

What They Say Name: Masooma Al Moosawi Age: 50 Marital status: Divorcee Kids: 2 What does it take to maintain a stable family? • Find and stick to common values and principles • Highlight and respect the meaning and the value of a family

Tips&Signs Domestic Violence Domestic violence is a type of violence that occurs between family members and intimate partners which usually takes place at home. It is the use of force by a person to maintain power and control over the other. Abuse is never the victim’s fault, it happens to people of all ages, races, and religions

Verbal & Emotional Abuse Name calling, yelling, criticizing, neglecting, intimidating through facial expressions, actions and tone of voice, controlling where they go, and whom they talk to.

Sexual Abuse Forcing someone to engage in sexual acts or watch pornography against their will.

What can you do if you face any type of abuse?

• Develop a safety plan and discuss it with your children. • Seek counseling, psychotherapy, and support for you and your family.

• CALL the police if you are in danger, get a medical report in case of any type of physical abuse, make sure you take your money, car keys, clothes, passports and important documents for you and your children.

Barriers that stops a victim from seeking help or leaving The victim fears threat, physical harm, losing children, or the blame of others, still loves the abuser and hope she/he will change.

Remember Getting out of an abusive relationship is not easy, however, help is available. Learn how to protect yourself and seek your options, always be prepared and careful. Abusers try to control the victim’s life, and when the victim attempts to leave they get worse. If an argument seems unavoidable, move to another room or an area with easy access to an exit.

Financial Abuse Making a person financially dependent and try to keep her from getting a job.

Dubai Foundation for Women and Children received the Number One award for Care and Rehabilitation Services at the second annual award ceremony of the Hamdan Bin Mohammad Award for Smart Government under the patronage of Shaikh Hamdan Bin Mohammad Bin Rashid Al Maktoum, Crown Prince of Dubai and Chairman of the Executive Council. 12 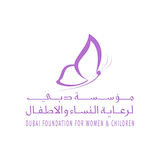