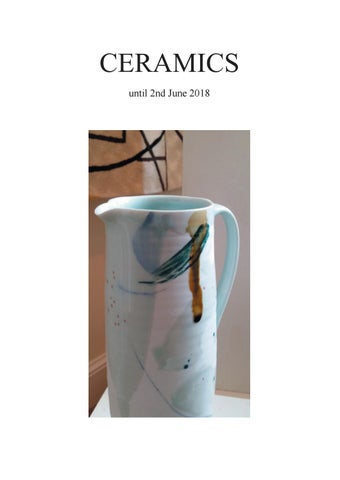 ‘The exuberant action of throwing is enhanced by a continued experimentation through process, form and colour. Mark Making is intuitive, sometimes relating to form, or process of making, sometimes it’s part of a personal narrative.’ -Adam Frew

Sue Ure started learning to throw at 17, and since then the fascination of taking a supple tactile material such as clay and finishing with an enduring and potentially functional object has not diminished. Her studies began with a short apprenticeship with the renowned potter Emmanuel Cooper, followed by a degree in Ceramics and Ancient History which inspired Sue’s interest in ancient artefacts and design.

In the 1990s she moved from her native London to sunnier south-western France which has had a noticeable impact on her palette and the pared down simplicity of her forms. One of the pleasures and challenges of craft, Sue believes, is that one is constantly learning and adapting, however long one has been a maker.

Informed by William Morris’ s celebrated maxim “Have nothing in your house that you do not know to be useful, or believe to be beautiful,” both Sue Ure Ceramics and Sue Ure Maison form a constantly evolving collection with colour, form and functionality at their heart.