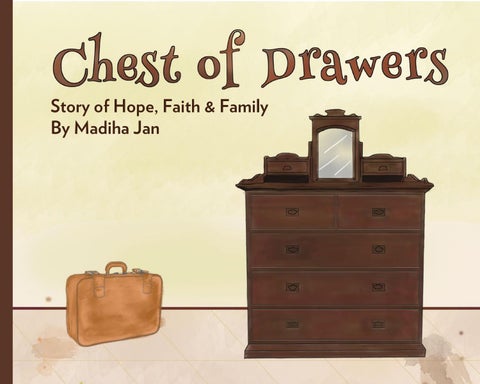 Dedicated to my grandfather, Mohammad Ikram, who taught us the real essence of faith, hope and family.

It was nearly time of our summer vacations. I was so excited because this year my parents decided that we will spend our vacations with our grandparents who live in Karachi, which is another city.

My father bought the train tickets and my mother got busy in packing all our stuff. Finally that day came when we got on to the train and head towards our grandparents house.

When we reached at the Karachi train station, my uncle was there to pick us. At last we were at our grandparentâ&amp;#x20AC;&amp;#x2122;s house and there were lots of warm hugs and kisses and joy and laughter.

Every year on August 14 we celebrate the Independence Day. We decorate the outside of our house with the bunting flags and light the candles and listen to the national songs. That year at our grandparentâ&amp;#x20AC;&amp;#x2122;s house when we were decorating the house, Nana Abbu was watching us with a great spark and hope in his eyes.

When we finished all the decorations, he called us and said that he will tell the story his family when they migrated from India to Pakistan. We all gathered around him and also Ammi ji was there too. She was sitting on her bed; she had most glowing face and white silver hair. Nana Abbu started telling the story.

â&amp;#x20AC;&amp;#x153;When partition of India was announced, there was great chaos and confusion. Neighbours became enemies; mobs started killing innocent people all in the name of religion. Our family decided to migrate to Pakistan. Abba ji (my father) bought the airline tickets for Ammi ji and my 7 siblings.

Abba ji and I did not go at that time because of our jobs. I was in American Embassy and Abba ji was in home ministry, they said that we cannot go right away unless our work was finished and the offices were move to Pakistan.

On the morning of 14 August, 1947 Abba ji dropped Ammi ji and my siblings to Delhi airport and instructed them that airport crew will call your number and board you in the airplane.â&amp;#x20AC;?

We reached at Karachi airport in the evening. We did not know where to go. I had 7 children with me and the youngest, Khalidah, was only 5 months old. There were refugee camps for people who were coming from India.

By the grace of God one of our family friends Abdur Rahman saw us at the airport. He enquired about Abba ji and Ikram. I told him what happened, without any hesitation he took us to his place, where we stayed with his family for four months.

In these four months I assigned Anwar and Shafqat to go to airport and railway station on alternate days for a whole day, to see if their father and brother had arrived.â&amp;#x20AC;?

Meanwhile back in India, Nana Abbu said, when Abba ji came back to our house, his friend Deen Mohammad was with him, one of the mobs saw them going inside the mansion. It was time of Zuhar prayer so Abba ji started praying.

After a few minutes Deen Mohammad started shouting Islam hurry up mobs are trying to break in. Abba ji finished his prayer, he grabbed his coat and they both exit the house from the back door.

Mobs were behind them, they ran to a near masjid where Muslims were praying. They entered into the washroom of the masjid and locked the door. Few minutes later they heard the screams and shouting of the people. They stayed in the washroom for whole day and night without any food and drink.

Next day when they opened the door they saw the pool of blood. Mobs killed all the people who were praying in the masjid. Somehow they reached at a refugee camp.

I was at work when Abba ji dropped Ammi to the airport, when I came back home, it was open everything was upside down and Abba ji was not there. I got worried, I asked the neighbours if they know anything, but they did not know about him. I knew that Abba ji will not be back here and I have to look for him.

As I was working in American Embassy, I had a jeep with an armed officer, so no one would dare to come near me. They arranged an accommodation for me, but time to time I would go back to our home to see if Abba ji was there. Sometimes people would say that weâ&amp;#x20AC;&amp;#x2122;ve seen your father at so and so place, so I would go there to find him but all in vein.

Two months went like that, our office was transferring to Pakistan so, my accommodation ended there. I could not go back to my home; I started living in a refugee camp. Every day the armed guard in the jeep would come to pick me for the work and dropped me back at the camp.

Almost a month and a half went by. I was hoping to find Abba ji and finished the work from here and wanting to meet my family in Pakistan. One evening I was circling around the refugee camp to see if anyone needs my help but to my surprise I saw Abba ji helping an old man. I never felt happy like that in my life before. I thanked God and rushed towards him and shouting Abba ji, Abba ji……. He turned back and looked at me. I could never forget that smile. We hugged each other and stayed like that for quite some time. I bombarded him with so many questions and he just put his hand on my shoulder and said “Son I am fine.”

Abba ji took me to his camp; I saw few things from our home. He said that sometimes he went back home to see if anything could be recovered. Nana Abbu pointed towards the chest of drawers and said â&amp;#x20AC;&amp;#x153;Abba ji made that by himself in India and he found it at our place and took it with him.â&amp;#x20AC;?

After few days at my work I found out that we can go to Pakistan. They arranged for the airplane ticket, I asked them to give me two tickets. They booked our tickets to Karachi. We were so excited but also a bit worried, because we donâ&amp;#x20AC;&amp;#x2122;t know where is the rest of our family is. So hoping for the best and with faith in our hearts we landed at the Karachi airport. To our surprise we saw Anwar at the airport waiting for us. He told us everything on the way till we met the rest of our family.

Finally the moment came which I was anxiously waiting for the last four months. It was a heart touching moment for all of us. The whole house was full of joy, laughter and eyes filled with tears. We were so blessed to have a wonderful friend like Abdur Rahman, who took care of our family during this hard time. After 2 months Abba ji got a flat at martin road. We moved there, where a new chapter of our lives began.

Facts About Partition of India The Partition of India split British India into the countries of India and Pakistan in 1947. This partition was part of the end of British rule over the Indian subcontinent, called British Raj. The partition was caused in part by the Two-nation theory presented by Sir Syed Ahmed Khan, due to religion issues. Pakistan became a Muslim country, and India became a mainly Hindu country. The main spokesperson for the partition was a Muslim called Muhammad Ali Jinnah. He became the first Governor-General of Pakistan. Once the lines were established, about 14.5 million people crossed the borders to what they hoped was the safety of their religious majority. Huge numbers of people moved across the border between the two newly formed states.

The population of undivided India in 1947 was about 390 million. After partition, there were 330 million people in India, 30 million in West Pakistan, and 30 million people in East Pakistan (now Bangladesh). The newly formed governments were unable to deal with migrations of such huge numbers of migrants. Massive violence and slaughter occurred on both sides of the border. Estimates of the number of deaths vary, with low estimates at 200,000 and high estimates at 2,000,000.

Chest of Drawers is a true story of a family who migrated from India to Pakistan after the partition of India in 1947. It portraits their hardships which they went through in this hard time .

The Chest of Drawers intent was to tell a historical story to kids and raise the awareness of incident which happened in 1947. The challenge was to illustrate the story in a pictorial way that can be easily understood and relatable by kids. The story is about a family who migrated from India to Pakistan. The water colour inspired illustrations highlight the obstacles and hardships the family went through. 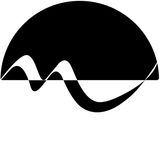