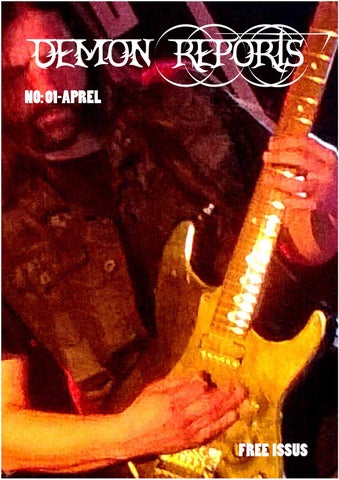 fter a long time I leave the former black metal band is back with a new release that is full of excellent moments and excellent harmonizing melody. On this issue can be immediately hear generical sound that prevails throughout the album, not in a bad way, well I deliberately incorporated generical sound blends with the rest of the album, it can also been noticed that this band combinated variety of genres and influences on this album. the impact of melodic metal can be heard most, their distinctive black metal sound can be heard in certain moments, as well as the influence of progressive metal which at least has the influence and of course death metal in certain moments on the album and all these influences create a cosmic compound and totally drags in another dimension and world creates full

satisfaction in the revolution of sound, Tehnical are very precise and very accurate and if it is a generic sound, acoustics is excellent, production too, but I have a complaneof vocal can not be hear properly, because the volume completely dominates in compared to the vocals, and that certain moments on the album are too monotonous and repetitive, Mostly Keep of Kalessin are virtuosos of the sound I have complete control over their sound, this band is one of the rare bands that when they create something new and different there cna show it, worthy of attention and listening and the band that should be better known and more accessible to listeners, and which I think is one of the best metal bands in the evolution of sound and should pay attention on them.

tmospheric black metal Germans created the edition that is absolutely done to the furthest limits of perfection, this band is technically so great that their way of playing at the level of perfection, acoustics are phenomenal, the production is excellent, there are not many objections to this edition, this edition brings you in the dark, hopeless world of blackness that this implies deep into madness in fact true black metal and what it should be, this band is anonymous and deserve to have as many listeners, rightfully deserve the right to have better and better known than many bands.

2.From the Very Depths

3.The Death of Rock’n’Roll

egendary British multi metal band who are true legends of metal thrown out a new release thatâ&#x20AC;&#x2122;s all except bad. This album represents everything that the band was building for years. Album is ideal itself completely, And they always stayed true to themselfes and their style and on this album of course . Technical awesome and perfect. Acoustic is phenomenal and production compared to earlier releases something else entirely ideal. Thereâ&#x20AC;&#x2122;s nothing much to talk about this legendary band. On album it can be heard also that one of the songs is recorded live, and when You are listening to a song you got the impression that the audience was in the studio with the band. legends live forever. Venom fits the sentence. This band will always remain synonymous with the true essence of metal music and the true gods of metal.

sraeli black metal band with specific sound not very much known to the public has created a new edition after a long time. The new edition, which itself is arranged in a specific and particular , as the band knows how. On this album it can be noticed how Melechesh is the band that is true to themselfes and their style of music expression which is quite unusual for the metal and its direction is already known as Mesopotamian metal, I should add that on this album was no exception so that I present here a mixture of black metal with Middle Eastern music , On this edition we can notice that technically almost came to the

perfection and precision that accurate and clear acoustics is great as well as production, criticism that bothers me here is that the greater part of the album is present generic vocals that spoils the whole impression the edition, one more thing the band combine the mint all It managed to hold ballast this strange mixture of Middle Eastern music and black metal, this combination is a real trans in every sense and this band deserves greater attention of the public and listeners So Melechesh takes us into one a world that is completely diferent of everything which combines culture and power of metal music, Melechesh is a band that broke some limits in this genre and the band that has just the right ascent.

ne of the better-designed and stylish fully uniform cover. Author Spanish ilustraaror Mario Sรกnchez is his idea masterfully conveyed to the illustration and through totally polished typography that completes the story. he concept of the cover is a standard central position is intended for illustration header band logo and album name footer. So that the author went on a checked method of composition. รกnchez has demonstrated how good illustrator and proven knowledge in programs at the central illustration that is characterized by an abundance of detail and hyper-realism, which is combined with minimalism, which gives an elegant and well-rounded tone. ypography is typical of gothic direction in music. Elegatni san-serif font nt that blends into the background. HIS is one of the few entirely of finished cover so that deserves praise.

he dark influence of evil, and the Satan (Lucifer) contribute to a new understanding looked at the world through this journey into hell comes to a contempt and hatred for all life celebration of evil and going to the darkest place most cripiest place, the transformation of the departure of eternal torture in hell , the flame that burns all what is good, there is a full moon night and called in the very depths of darkness, ready to sacrifice Virgin blood sacrifice of his offering you yearning for eternal abyss also looks a detailed description of the song, which was written as a hymn of hate towards life according to Christianity is what I imply glory dark Lord, basically meaning of poems knowledge of his dark side and acceptance of it, through the depths of the mind and soul encounters contempt own shadows, the agony of life resulting from the new rebirth in hell. Hail the Dark Lord hopelessness.

Halestorm- Into the Wild Life

Shining - IX / Everyone, Everything, Everywhere, Ends

Unleashed - Dawn of the Nine

SONG OF T HE MONT H

ayhem is a Norwegian black metal band formed 1984 in Oslo, regarded as one of the pioneers of the Norwegian black metal scene. Mayhem’s career has been highly controversial, primarily due to their violent stage performances, the 1991 suicide of vocalist Per Yngve Ohlin (“Dead”) and the 1993 murder of guitarist Øystein Aarseth (“Euronymous”) by former member Varg Vikernes (“Count Grishnackh”), of Burzum. he group released a demo and an EP that were highly influential, and amassed a loyal following through sporadic and notorious live performances, attracting further attention through their ties to the string of Norwegian church burnings and the prominent incidents of violence surrounding them. They disbanded after Aarseth’s murder, shortly before 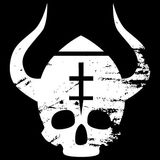 The first issue of the magazine Demon reports, which presents metal music and underground art.

The first issue of the magazine Demon reports, which presents metal music and underground art.