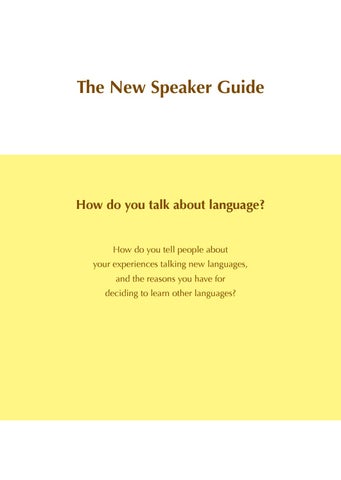 How do you talk about language? How do you tell people about your experiences talking new languages, and the reasons you have for deciding to learn other languages?

Mother Tongues was founded in January 2017 with the aim of providing advice and support for parents who are raising multilingual children. Since then, they have worked with over 300 families throughout Ireland by providing half-day courses and monthly meetings for parents, as well as one-to-one consultation on issues concerning language development and language difficulties.

The term New Speaker refers to people who learn languages in addition to what they would consider their ‘native’ or ‘own’ language, or their ‘mother-tongue’. In doing so, New Speakers transcend the dominant culture and society around them by broadening their horizons and adapting to new linguistic and social opportunities. The quotes on the following pages are extracts from conversations between Deirdre MacKenna and Agata Urbanska, Brian Thunder, Daniele Sambo, Hanneke Scott-Van Weil, Leena Nammari, Miren Manias, Nadifa Essa and Nina Bacos, who shared their stories and opinions about being a New Speaker today.

all language is an exchange

knowing only one culture makes you afraid of other cultures it means freedom, freedom to be me

I still make mistakes I need time people donâ&#x20AC;&#x2122;t see how rich these languages are or the riches these languages can give to them here, people have no idea what languages I speak language allows me to be part of daily life I lose my words sometimes they fly away sometimes arrive too late they underestimate me

speaking with an accent isn’t always a good idea... we all make paths between languages some make an extra effort some recede it’s always an exchange on both sides

Produced with the funding, support and partnership of

To celebrate UNESCOâ&#x20AC;&#x2122;s International Mother Language Day, Mother Tongues has organised its first multilingual festival which features performances and workshops in many different languages. Having a festival in which many languages are used for many different purposes is our way of showing that every language matters, no matter how big or small it is! The Mother Tongues Festival is proud to have been awarded part of the European Year of Cultural Heritage. www.mothertonguesfestival.com

Language can define individual and collective identities. It is a part of every exchange we have with other people, yet it is difficult to describe and imagine. Without language, itâ&#x20AC;&#x2122;s difficult to gain employment, access education and social services and join in with our neighbours, friends, families and community. Yet the processes whereby people learn new languages and become legitimate speakers of these languages are complex and not always well understood. 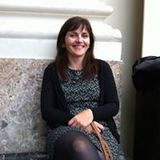 The New Speakers Guide for Dublin in English - February 2018

The New Speakers Guide for Dublin in English - February 2018