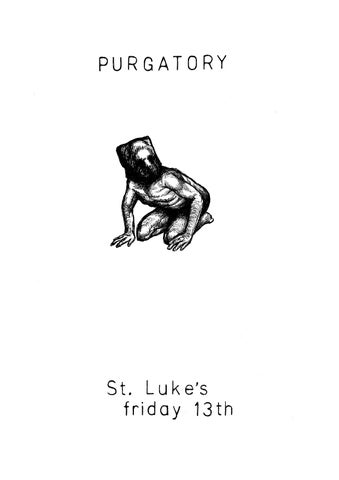 No one is glad when a girl is born. When she grows up, she hides in her room Afraid to look a man in the face. No one cries when she leaves her homeSudden as the clouds when the rain stops. Fu Hsuan Seaming To and Semay Wu are Mayming, one of the more innovative and inspiring acts in the North West. their music is charged with a variety of influences, forging a highly experimental and haunting sound that has reached an unusually wideranging audience. There's a sense of haunting torch song dramatics adapting to a new world of technical possibilities. A highly cinematic and evocative sound that shape-shift into diverse environments, turning the most unlikely of venues into their personal world. myspace.com/mayming

In the early days of the Twentieth Century a young woman attended St. Luke's church. She was friendly to other church-goers but nobody knew anything of her life away from there. But as time passed she became a sombre, then a morose presence. Soon she was never seen at the church again. Three months after she was last seen her body was discovered in a basement in Rodney Street, apparently having taken her own life. No clues to her past could be found apart from an expensive gift of a locket with the word â&#x20AC;&#x153;alwaysâ&#x20AC;? inscribed, and a casket of expensive children's clothes and toys. No sign that a child had ever lived there could be found. A woman shrouded in dark clothes was often seen in the church for years after who never revealed her face, and was never seen entering or leaving the church.

From the late Nineteenth century a priest came to work at the church. He was a feared and unloved servant to the parish but stayed there for thirty years. His later work included visits to prisons in the area where he would hear the final confessions of several prisoners. One day on his return from this work, he appeared in a state of shock and distress. He left the church the following day never to be seen alive again. His body was found five years from this time in a remote refuge with personal belongings that included several cuttings of unsolved murders, mainly homeless victims and prostitutes, but no link could be found between him and the crimes. Many people who attended the church for years after claim to have heard someone whispering the words, â&#x20AC;&#x153;god help youâ&#x20AC;?, whenever they were alone, and claim to have recognised the voice as that of the priest.

A young Spanish student came to study in Liverpool in the early 1920s. She was remembered as very bright, but withdrawn. This shyness was not helped by her devotion to another student, a rich young woman who appeared to reject her friendship after she became engaged to a male with links to the aristocracy. The Spanish girl became even more insular and eventually was not seen by any of her fellow students and was assumed to have returned to Spain. Then one evening she entered the church in a state of fear, claiming that her friend had arrived to take her with her. The priest told her to wait and he would get some help from a doctor. However, on their return the woman was found at the front of the church apparently frozen in shock. The doctor could find no obvious explanation for her death. When her flat was searched the body of her friend was found. Her death from a fall appeared to be an accident, but an open verdict was recorded.

Quickly. Before a.P.A.t.T. know we are here. Everything you hear tonight was created within a void. You won't hear it again. Not when you expect to. Some nights you will wake up and it will be there beside you. But it will have changed. Horribly mutated. Desperate for a part of you that you don't want to give.

Purgatory, neither heaven nor hell, is host to the judgment and condemnation of the human soul. Guilty of crimes of which we have no understanding, this original sin haunts the subconscious. Our nightmares borne not from a fear of the devil, but a fear of god. 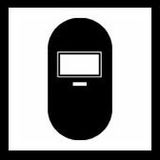