COD Men’s Golf: Where Are The Roadrunners Running? By Judd Spicer Safeguarding a legacy is sacrosanct, but never simple. At College of the Desert (COD), it’s unrealistic to think that there would ever be a way to replace legendary Tony Manzoni as the school’s mens golf coach. Yet, a deservedly-growing grumble among student-athletes points to an ongoing concern directed at the college administration regarding the school’s seeming lack of direction or drive to continue the success the team achieved under Manzoni. NO COMMENT FROM THE COLLEGE Contacted by GOLFNEWS Magazine on six separate occasions to comment on this article, College of the Desert staff and administration – via the school’s Public Information Office and its Public Relations Officer – opted not to speak with GOLFNEWS either in person or over the phone. Despite offering several opportunities and time windows for interviews, COD’s most detailed reply, presented to GOLFNEWS by the Public Information Officer via e-mail, was: “I don’t believe the schedule and timeline are going to work. If you would like to send me your list of questions, I can see what I can do.” MANZONI: JOHN WOODEN OF COMMUNITY COLLEGE GOLF In 2017, Manzoni was put on paid leave amid a college investigation, which ultimately resulted in no action by the school [editor’s note: a legal settlement took place, the exact remuneration received by Mr. Manzoni was not disclosed]; the coach then retired from COD following the spring semester of ‘18. Shortly thereafter, he’d pass in October of last year following a duel with bladder cancer. Across his tenure at the college, Manzoni led the Roadrunners to five state titles and 28 conference championships, earning COD a reputation as one of the state’s top golf programs at any level, and resulting in Manzoni’s election to the California Community College Athletic Association Hall of Fame in the months’ before his passing. Furthermore, as much as the UCLA basketball student-athletes playing under John Wooden loved their coach, the same can be said for the golfers that played for coach Tony Manzoni. In concert with the trophies, Manzoni, a 53-year PGA member, was the driving force behind creating the College Golf Center driving range, and the school’s Golf Management Program. COACHING TURNSTILE In the three seasons sans Manzoni, the Roadrunners have offered a steady descent from the lofty standard set by their late leader. While COD did capture conference titles in both 2017 and 2018, the team hasn’t returned to the state championships since 2016, where they earned a third-place finish. With Manzoni on leave, the team tapped former Roadrunner state champion Andrew Perez to lead the squad in 2017, before

hiring Ken Simonds, then a COD men’s basketball assistant, to serve as head coach in 2018. Perez, it should be noted, earned Pacific Coast Athletic Conference (PCAC) “Coach of the Year” honors for his effort. This season past, the school hired undoubtedly qualified Thomas Mainez, Jr. to lead the Roadrunners. A former men’s head golf coach at CSU-San Bernardino (Division II) – where he led the Coyotes to two NCAA runner-up finishes – the Mainez hire came with a wrinkle: He already had a full-time teaching job in Redlands. Sadly adding to the recipe for havoc, Mainez’s assistant coach, Howard Garcia, passed away unexpectedly on January 2. The college then turned back to Perez to serve as Roadrunners’ assistant. From a player perspective, recent years have presented student-athletes with fairways of ’out of bounds’ confusion. STUDENT GOLFERS SPEAK THEIR MINDS “It changed a lot,” says former Roadrunner Marc Cohen of Paris, France, a member of the COD men’s golf team in 2016 and 2017. “In my second year, we weren’t sure who was really our coach. It became less-structured, and I began to feel that the team wasn’t doing its best because we weren’t working as hard as we had under Tony. And we only made the regions, not state.” For the season ensuing – though all past players interviewed for this article spoke highly of Coach Simonds as a person -- skepticism was ample regarding the hire of a coach already working with another team at the school. COACHING TWO SPORTS AT SAME TIME “He was nice; it’s no offense to him,” Cohen says of Simmonds. “But he was the assistant coach of the men’s basketball team. And I just felt it was hard to be able to properly coach both teams.” Staying close to the team following his two-years of playing eligibility, Cohen has witnessed the descent in Roadrunners’ success. “Everybody knew how great the team had been, how great the players were,” Cohen adds. “(In 2016) we won conference; we were third in state. It’s become less-and-less, and I felt the quality of play went down. I feel so fortunate to have had that one year (with Tony), to be part of an amazing team; but in recent years, I’ve seen the team become just average.” Students Bluntly Told Coach Manzoni on Leave Cohen’s fellow Frenchman, Maxime Faure (Deauville), came to COD in the autumn of ‘16. After a semester under Manzoni’s wing, he returned for the spring season left vexed. “My first year, we all came back from our winter break and we had an appointment with the athletic director, Gary (Plunkett), 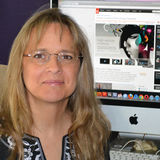