and showing that it’s okay to have a mental illness (no stigma) is important to Zach. Deciding to run from Barrie to Ottawa came about because newly elected Prime Minister Justin Trudeau is there and to Zach, this is a place where change happens. His personal goal of $10,000 (feels like $10 million to him) has been set and has already been surpassed. All proceeds will be donated to the RVH directly for the Youth Mental Health program. When starting this endeavour, we didn’t realize how much this cause would grow or the attention Zach would receive.

Zach dreamed about running across Canada for the past three years. His inspirations were Terry Fox and Anna-Lise Carr (14 year old swimmer who swam across Lake Ontario). He wanted to run to ‘help kids that were sick’. I kept saying no – for many reasons; time, money and I didn’t really think he was serious at the time. But he was relentless and kept asking if he could do ‘something’. And again, I kept saying I didn’t think it was a good idea. I asked one of Zach’s teachers’ for some advice on how to tame his desire to do this and she changed my mind. She said “Why don’t you say yes”. It was a very simple and profound moment for me and I had just read an article about saying yes to your kids more often. And so it began! We sat down and asked how we could make this happen…for real. After meeting with our local hospital, Royal Victoria Regional Health Centre (RVH), it became clear how much our area needed help. The RVH Foundation was currently running a program called Hearts and Minds to bring attention to and raise funds for a new Cardiac Unit and a new Youth Mental Health Unit. The hospital has the space for a new unit but not the funds and this became Zach’s cause. I’ve been dealing with Major Depressive Disorder since I was very young (showed symptoms since age 5 or 6). Zach is very aware of the fact that my brain doesn’t work correctly (he once said he wishes he would make a cast for my brain so people could sign it like an arm cast and know something was wrong). He’s extremely supportive. At school, he has several friends who have gone through mental health issues. We were surprised to learn that kids with severe issues that need treatment immediately were put on long waiting lists, admitted to adult wards (not appropriate) or sent to other areas (away from their parents). Raising awareness

The community has already rallied around Zach to support the cause and offer help. The Hitch House is supplying a new RV wrapped in graphics from Auto Trim Barrie that we can take to events such as Kempenfest, Promenade Days, Canada Day, and of course, the run itself. Community heroes like Stew Gardner, have helped tremendously reminding us that this is meant to be fun. On August 13, RVH will hold a send-off party and he will arrive in Ottawa on September 10-World Suicide Prevention Day. Zach will run, walk, bike, or scooter 20 to 25 kilometers per day. Along the route, we will be making stops to visit with the OPP, schools, and raise awareness. At the end of his journey, Zach is hoping for a visit with our Prime Minister, who he wrote to two years ago – he is a dreamer, but I’ve learned my lesson about not saying no! Zach is learning a lot on this journey; getting good at talking with adults, and public speaking (which he doesn’t love)! He is quite humble and doesn’t quite understand why people are getting so excited about him running; he simply wants to help kids who are in need. Currently, Zach goes to trampoline and is attending Mind-to-Muscle twice per week to train. Zach was sitting on the couch the other night and we were talking about the Kyle Brandon Traves Foundation and their donation of $5000 (Kyle was a young man that committed suicide and his family is honouring him by raising funds and talking about it) and Zach said to me “Mom, aren’t you glad I didn’t take no for an answer?”. Yes, I am very glad. I told him he knew something that I didn’t – and that people WOULD listen to a 12 year old and his message.

For more information go to http://www.facebook.com/ and www.zachmakestracks.ca 22 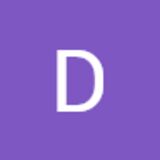