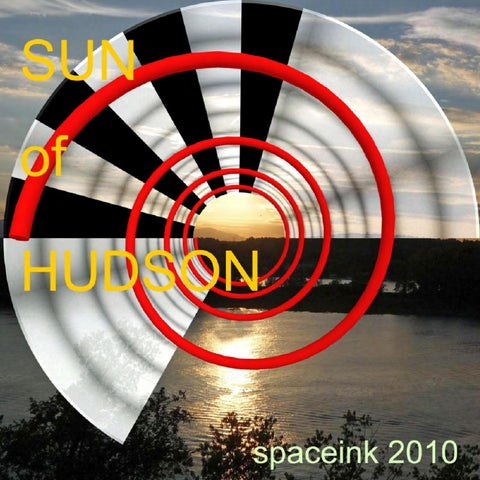 Sun on Hudson The site specific installations designed for Hudson are "functional sculptures", part of the research study Sun Geometries. As a presence in public parks, streets or infrastructure, Sun Geometries are visible signs of energy production, located in the urban environment or rural landscape. All three proposals ---Sun Helix, !Exclamation Point and Sunflower--- utilize solar photovoltaic cells to generate power during the day which is stored in a battery. At night, the stored electrical energy would be used to power LED lighting which lights the sculpture and surrounding area, as well as signage. At the boundary of art and architecture, these energy producing sculptures can enlighten and educate and become a presence in the landscape or urban environment to remind us of an harmonious relationship with the environment.

A steel helix, placed on its side at a scale large enough to allow passage through the middle, Sun Helix has its solar generating cells on the top, creating a protected area inside and functioning as a canopy. Sun Helix would be sited at the base of Warren Street at South Front Street, in the riverfront park overlooking the river. At such location, it would be equally visible from Warren Street as well as the river.

Material The canopy is made of thin film solar cells embedded in polycarbonate panels, facing south-west. The circular Dia. 8’, length 24’ opening of the sculpture frames the Dimensions setting sun over the Hudson river at the summer solstice, reinforcing the awareness of the sun in our environment. As a landscape frame, the sculpture becomes a contemporary interpretation of the Hudson River School of Painting. The beauty of the Hudson river is framed in the most aesthetically compelling moment of the day: the sun setting while reflecting the surrounding landscape in the river.

!Explanation Point! !Explanation Point is a whimsical self-illuminated sculpture. While its top is wide enough to Street lighting, Information kiosk Function contain a solar panel, it narrows at its Polycrystalline Silicon Solar Cell, base, creating a slightly off-balance Material Steel frame, LED lights, Fabric appearance. It is wrapped in a H 10’ W 2’ translucent skin which transmits the Dimensions LED lighting from within. The fabric skin can also serve as a projection screen onto which information imagery can be projected or printed --the Artwalk program itself could be part of a moving LED sign. Support for the structure is provided by a vertical steel member welded to a large flat steel plate which sits on top of the concrete sidewalk – no foundation is required. !Explanation Point can be sited at different street locations in Hudson, including Warren Street Union Street and Columbia Street.

Sunflower Sunflower is a street lamp, shaped as the homonymous flower.

Sunflowers are expression of the Polycrystalline Silicon Solar magic of numbers in nature. Cell, Aluminum, reinforced Phyllotaxis --–the arrangement of Material fiberglass, LED lights florets in the sunflower head--- Dimensions H12’ W2’ follows spiral arrangements and is defined by the mathematical Fibonacci series of numbers. The shape of the sculptural lamp literally represents the heliotropic characteristics of this fascinating flower. Support for the structure is provided by a vertical steel member welded to a large flat steel plate which sits on top of the concrete sidewalk – no foundation is required. Polycrystalline silicon solar cells are placed at each petal of the corolla, while the center is shaped in a pattern inspired by the spiral arrangement of the florets of the sunflower. Sunflower can be sited at different street locations in Hudson, including Warren Street, Union Street and Columbia Streer. 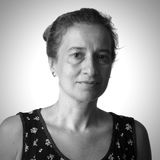 Three different concepts for functional solar sculptures/street lamps to be located in different outdoor locations in the city of Hudson, Ne...

Three different concepts for functional solar sculptures/street lamps to be located in different outdoor locations in the city of Hudson, Ne...