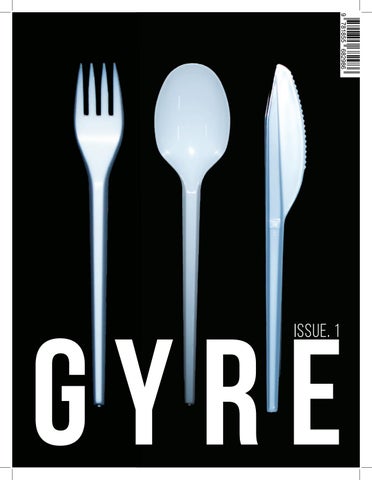 The Bristol MP talks living plastic free, campaigning through parliament and the role consumer and retailer plays in the solution to plastic waste.

Please could you tell us a little about yourself and what you do? My name is Thangam Debbonaire and I am the Member of Parliament for Bristol West.

As an advocate of change in the reduction and use of plastics, can you inform me of what government are doing locally and nationally to tackle this global threat? I can’t speak for the government, all I can say is that they are in government and whilst they say they want to tackle the global threat, their actions have not followed through. Labour wants an end to single-use plastic and we have been campaigning hard on this, against plastic straws, for instance.

Recently the government confirmed the ban of microbeads in cosmetics and care products, similar to the ban enforced within the USA, do you think we are moving in a positive direction and are we doing enough to reduce plastic pollution? My colleague and neighbouring MP Kerry McCarthy (Bristol East) has been campaigning on the end to microbeads for years and was instrumental in raising the profile of this problem in Parliament. Yes, it’s great the government picked up Kerry’s challenge but there is more they could do to end the use of microbeads in other products.

An estimated 12 million tonnes of plastic is entering our oceans every year, with single-use plastics, such as bottles being a large contributor, what can we do to reduce this? Stop using single-use plastics whenever possible and never use any which aren’t recyclable or buy something in packaging which is non-recyclable. Lobby the shops we use to stop using plastic and non-recyclable plastic in particular. Ask our local councillors what is happening to our recycling.

You recently decided to live plastic free for one month, what did you find the most challenging aspects, and have you continued in reducing your own plastic use? Shops which use non-recyclable plastic as packaging was a big problem, particularly as the sign indicating this on the packaging is very small and often, to my middle-aged eyes, looks identical to the one indicating that it is recyclable! Yes, I have continued, and it is lifechanging. I have reusable sandwich wrappers, water bottles and food containers for packed lunches, which all help. I take a flask of coffee to work rather than buy coffee in disposable containers – even though they are recyclable (in the House of Commons) it is still wasteful that they have to be used at all.

Through this experience do you have any tips for how people can help reduce their own use of plastic? Buy some sandwich wrappers, water bottles, shopping bags, flasks and coffee cups. Tell bars and cafes when you order a drink that you do not want a plastic straw. Ask them to stock paper straws. Ask shops to change their packaging.

Alongside fellow MP Kerry McCarthy you are actively involved in the campaign ‘Let’s Stop Plastic Pollution’ can you tell us more about this initiative, as well as any other work you are currently involved in? Sign up for this on Facebook! It is a space for us to share information about how to end plastic pollution and let people know what Kerry and I are doing in Parliament and beyond. We post information from local and national organisations, news coverage and parliamentary news and more.

Non-recyclable black plastics are widely used throughout supermarket packaging and pose a real problem to the continued efforts in the reduction of plastic waste. How can we challenge these large organisations to make a change and have you been involved in any correspondence to highlight this growing problem?

“Stop using single-use plastics whenever possible” Is there anything further you would like to add about plastic pollution? In Parliament, the Select Committees – Environmental Audit and the Environment, Food and Rural Affairs committees – which Kerry McCarthy sits on scrutinise the government strongly and have helped push them to make changes, such as the microbeads ban. I am part of Labour’s Defra team (Department for Environment, Food and Rural Affairs) and we are working on Labour’s policies opposing plastic pollution.

Finally, if people want to actively get involved in the discussion, are there any organisations or campaigns that you would like to share? Follow our campaign page on Facebook. There are loads of organisations and I would not want to single out one or two as there are so many doing loads of good work, locally, nationally and internationally.

Many thanks for your time today.

Yes, I have asked our local councillors to source recycling units which can deal with black plastic. I have supported the Shadow Defra team to campaign on this and liaise with manufacturers and retailers.

Do you think these large retailers; global beverage corporations and manufacturers have a responsibility in changing how we consider plastic and our use of it? Yes – the ‘polluter pays’ principle should apply.

â&amp;#x20AC;&amp;#x153;Never has there been a global culture, which has made so much and cared so little for it.â&amp;#x20AC;? Mark Dion

The Ghosts of Consumption A staggering 800,000 tonnes of plastic packaging waste is produced every year by Britain’s leading supermarkets, leading the UK government to take action. Waitrose have recently pledged to not sell any own labelled food in non-recyclable black plastic beyond 2019, yet more is needed to tackle the growing issue of plastic in industry. Stacey Fordham and Lidia Losada decided to act, after becoming frustrated by the damage plastic is doing to our planet and annoyed at the excess use in food packaging. Located in the heart of Bristol, Zero Green is the city’s first completely waste-free shop, encouraging customers to bring their own containers, jars and cloth bags. As well as food consumables, the store offers package free deodorant, liquid shampoo’s and stainless-steel straws. I spoke to Stacey and Lidia about the innovative new approach to shopping plastic free and the issues surrounding plastic waste: “Zero Green is hopefully the start of a much bigger shift in people’s ability and options to shop without plastic. Zero Green is the shop we wanted to be able to shop in and it didn’t exist, we were

frustrated by how hard it was to shop without plastic. We wanted to create a shop that was convenient and affordable, that stocked everyday items like pasta and cereal but also products that can help people take further steps in reducing plastic in their lives. Plastic will, we fear, always have a place in the commercial world hopefully over the coming years the larger companies will start making products from recycled plastic and hopefully create a plastic that can be broken down naturally and stop causing plastic waste, we think its effects already are catastrophic our biggest motivation must now be to stop it getting any worse. We have noticed a huge change in people’s mind-sets and real desire to make changes however small. We hope that this generation will be the one to start turning things around, Zero Green will hopefully play a small part in this and if we can inspire people to change the way they shop or even open a shop themselves.”

Since its early adoption in 1983 the Marine Conservation Society has been at the forefront of protecting our marine environments, influencing changes through government and industry. More recently MCS has been working closely with Sky News on the widely successful Ocean Rescue campaign which has seen plastic waste become topical and more relevant in the wider public. The non-profit organisation sees over 10,000 volunteers help in nationwide beach cleans every year, removing marine litter at source. Each item collected is catalogued, recorded and eventually culminated into statistical data, to date MCS beach cleans have removed 6 million pieces of litter.