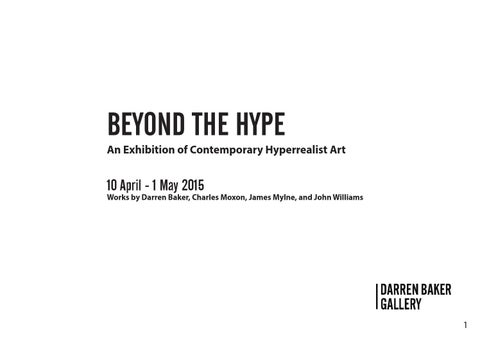 An Exhibition of Contemporary Hyperrealist Art

Beyond the Hype: An Exhibition of Contemporary Hyperrealist Art When typing ‘Hyperrealism’ into a search engine, one is immediately confronted with a great number of lists and news stories celebrating and collating artworks that ‘you won’t believe are not photographs!’ Artists working in this genre have captured people’s imaginations, as viewers are thrilled by the illusion of reality forged through these individuals’ incredible technical skill. The intricate detail and realism of these artists’ work strains our perception and understanding, forcing us to look closer to appreciate the art and artistic image. Darren Baker Gallery is pleased to announce a new show of Hyperrealist Art, opening this April and featuring our resident artist Darren Baker. This exhibition aims to delve a little deeper and go beyond the ‘hype’ surrounding Hyperrealism, showcasing the individual style, vision and techniques of an exciting group of artists. These artists all share an obsession with detail, most pieces taking hundreds of hours and enormous precision to complete. However, each artist’s work is different, reflecting how they perceive the world and the qualities magnified under the scrutiny of their particular artistic gaze. Alongside Royal Artist Darren Baker, this exhibition includes rising star Charles Moxon, whose work is similarly inspired past techniques, particularly those of the Dutch Old Masters. Moxon’s intimate portraits are brought to life as he layers translucent glazes in the style of Vermeer, in order to give his paintings an inner light. There is an emphasis on producing ‘handmade’ works, which capture something beyond what can be seen and experienced through a photograph. 2

This can also be found in James Mylne’s painstaking recreation of images from fashion, film and popular culture, using an everyday ballpoint pen. Mylne, who has been featured in GQ, Stylist Magazine and on BBC News, produces drawings that restore the hand of the artist and sense of aura and authenticity to mass-produced images. His new work challenges the increasingly controversial pieces heralded in the Art World, through a return to the purity and beauty of the hand drawn image. The exhibition will also showcase works by John Williams, whose portrait of art critic and writer Edward Lucie-Smith was displayed in the BP Portrait Prize 2014 at the National Portrait Gallery. Paintings from Williams’ stunning series The Swim will be a highlight, featuring powerful portraits of swimmers captured mid motion in the water. In today’s networked culture where images can be created and shared without much effort or consideration, these artists represent an alternative, rejecting the ease and perfection of the virtual world, while also drawing inspiration from it. Hyperrealist art draws together the past and present and Darren Baker Gallery invites you to come and experience the time, skill and talent involved in rendering reality outside the digital. Words by Sophie Balfour-Lynn

Hyperrealism This exhibition serves to demonstrate just how far ideas of what is ‘realist art’ and what is not have shifted in recent years. Ever since the invention of photography, the photograph has served both as a measure and as a reproach for paintings and drawings with aspirations to be realist. The competition between the two kinds of media was sharpened by the fact that certain artists in the past had used optical devices to obtain their results, even if there was as yet no means of fixing the images directly onto a surface. Cases in point are Vermeer and Canaletto, both of whom used a camera oscura. It is no accident that the revival and expansion of Vermeer’s reputation in the 19th century coincided with the birth of photography. The French journalist and art-critic Théophile Thoré-Bürger, who was in large part responsible for this, first en- countered Vermeer’s now-celebrated View of Delft in 1842. Daguerre had publicly announced the daguerrotype process in 1839. Henry Fox-Talbot introduced the calotype process, for making photographic prints on paper, in 1841. Photography at first lacked the power to show images in colour, but had begun to influence artists long before this development took place. In 1851 Eugene Delacroix was a founder member of the Heliographic Society in France, the first professional body to support and explore the new medium. In 1854, he and the photographer Eugene Durieu made a series of nude photographs that Delacroix after- wards used as references for making drawings. Many 19th century artists followed his example in using photographs as references, while photographers, in turn, learned to imitate things they had seen in paintings. A new phase in the alliance and, also it must be said rivalry, between painting and photography began more recently with two things. One was the Pop Art movement, where the use of photographic reference became pretty much universal.

The other was the rise of digital photography, which made it much easier to create photographic images on a large scale. It can be said that everything shown in the Beyond the Hype exhibition at the Darren Baker Gallery is, in one way or another, a reaction to this sequence of events, rooted as it is quite long ago, in the fourth and fifth decades of the 19th century. It is also a demonstration, perhaps paradoxically, that references to photography can have very different results, when they are fil- tered through different artistic temperaments. Darren Baker’s work is about intensity of seeing. He aims to go beyond what the camera can deliver, and to take the viewer towards a quasi-hallucinatory state. With him in charge, you see more than you could see for yourself, if you happened to look at the same subject. Charles Moxon is evidently influenced by the great Netherlandish painter of the late 15th and early 16th centuries, who were responsible for introducing the concept we now describe as ‘realism’ into European art. He tries to reconcile this with the somewhat different, more emotionally detached realism of the camera. John Williams looks in a rather similar direction, but is also interested in the ability of modern high-speed photography to freeze in place actions and moments we cannot pin in place for ourselves. That is, he sees photography as a source of information about things that the human eye isn’t fast enough or sophisticated enough to catch. For James Mylne, photography offers a way of looking at what is real sideways, almost out of the corner of one’s eye. The image fragments as one is looking at it. These very different approaches now serve to demonstrate how very various not only the idea of the real, but also that of the ‘hyper-real’ has become. Art still has the power to outstrip our own presuppositions and expectations. Words by Edward Lucie-Smith 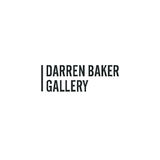