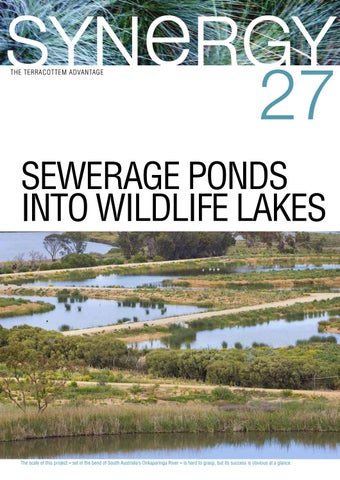 The scale of this project – set in the bend of South Australia’s Onkaparinga River – is hard to grasp, but its success is obvious at a glance.

What could be a more dramatic make-over than a sewerage treatment plant into a bio-diversity hot-spot? In the case of the old facility at Christies Beach, south of Adelaide, it was the most obvious step to take…

Three months and many thousands of plants have helped make a recreation of Nature: here Schoenoplectus validus is being planted into the riparian zone.

Nested in one of the Onkaparinga River’s final bends before it empties out into Gulf St Vincent, the decommissioned plant offered up a surprising amount of potential. The site is part of an existing coastal wetlands setting and it’s close to the growing suburb of Noarlunga Downs. Any remedial works here would mean local residents would suddenly have three hectares of new public open space to walk through. The views would certainly improve, and the amount of wildlife that was expected to move back in would be impressive. And it all came true. This is one of those stories where all the right decisions were made, the necessary resources were brought together, and the result is brilliant. Jamie Horne, the Environmental Services Manager of LCS Landscapes, the firm that planted the space, is genuinely amazed at how quickly the wildlife, as he puts it, “set up camp. It is a case of if you build it they will come.” But let’s go back to the start. The sequence in last-century sewerage treatment usually ended in ponds where the remaining sludge was allowed to settle and dry out before recycling. In the case of the plant at Christies Beach, the series of ponds sat together with a wide track around each. Turning this bleak vision into something vista-worthy was tricky, but a solution was reached with the clever use of earthworks and plants. The old tracks have been retained for foot traffic, but the ponds have been reworked to soften the old boundaries and to create promontories and islands. A gentle hill rises to one side with a new track to its summit from where there’s now a view across the newly re-worked ponds and the winding river towards the sea.

The plant species list and zoning plan was meticulously put together by SA Water, and three local propagators and growers were commissioned to produce the 187,000 local provenance plants. It was then up to Jamie and his team to get these into both the terrestrial and the aquatic sections of the project. “We had ten people on the team which started planting in August 2013, finishing in October. All of the plants that went into soil, were planted with TerraCottem, and I’d put the success rate conservatively at 95%. The decision was made not to use mulch – the look we were aiming to achieve was to be as natural as possible – and this did contribute to the soil drying out very quickly.” Appropriately, SA Water’s commitment to the project was such that when additional irrigation was recommended over that summer, it was made possible. It’s still early days, but the transformation is taking place. The gentle hill is covering itself in sections of shrublands and open woodland. Some of the same extends around the ponds – which are looking more like lakes – and are rimmed by the riparian plantings. But it’s the aquatic species (plugged into the bottom of the ponds with Hamilton tree planters) that have probably made the biggest biodiversity impact. “What you most notice - what’s most improved - is the number of birds.” From Fairy Wrens to Pelicans, they’ve arrived and have taken up residence. As have the foxes, so a pest control fence is being built to help maintain the balance.

Wildlife was quick to move in: Pelicans take refuge on an island.

T his is certainly a work in progress worth keeping an eye on - something the commuters on the train between Adelaide and Seaford can easily do given part of their journey takes them across the new wetlands.

Each plant went in with TerraCottem and the success rate is estimated (conservatively) at 95%.

TC Advantage is a package deal. It’s about supplying TerraCottem (more about that in a minute), along with all the training, technical specification and compliance needed to turn a tricky project into a genuine long-term success. So when anyone has a turf, street tree, revegetation or whatever project to tackle, bringing in the TC Advantage expertise means you get: advice on which TerraCottem product to specify; training so that it’s applied for maximum benefit; and monitoring to ensure compliance within the project’s specs. As for TerraCottem, it’s a brilliant soil conditioning treatment because it works on various fronts at the same time... To start with, it uses two main mechanisms to encourage substantial root development – polymers and root growth precursors. The polymers are a little like water-holding crystals except that TerraCottem’s hydroabsorbent polymers have been carefully selected and well researched. This means that instead of just one polymer with a narrow water-holding and water-releasing ability, there is a group of them providing the same function over a wide range, for years. To put it crudely, more water can be stored and released under a broader variety of conditions. (To put it precisely for specification purposes: TerraCottem has an absorption capacity of a minimum of 4500 g H2O/100 g in distilled water using Method of Analysis CEN EN 13041, with a minimum of 90% of the water contained in the polymers being plant available.) As for the root growth precursors, by definition a precursor is a chemical compound which leads to another. The precursors found in TerraCottem do exactly this, and for a very good reason. If you put growth hormones into soil, they rapidly biodegrade. But if you put precursors into the root zone, the plants get a kick-start by synthesising their own growth hormones. And this conducive environment – for optimum cell division and elongation – stays like this for 12 months. Then there is a nicely varied collection of plant nutrients – soluble mineral fertilisers, in a format suited to the early growth phase of a plant; slow-release fertilisers, designed to offer a constant source of food over many months; and synthesised organic fertilisers which focus on the soil, stimulating microbiological activity and general soil health. Add this all together and the result is fast and furious root establishment. This means greater accessibility to water, fewer losses, and, given the reciprocal dynamic between roots and canopy, noticeably vigorous growth. In the longer term, the soil conditioning power of TerraCottem means that plantings are buffered from stress. It’s great stuff. TC Advantage P/L FREECALL 1800 658 281Email: info@terracottem.com.au Web: www.terracottem.com.au 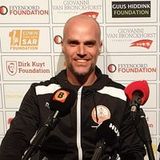