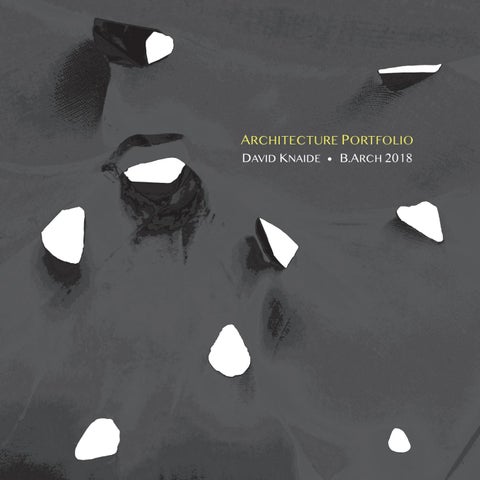 MUSEUM OF THE EARTH

Photos, Drawings and Sketches of things that intrigue or inspire me

of sustainable urban living, from program to form and building systems. As the

transport of agricultural products from rural parts of the country to its urban centers is ultimately a contributor to carbon emissions, the Solar Gardens’ Incubator for Urban Agriculture provides a space for food to be locally grown and sold, research to be

conducted and businesses to grow. The other programs include a public botanical garden simulating different climates to promote urban horticulture, and affordable

housing units for the neighborhood’s population of students and graduates.

The building’s form and systems are inspired by its environmental context, i.e. the

volumes and arranged on the site according to their access to direct sunlight. Because of its urban context, the surrounding buildings cast shadows onto each of the volumes at different hours of the day, and the volumes are sculpted in response. For example,

the agriculture greenhouse is under shadow during afternoon hours, so the orthogonal volume is angled towards the sun’s morning position in order to receive optimal

sunlight during the hours it is not under shadow. The housing tower experiences the most shadow in the morning, so the form is sliced in order to receive afternoon sunlight.

Because Boston has a predominantly cold climate, a passive heating system is

crucial to sustainability and affordability. An eleven-story atrium acts as a sunspace for daytime heat gain, and an interior facade of cement panels is the thermal mass that

retains and emits the heat during the night. The same cladding system wraps the rest of the housing tower as well as the ofﬁces and market space on its north side, while a steel-framed glazing system encloses the south-facing volumes optimized for their solar form.

Concrete Wetlands is a proposal for the future of urban development, based on

replacing. The up-and-coming city of Medini, located in a tropical climate with heavy

rainfall and frequent flooding, sits on what used to be natural wetlands and mangrove forests. As part of the natural water cycle, wetlands work to detain and depollute rain water on its way back to a principal water source, as well as house an abundance of

ecosystems. This modular infrastructure system uses two innovative types of concrete to create a vertical urban ‘wetland’ that retains and depollutes flood waters, sustains plants and animals, works to cool the city and acts as amenity space for inhabitants.

concrete that is permeable by water, though not structural on its own; Resilia is a

ﬁbrous concrete with inherent structural ability; and geotextile is an industrial fabric

that can be used as concrete formwork, whose pliability enables the resulting forms to be expressive of the concrete’s initial liquid state. The stackable modules are

dual-layered and can be articulated in different ways based on performance. An inside

layer of rigid Pervia ‘bowls’ is wrapped with a layer of structural Resilia, cast in a twisted textile form which and punctured to expose the Pervia within. The punctures could be customized for each module to control water retention and flow.

As a modular system, the cisterns are conﬁgured in a variety of different ways

depending on the urban context and location in the city. A standalone water tower, an open-air canopy and a slot inﬁll are three examples. Collaboration: Gabriel Maese *This project was sponsored by Cemex Research Group AG, concrete and materials developed and provided by Cemex.

TWISTED FORM IN PERVIA AND RESILIA

EDUCATIONAL CENTER Location: Syracuse, New York Program: Science and Technology Museum Project Description: The Museum of the Earth is a satellite of Syracuse’s MOST (Museum of Science and Technology), as a nature museum catering to the education of children. The form of the building is integrated into the undulating topography of its waterfront site, conceptually rising from the landscape instead of being placed on top of an excavated site. Its structure is nestled into the side of a ‘hill,’ so that its south side is insulated by a mound of soil and vegetation, while the north facade is a curtain wall that slices the form to reveal the program behind it.

As the structure rises from an organic triangulated form on one corner of the site to a rigid orthogonal frame on the opposite corner, the programs are organized along a gradient that goes from ‘landscape’ to ‘building,’ or most flexible to most rigid. In this way, the experience of the gallery space makes one feel like they are part of the landscape, while the ofﬁce space feels like an urban building. The entrance is a mezzanine level suspended above the galleries, which are sunken below grade. From

this level, one can either descend towards the ‘landscape-oriented’ galleries or ascend toward the ‘building-oriented’ classrooms and ofﬁces. The exterior topography of the museum is inhabitable and accessible from two sides, while formal punctures on the south side create playful tunnels in the topography and allow light to enter the galleries.

acts as a barrier to the exterior, conceptually and thermally. As a data center is typically a windowless box that strives for anonymity, the idea of layers of transparency is crucial in giving this data center an urban presence. The data center itself is enclosed by two layers of translucent glazing, while the Salvation Army program features a perforated brick ‘screen’ that wraps its solid enclosure. Each of these layers hints falsely at a transparency that is never delivered, making clear the data is to be protected. There are several programs within the community center, and they are each placed along a different facade based on user groups and access to the site. Exchange between programs and user groups is then facilitated within the building. Donation drop-off and utility access is placed on the west facade next to the parking lot. Administration and ofﬁces are placed along the east facade which faces the main street. The soup kitchen and thrift shop occupy the south facade, which is most prominent and overlooks the major site excavation. Each of the facades is excavated by angular forms to reveal the glowing data center at its core, and also provide distinct entrances to each of its programs. The entrances open to a double-height circulation space that wraps tightly around the data center, between a double offset column grid that allows for the gap between floor plates. Collaboration: Valentina Parada

CULTURAL PRODUCTION Location: New Orleans, Louisiana Program: Theater and Music Venue, Pawn Shop Project Description: The Hip-Hopera House locates itself at the border of gentriﬁcation and urban decay, between the Bywater art district and the neighborhood of St. Claude. The gentriﬁed zone is characterized by abundant cultural and commercial program, while the zone of urban decay is characterized by vacant homes, boarded windows and disrepair. The city of New Orleans has a history of cultural diversity, and the fusion of cultures that its buildings and streets have cultivated paved the way for new forms of musical production. Historically, the spaces of collaboration which resulted in musical production were sites of ‘Patchwork Urbanism,’ meaning they enabled a blending of cultures through the juxtaposition of programs, both musical and non-musical. Today, the process of gentriﬁcation places people of different cultural backgrounds into the same urban spaces. Along the border of gentriﬁcation and urban decay, architecture can serve as the mediating stitch between local communities and incoming populations that facilitates collaboration and acts as a catalyst for cultural production. The site of development is adjacent to an abandoned shotgun house, whose facade is left in its current state of disrepair, and interior converted to a pawn shop. The performance space is formally distinct, with one reconﬁgurable stage linking two programs: a theater/concert hall and a hip-hop venue. The two structures, the old and the new, are linked by a sunlit corridor that mimics the urban stitch of the master plan at the building scale. This corridor also connects the open-ended public roofscape back to the street level and urban performance space on the groundscape, which is excavated underneath the cantilevered auditorium form. The cantilever is supported by a massive structural truss, creating a dramatic urban gesture toward the intersection. The music venue’s facade includes an operable louver system of wood and metal, creating a material gradient between the two distinct performance spaces and allowing the form to open and close to outside viewers.

Description: Photos, drawings and sketches of things that intrigue or inspire me

‘DICHOTOMY BETWEEN NATURE AND THE BUILT ENVIRONMENT’