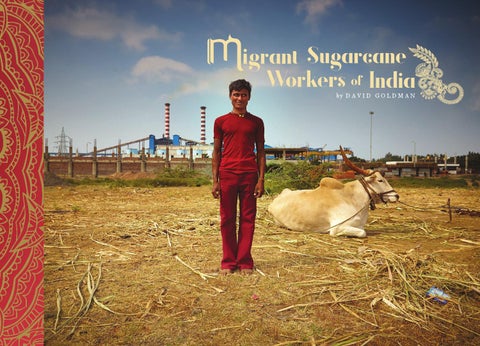 ndia is a beautiful country with a massive population of over 1.252 billion people. There are over 50 million people in India that depend on

income generated by sugar-related industries and an estimated 35 million farmers who grow it.

Have you ever thought about where those little packets of sugar that you put in your coffee come from? Sugar for our consumption is derived from two sources: Beets and cane. These are two very different ways to produce a similar product.

This is the story of migrant sugarcane workers in India.

igrant sugarcane workers often travel for multiple days on oxcarts to arrive at farms and factories. They

travel in what are called â&amp;#x20AC;&amp;#x153;gangs.â&amp;#x20AC;? These gangs are made up of approximately 10 to 20 people and will include grandparents, parents and children. Often pregnant women will give birth to babies during the harvesting season, which runs from December through March. Some of these new mothers return to work within days of giving birth.

here appears to be a discrepancy regarding the value of organic fertilizer. Some farmers who are supported by large sugarcane

factories believe in organic fertilizer and actually buy it from the factory. However, independent and often uneducated farm owners are not convinced.

Sugarcane prices are set by the government and are valued in Kilos. The more a farmer can grow in a smaller area of land the more money he can make. Thanks to new GMO techniques, some farmers have significantly increased their yield thus directly leading to higher revenue and a better quality of life.

ide-eyed and hopeful, the next generation of migrant worker is literally raised working in the field.

The skills are passed down from father to son and mother to daughter. Often you can find a baby or toddler just sitting in the middle of the field on a stack of cane not far from a parent but definitely not in the safest of environments. Every parent I spoke to wanted their children to have an education but due to financial constraints often had to make the decision to send only one to school while the other would follow into the fields to harvest cane. Parents wanted to know that they would be taken care of when they were too old to work in the fields. To make sure this happens they bring the next generation up to be migrant sugarcane workers.

t used to be that sugar was the main product created from cane. Electricity and ethanol were the byproducts. Some of the larger factories

can produce enough electricity from steam created by boiling the left over husks of the cane to not only power the factory each day but also to sell back a significant amount of electricity to the grid. With an increased middle class in India, there is a greater demand for low cost transportation. Manufacturers like Tata build low priced entry-level cars. The government will be mandating a higher percentage of ethanol to fuel supplies and, as a result, what was once a byproduct of sugarcane production may one day become the main product.

lobal consumption of sugar has grown to approximately 173 million tones - about 24 kg per person, per year!

India is the worldâ&amp;#x20AC;&amp;#x2122;s largest consumer of sugar and the second largest producer of cane sugar next to Brazil. It accounts for approximately 15% of global sugar production with annual harvesting in excess of 25 Million metric tons. Once the factories start production, they roll on 24 hours a day, 7 days a week until the last of the cane has been crushed.

I was first made aware of the migrant sugarcane workers in India when I was doing some work for UN Women. I was fascinated to learn of their journeys to the fields from far off villages. The amount of time and energy they spend harvesting the cane and for what they get paid to do it was something I wanted to learn more about. This project could not have been completed without the support, generosity and backing of the many people who contributed to the Indiegogo campaign. However, all the financial support means nothing if you don’t have someone you can trust who is looking out for your wellbeing. For me that person was my friend Sunitha Jagaanath her support and help made this project possible. Sunitha miraculously introduce me to Panduranga Biradar AKA “Pandu” the head of R&amp;D at the Nandi Sugar Company who without knowing me or what my intentions were gave me unobstructed access to the factory and the migrant workers. Without his help there would be no story to tell. When I came home with thousands of images and hours of film footage I relied on the exceptional eye of Julie Grahame who’s editing expertise I trust implicitly. Finally to Sean Mosher-Smith who designed the book you are looking at right now. Sean has always been open to the work I do and wanting to help me tell the stories that I feel need to be told. To these IndieGoGo contributors, I am honored and humbled by your support. Sharon Ross, Aldo Cane, Jerry Dadoun, Marek Fludzinski, Cheryl Wetstein, Ali Hill, Mark Fischel, Mark Neidig, Anand Kulkarni, Mike Coulter, Michael Goldstein, Daniel Martin, Kevin Burns, Jeff Kenez, MaryJane MacCallum,

This book was sent to the people who donated $100.00 or more to my Indiegogo campaign. Now thanks to the inter-webs, everyone can see it :) David 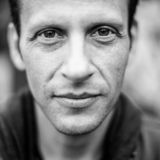