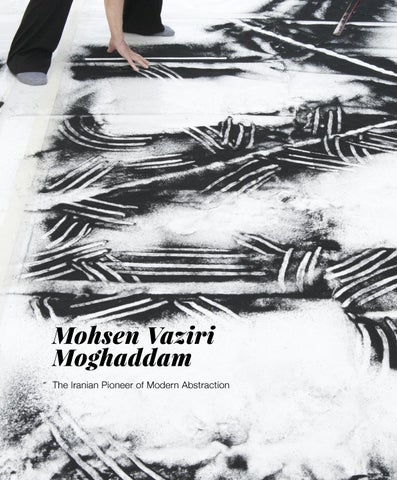 Of the many foreign artists, following an old-age tradition, who work in Rome, Mohsen Vaziri 1, a Persian, is one of the most interesting, both for the nature of the research he conducts and for the authentic imagery of his world. A Constant and essential theme of his work is space. Aiming to recuperate the origins of this thought, he turns not to the metaphysics of a geometric structure or to a traditional image of nature but to the earliest principles of human experience. The dominating element in Vaziri’s image is that of a primitive and essential order that governs the world of sensations: the space in his painting is, in fact, a dimension without limits, infinitely extended and populated by colour which is of the very substance of perception, determining layers, distances and the ebb and flow of motion. It is an experience which is difficult to make objective, finding no limits and being of the very essence of existence. And in that dimension, animated by such an ungraspable vitality we discover that the human gesture is the principle of motion; itself re-conducted to its first principle, to its first coming to being as a need for direct contact, tactile in nature, with reality. The images in Vaziri’s more recent painting seem to belong to the category of imprints: of signs, that is, that our existence imprints on the existence of the world thereby constructing its initial experience.

Inauguration day of the exhibition for sand artworks in Märkisches Museum, Witten, Westfalen, Germany with Dr. Nettman, director of the museum. 25th of October 1960

So Vaziri has chosen for the subject of his own painting the first subject of experience, drawing from his remote memories of childhood: the black and red sand of his beaches on which a child’s hand leaves the first signs: apparently very casual but never­theless full of mysterious meaning. Those signs made by a human hand of yellow, black, red sand are for Vaziri the first acts of a necessary essential contact of the human being with the world; those whereby we set for the first time and for always the relationship between extension and duration, between space and time. The subsequent determination of every other image depends on that gesture, because with it is born the first structure of space, not as something external but as something that life itself in its very becoming determines. An initial and simple geometry is born from that gesture and from that first direct contact with the substance of the world: wanting to indicate that every human thought, every image, is already implicit in that first experience. Rome, 1960 Giulio Carlo Argan (1909 – 1992) Italian art critic, Director of the Art Crities’ Society, Professsor of History of Modern Art at the University of Rome, politician and first communist mayor of Rome (1976  – 1979)

Fate does things well, there is no doubt about that. My first contact with the work of Vaziri took place in 1962 at the Third Biennial of Tehran where he won a prize for painting. I had to see him again that same year, in Rome. His sand paintings, a granular material crossed by gestural drawings that seem to be coming down through the ages, had impressed me. At the peak of the decline of European Informalism, they brought the power and mystery of life’s energy in a style that permeated his whole aesthetics. I saw Mohsen Vaziri 15 years later, in Tehran, at the inauguration of the Museum of Contemporary Art. His sand paintings from the early 60s now figure prominently in the Lajvardi collection. He lives in a small house with a pergola overlooking a large, abandoned garden. There he works surrounded by strange flora-fauna articulated pseudopodia, serrated leaves or offensive arrows that evoke antediluvian animals and plants from the virgin forest. These articulated sculptures can be extended. When manipulated, they transform endless times into space. These parts are powerful, full of contained energy reaching the limits of anguish. They express the deep moral solitude of a man who lives for his art, and whose social relationships are deliberately minimized. Like suffering animals, we are under the impression that Vaziri locks himself away and leaves art the task of expressing the helplessness of man before the dramatic and ruthless injustice of the world. Vaziri finds his peace and harmony in the music of Gustav Mahler, but especially in his intimate encounter with the nature of his country, the quality of its land, the contrast between its aridity and greenery.

On a Friday in the autumn of 1977 we went for a drive together, in the outskirts of Tehran. When we met an old peasant woman who welcomed us into her apple orchard, I saw him relax and sink his teeth into the fruit, with the eager spontaneity of childhood rediscovered for a fleeting moment. That day I learned how to express the pomegranate juice through a hole in the skin, and by simply pushing with my hands. The paintings that match the sculptures evoke the same feeling of threat and widespread violence in a world of fear through the acuity and stridency of their shapes and colours. The chaotic clashes of the individual being struggling with the continual assault of a collective existence, the being-in-itself in contrast with the being-for-itself. Mohsen Vaziri is thin-skinned. And this skin is that of the heart, of the very depths of feelings. What an existential suffering, barely appeased on some brief and special moments - like the one I lived with him – by the visceral love for his homeland, the simplicity of the man in contact with the truth of nature! Why is it that art erects its most exemplary stories and reaches its most extraordinary zenith precisely on the climax of such suffering? Pain is the prerogative of the artist, when it is true; that is to say, naturally big. Isolated and alone, Vaziri pays the price for his anguish. With great determination, which is also the determination of his graphic and plastic talent, Mohsen Vaziri perseveres, exposing the full extent of his emotional sensitivity to the wounds of daily life. May you resist to all of life’s adverse conditions, Mohsen! Time works in your favour, I’m sure. Tehran, 1977 Pierre Restany (1930 – 2003) French art critic who coined the term Nouveau Réalisme. In 1977 he was invited to the opening of the Contemporary Art Museum in Tehran where he saw some of Vaziri’s works and visited him in his studio. They spent one day together and, before leaving Tehran, Restany expressed his observations in this letter.

Mohsen Vaziri Moghaddam *1924 in Tehran, IR, lives and works in Rome, IT

Inauguration day of the exhibition for sand artworks in Märkisches Museum, Witten, Westfalen, Germany with Dr. Nettman, director of the museum. 25th of October 1960

The 1964 Pittsburg International, Museum of Art, Carnegie Institute, Pittsburg, US

Museum of Modern Art, Brussels, BE 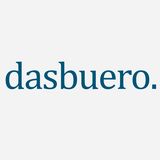