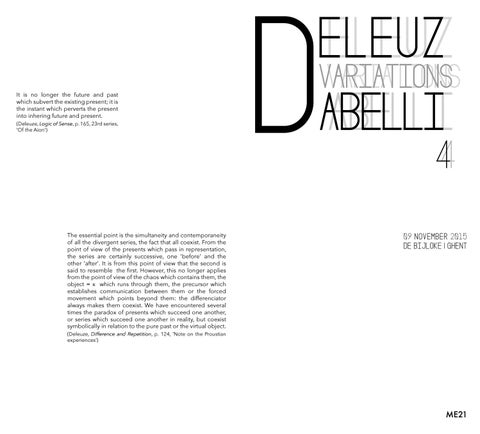 It is no longer the future and past which subvert the existing present; it is the instant which perverts the present into inhering future and present. (Deleuze, Logic of Sense, p. 165, 23rd series, ‘Of the Aion&#39;)

The essential point is the simultaneity and contemporaneity of all the divergent series, the fact that all coexist. From the point of view of the presents which pass in representation, the series are certainly successive, one &#39;before&#39; and the other &#39;after&#39;. It is from this point of view that the second is said to resemble the first. However, this no longer applies from the point of view of the chaos which contains them, the object = x which runs through them, the precursor which establishes communication between them or the forced movement which points beyond them: the differenciator always makes them coexist. We have encountered several times the paradox of presents which succeed one another, or series which succeed one another in reality, but coexist symbolically in relation to the pure past or the virtual object.

(Deleuze, Difference and Repetition, p. 124, ’Note on the Proustian experiences’)

The research leading to these results has received funding from the European Union Seventh Framework Programme (FP7/2007-2013) under grant agreement no 313419. 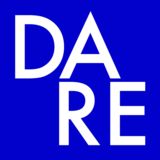