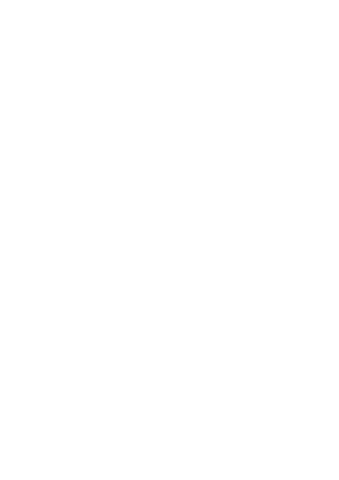 Foreword During the aerial bombardment of London in the years 1940 to 1945 116,483 buildings in the London area were ‘totally demolished’ or otherwise ‘damaged beyond repair’.1 It is recorded that 29,890 people were killed and 50,507 people were seriously injured as a direct result of the aerial bombing.2 Prior to the outbreak of war it had been established that rescue parties would operate in areas where it was expected there would be substantial injury and losses resulting from the anticipated bombing. These parties, in London referred to as the Heavy Rescue Service and organised under the London County Council Surveyor’s Department, were to be squads of men trained to work in damaged buildings to rescue injured or trapped persons and to recover the dead. Their secondary role was the clearance of debris from bombed sites. This work force was drawn from the building trades, it being thought that the experience they possessed of both the construction and demolition of buildings would equip them with the expertise necessary to negotiate collapsed and dangerous structures. On 13th May 1940 the London Fire Service recorded the first bomb to fall within London since the outbreak of war. Following intermittent raids during that year, beginning on 7th September 1940, a sustained period of bombardment continued for the following 56 consecutive days in a period that soon became referred to as ‘the blitz’. By late 1940 the debris created by bombing raids had become a hindrance to public services and infrastructure and was thought to present a bleak impression, destructive to civilian morale. In extension to the work established by the Heavy Rescue service an organisation was created under the control of the London County Council Architect’s Department to deal with the clearance and salvage of this debris. Further labour was drawn from the construction and demolition trades, supplemented by a labour force who had no prior experience of such work. By June 1941 25,000 civilians were employed in the demolition and clearance of bombed buildings and the salvage of debris. This debris entered into a material economy of salvage and re-use controlled by central government as a part of emergency wartime measures. Much of these reclaimed building materials, components, fixtures and fittings were put to use in the first aid repair of bombed buildings whilst vast quantities of rubble and bricks were requisitioned for 1.

C.C. Knowles, A History of the London Building Acts, The District Surveyors and Their Association (1948). 2. No reliable records can be drawn upon to account for the numbers of people who suffered psychological injury as a result of the bombings.

military operations or else dumped in an effort to level areas of land. Across London individual materials were stored in tips and closely guarded given the value that such debris possessed within an economy of scarcity. The Sir John Cass Technical Institute was located on Jewry Street to the east of the City of London. The institute’s buildings stand on the eastern side of Jewry Street and remained largely undamaged throughout the war, whereas the western side of Jewry Street suffered bombing on 8th September and 29th December 1940 leading to the clearance of a number of buildings on this site. In the later years of the 1940s following the end of the war a series of photographs were taken on this area of cleared land. These photographs show students from the institute outside a makeshift studio carving stone salvaged from bombed buildings. This use of bombed stone at the Sir John Cass Technical Institute describes an intimacy and scale of treatment of this debris which seemingly stands apart from the purposes to which it was otherwise directed. In 1934, five years prior to the outbreak of war, the British art critic Adrian Stokes wrote Stones of Rimini, a lyrical meditation on 15th century stone sculpture in the Veneto region of Italy. In this and other writings Stokes developed an original aesthetic notion of carving, in which the act of sculpting reveals in stone something of the nature of the landscape from which the material originates.

* The text in the following pages is both lyrical and verbatim and is drawn from a number of archival and literary sources. This text is arranged through three voices which each reflect the source of the original text. These voices belong to the discourse of sculpture, instructional manuals issued by government on the clerance and demolition of bombed buildings, and the men at work amongst the debris.

There is a condition in oneâ&#x20AC;&#x2122;s appreciation of sculpture when for deeper understanding one must look at the lands, at mountains and valleys. Whatever its plastic value, a figure carved in stone is fine carving when one feels that not the figure but the material through the medium of the figure, has come to life.

It is suggested that local authorities should organise parties of people who would be available to assist in clearing up partly demolished houses and other buildings, and rescuing personnel.

They said come. Come from those trades that know building intimately. Scaffolders, housebreakers, hands employed in the construction of steel buildings. Intimate to the elementary forms of construction, it is thought we must likewise be sensitive to its general forms of collapse.

This is the building,

one of the buildings.

Historically, sculpture was part of the overall conception of any building

and metaphors of human presence.

on the walls below.

be more or less immovable.

We are called to work often at night. As they perhaps have learned from us they drop incendiary to light the way. A following wave of aircraft drop their high explosives. It is not for us to fight the fires, or to know if we are glad of them or not and the light that they give to our work.

Call and listen for responses.

In non-framed buildings, excessive debris loads on upper floors may cause their collapse and lead to the successive collapse of lower floors.

All above that level is likely to collapse.

Appreciate fully the extent to which a building has been damaged.

With some prior knowledge of its form and layout

study carefully the way that the building has collapsed.

This is the building.

Disturb the debris as little as possible.

Exercise great care in the use of tools.

Preceeding the introduction of space around the arms and the legs around the head and the neck freeing it from its piece of stone cutting it apart to stand as a whole body in space.

Each object stands in order, reduced to a common relationship by a common medium.

Is it a dangerous structure? Answer competently.

Can the structure be repaired? What is the exact extent of demolition necessary?

They said come. Come from those trades that know building intimately. Scaffolders, housebreakers, hands employed in the construction of steel buildings.

Intimate to the elementary forms of construction, it is thought we must likewise be sensitive to its general forms of collapse.

Just as the cultivator works the surfaces of mother earth so the sculptor rubs his stone to elicit the shapes which his eye has sown in the matrix.

Work should of course commence at the top and proceed downwards.

Walls are usually knocked down by mattock,

Taking the structure to pieces by hand.

They call labourers unskilled workmen. You might say this is true up to a point for it does not take years of apprenticeship to learn how to use a pick. But there is a right and a wrong way.

Chisel, drill and claw. Muscle and sweat. Tractor, bulldozer, mechanical loader. This wholesale demolition is a product of war. 60

Carving shape, however abstract, is seen as belonging essentially to a particular substance.

The debris consists of earth, bricks, other hard materials and wood. We refer to this earth as â&#x20AC;&#x2DC;shitâ&#x20AC;&#x2122; especially when clayey.

We work in groups of three, two with a pick and shovel hacking at the debris and filling the barrow, the third wheeling the barrow away and unloading it.

Engaged in this kind of work we inhale dust the whole day, are exposed to the heat of the sun and the cold and the dampness of the rain and snow. 63

The different materials should be sorted and stacked properly.

We see the rag-and-bone man come by and say let him collect the paper and rags.

All stone is heightened by human touch.

Into the solidity of stone, the fantasies of bodily vigour, of energy in every form, can be projected.

Large undamaged blocks should not be broken into pieces.

One is told that a sculptural piece must be satisfactory from every angle it must be entire, significant from in front, beneath. Into the solidity of stone, the fantasies of bodily vigour, of energy in every form, can be projected.

Here is the building.

The work it shapes us. Many years at building and demolition for some. For the new lads, theyâ&#x20AC;&#x2122;ll shape up to it.

The carver begins with mass,

and the resulting object reflects its origins. 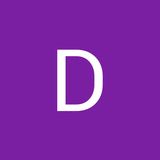 My Body is Everywhere (book)

My Body is Everywhere (book)