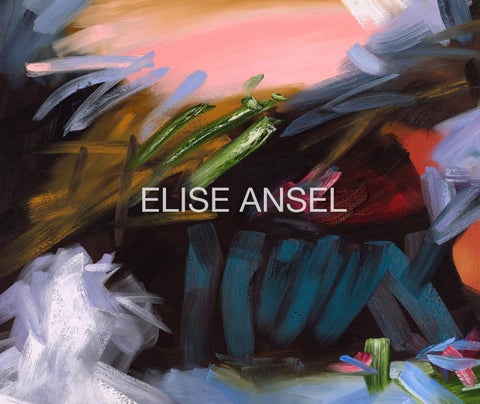 Dialogue: Elise Ansel Interview, January 19, 2017, with Joachim Homann Joachim Homann: You created all of the works on view over the last year? Elise Ansel: All of the works in this exhibition but one were painted this year. Some were created from Old Master sources I have been working with for years and others from sources I came to for the first time for this exhibition. J.H.: You have been transforming historical masterworks into a modernist idiom. Are you able to imagine beforehand the final outcome? E.A.: When I paint from a source, I am searching for things that are fresh and unexpected, trying to forge an image that is as abstract as possible while remaining fundamentally true to the source. I never know in advance exactly how the finished painting will appear. When I first undertook this, my intent was to explore the impact of authorial agency by translating Old Master paintings into a contemporary pictorial language. I have been surprised by the extent to which the spiritual or mythological content of the historical paintings I work with has revealed itself during the process of painting. J.H.: When you are beginning a dialogue with an Old Master painting, how do you select your source and what is it that you are absorbing from these works? E.A.: My initial attraction to an Old Master painting often has to do with color harmony, composition and structure. I am always looking for interesting color relationships, and compositions that suggest dynamic forms animated by asymmetrical balance. Beyond the formal characteristics, I search for narrative content that I find compelling, a certain quality of depth, sincerity, resonance and sensitivity.

Nonetheless, I never completely see or understand an Old Master painting until after I’ve begun to work with it. Painting is an alternative way of seeing that provides entry into aspects of historical paintings I might otherwise not have had access to. This operates in terms of both form and content and contributes to my goal, which is to enter into a dialogue that is reciprocal. In terms of what I am learning or discovering from them, I would say one important thing is how to communicate spiritual truth visually. J.H.: As a painter who familiarizes herself to such a degree with works from the past, what do you see as the quality of a painting? When we speak of “quality” in paintings, what do we mean? E.A.: I look for formal brilliance, emotional depth, spiritual energy, originality, a willingness on the part of the artist to take risks and to be open and honest, a certain kind of erotic energy. I think we see this in the work of Matisse, Titian, Rembrandt, Picasso, Joan Mitchell, de Kooning – many great artists. J.H.: Although you source material from the past, your painting also operates independently – your work is seductive and joyful and offers an intense visual experience. While it can certainly function as an enterprise unto itself, its meaning is deepened when viewers recognize its art historical roots. E.A.: Ideally, I would want someone looking at one of my paintings to appreciate it as an abstract object on its own terms and then, at some point, over time, to have a moment of recognition during which the Old Master source and my painting’s relationship to it become clear. J.H.: How do you build your paintings?

E.A.: I often paint multiple iterations from a single source. I begin by making small oil or watercolor studies. Spontaneity, improvisation, instinct and intuition eclipse rational, linear thinking during the process of making the studies. The large paintings expand upon the color, the gestural character and the choreography of the preliminary studies. My paintings are most successful when the entire surface is worked ‘wet into wet’ in one long session. Gesture and movement offer possibilities of improvisation, which as Frank Auerbach said, “contains the mysteries.” J.H.: As a female painter, you have taken on the heritage of western painting, which has been dominated by male artists. Thoughts? I didn’t set out to become a ‘feminist artist.’ I set out to become an artist and I ran into some obstructions, which I realized were related to the way women were being depicted in many of the canonical works of art I was looking at. Almost everything seemed to be presented from a male point of view. A byproduct of this was that artists whose talent I respected were representing women in either a sexually objectified way, or in an idealized way. I wanted to hold on to and interact with aspects of the Old Master paintings I admired while reframing aspects I found implicitly sexist. My method involves reimagining art historical images from my own perspective, through the lens of gestural abstraction. Abstraction allows me to interrupt a one-sided narrative and transform it into a sensually capacious non-narrative form of visual communication that embraces multiple points of view. J.H.: Have you succeeded at achieving your objectives?

E.A.: Painting is an ongoing process of never arriving, a goal without an end. New ideas emerge from preceding paintings and new paths open up for me. My intention has been not only to make original work and to deepen my own appreciation of Old Master paintings but also to bring those paintings into focus for other people, to enliven and reinvent them in the context of contemporary life and culture. I think this idea is best expressed in a brief quote from Robert Storr: “One of the ways that historical art stays fresh is because of what is done by contemporary artists that bring it to mind. One of the ways that contemporary work finds root is by being seen in the context of historical precedents that give it an extra kind of resonance.”

Joachim Homann is curator of the Bowdoin College Museum of Art, Brunswick, Maine.

Fine and Hatfield Gallery, Evansville, IN

Associate Professor of Art, University of Southern Indiana, Evansville, IN

Evansville Museum of Arts and Sciences, “Eastside/ Westside,” Evansville, IN

Pinnacle Art Gallery, “The Low Country and Beyond”, Savannah, GA

“Twenty-Three Years of Printmaking at SMU,” A Travelling Retrospective of Prints from the Meadows School of the Arts, Meadows Museum, SMU, Dallas, TX 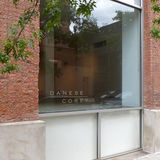