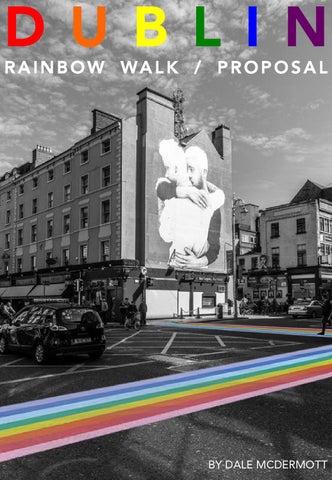 FOREWORD Dear Dublin City Councillors and Officials, 2015 has been a historic year for members of the LGBT community in Ireland. The Marriage Equality referendum lead to the creation of arguably what was the greatest grassroots civil rights movement this country has ever seen. Thousands upon thousands of citizens became active in campaigning and this lead to successful passing of the proposal by the people of Ireland by a substantive majority. Ireland became the first country in the world to adopt equal marriage by popular vote, a historic achievement for a country that only decriminalised homosexuality in 1993. How far our republic has come in such a short space of time and this is something we can be extremely proud of.   Dublin City Council also has reason to be proud with it’s history in supporting the LGBT community in Ireland along with continued support for many initiatives, most notably the annual Dublin Pride Parade which year after year continues to attract record numbers of participants and spectators.   Ireland has transformed into a beacon of hope to many LGBT people across the world that live in countries and cities that are not as welcoming. It is important to note that Dublin is at the epicenter of this beacon, a reality fought for by many. 2015 has been an extraordinary year for the LGBT community and that is why I believe that Dublin City Council should commission this proposed project to recognise that fact.   Contained in this document are a series of suggested locations for where rainbow pedestrian crossings could be installed in Dublin City Centre. I do hope that you view this idea with merit and will pursue its implementation.   Yours sincerely,

The Castro District in San Francisco, California, is synonymous with the LGBT community across the world with being a beacon of hope and an area where the LGBT community shine, out and proud. It was an area home to Harvey Milk, the former Mayor of Castro Street and leading LGBT activist who was assassinated by an anti-gay activist. As someone who visited the Castro in the summer of 2015, I was not sure what to expect and was quickly in awe at such a simple, yet extremely symbolic feature engraved in the road infrastructure. A series of rainbow colour pedestrian crossings are in place in the district. They are quite a unique and attractive feature and have become a tourist attraction since they were installed in 2014.   These pedestrian crossings are not only confined to the Castro District in San Francisco, West Hollywood also has installed rainbow themed crossings in 2012.   Along with West Hollywood, in Israel, Tel Aviv city officials painted crosswalks with rainbows colours in advance of the Pride celebrations.   In 2013, Sydney also installed rainbow-pained crosswalks similar to those in West Hollywood.   The installation of these themed crossings have helped LGBT persons to identify these areas as safe destinations for them to travel and as such has led to a boost in tourism.

George’s Street has for decades been the unofficial gay quarter of Dublin City and is home to the famous public house, ‘The George’, an establishment that was originally a sanctuary for many in the LGBT community to now one that is frequented by many people, gay and straight. This location would provide a real recognition of the history associated with the surrounding area and could help to further bolster tourist traffic within the area. With this junction being one of Dublin’s busiest, it would maximise exposure for the project

On the day of the Marriage Equality Referendum result (Saturday, 23rd May 2015), the courtyard of Dublin Castle was opened up to the public to hear the declaration. Following the declaration by the National Returning Officer, thousands of people left the courtyard and proceeded to Dame Street via Cork Hill and Dublin effectively came to a standstill as members of the public celebrated outside City Hall on Dame Street for the evening. The two pedestrian crossings highlighted in the image above provide Dublin City Council with the opportunity to commemorate this historic celebration by installing the proposed rainbow themed p e d e s t r i a n c ro s s i n g s i n t h i s i m m e d i a t e a re a . A commemorative plaque could also be installed highlighting the significance of the area.

Pantibar has quickly become one of Ireland’s most famous pubs and is now a landmark for LGBT people within our city. Panti Bliss was extremely prominent during the Marriage Equality referendum and has now become a world icon. In recognition of the above facts and also the transformation of Capel Street into another gay quarter in our city, the installation of rainbow pedestrian crossings in the surrounds of Pantibar would further add to the area.

REASONS TO APPROVE FOR TOURISM •  Ireland is now seen as a major tourist location for LGBT people across the world. Tourism Ireland recently launched a campaign following the successful passing of the Marriage Equality referendum to attract same-sex couples to Ireland to get married. •  Other rainbow pedestrian crossings around the world have become a tourist attraction. Dublin could follow this trend. •  The rainbow pedestrian crossings help LGBT visitors to know that the city is one that welcomes them and is a place in which they can feel safe.

FOR CULTURE •  The locations identified in this document have significant cultural meaning to Ireland’s LGBT history and the LGBT community as a whole. •  The installation of the rainbow pedestrian crossings would be a fitting recognition to the history associated with the LGBT community in specific Dublin City locations. •  As the first country in the world to approve Marriage Equality by popular vote, the rainbow pedestrian crossings could be a fitting monument to this fact.

FOR BUSINESS •  The increased flow of tourist traffic to the various locations will help businesses in the vicinity.

APPENDIX 1 RAINBOW WALKS AROUND THE WORLD 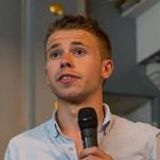 A proposal to Dublin City Council for the installation of rainbow coloured pedestrian crossings in the centre of Dublin City.

A proposal to Dublin City Council for the installation of rainbow coloured pedestrian crossings in the centre of Dublin City.