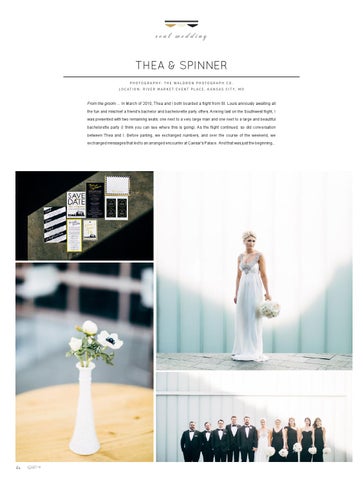 From the groom ... In March of 2010, Thea and I both boarded a flight from St. Louis anxiously awaiting all the fun and mischief a friendâ&#x20AC;&#x2122;s bachelor and bachelorette party offers. Arriving last on the Southwest flight, I was presented with two remaining seats: one next to a very large man and one next to a large and beautiful bachelorette party (I think you can see where this is going). As the flight continued, so did conversation between Thea and I. Before parting, we exchanged numbers, and over the course of the weekend, we exchanged messages that led to an arranged encounter at Caesar's Palace. And that was just the beginning... 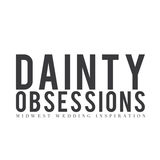