A “friendly” Twitter feud between the Oxford Police Department and the Gainesville Police Department caught national attention and earned one officer a surprise visit to Gainesville. The feud between the two police departments started on Saturday after Ole Miss defeated Vanderbilt and received press from national sites such as NBC Sports, Fox Sports, ESPN and Sports Illustrated. “Oxford threw the first blow,” said Ben Tobias, public information officer for the Gainesville Police Department. Tobias has controlled the GPD Twitter account for three and a half years. The GPD account has gained over 800 new followers since the rivalry began on Saturday evening, and several students and other followers have participated in the on-going conversation, spreading the word through retweets, favorites and replies. “We are having so much fun with it,” Tobias said. “It’s a nice, friendly rivalry.” Even though the feud has taken on a playful tone, Tobias said that some Twitter users do not agree with the way the GPD and OPD are using their accounts. Tobias said a GPD follower reached out to them about the lack ILLUSTRATION: CAROLINE CARROWAY of professionalism displayed on These are some of the tweets featured in the ‘feud’ between Oxford Police Department and Gainesville Police Department conthe social media site. cerning this Saturday’s game against the Florida Gators.

“Some people follow us solely for public safety warnings, and we have to respect that,” Tobias said. Lt. Hildon Sessums and Maj. Jeff McCutchen run the OPD Twitter account. They said the account was created in order to communicate with the citizens of Oxford in an efficient way. McCutchen and Sessums said feuding with rival police departments will not be a regular occurrence. “This has been a fun week,” Mccutcheon said. “The tweets between GPD have helped us as law enforcement to show our human side.” According to OPD, their staff was brought closer together through this experience. Justin Kyle Tanner, 2015 Ole Miss Graduate, partook in the Twitter battle. “With the current outlook on police, this is a really great way to create a positive interaction between cops and the community.” Tobias said he thinks the feud has brought positive light to the police community. “We’re humans behind our badges,” Tobias said. “It is especially hard to show that with the way police are viewed in our culture currently.” Tobias said the GPD’s last words to OPD once the feud is over will be, “I’m never gonna give you up, I’m never gonna let you down. Never gonna run around and desert you.”

Ole Miss Outdoors is coordinating with Student Disability Services to provide more inclusive and adaptive recreation experiences for participants with disabilities in order to make the program more accessible. The multi-faceted organization was originally created in order to expose more students and community members to the outdoors. Ole Miss Outdoors Assistant Director Shannon Richardson said the group’s primary short-term goal is to discover methods to make the program more accessible to those who might have varying disabilities or need some type of as-

sistance. Richardson’s said the primary focus for OMOD is water sports such as kayaking and canoeing. “We’re beginning the conversation of getting some training in that area to really improve our program,” Richardson said. The American Canoe Association, offers an adaptive paddling program that allows organizations to seamlessly incorporate individuals with physical disabilities into outdoor recreational activities. The implementation of this program will allow people of all abilities to participate in water sports in a safe and comfortable manner and with the same performance as all other participants, Richardson said.

Richardson said she is looking forward to incorporating these initiatives into the OMOD program.“We want to make sure we’re being inclusive,” Richardson said. “Our focus is providing more programs that allow us to be more inclusive.” OMOD, located in room 110 on the bottom floor of the Turner Center, offers a myriad of opportunities for students and community members to soak up all nature has to offer. The organization offers everything from adventure trips and ropes courses, to outdoor equipment rentals and access to hiking trails. The OMOD program has PHOTO BY: TAYLOR COOK 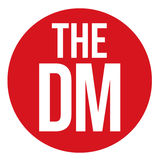