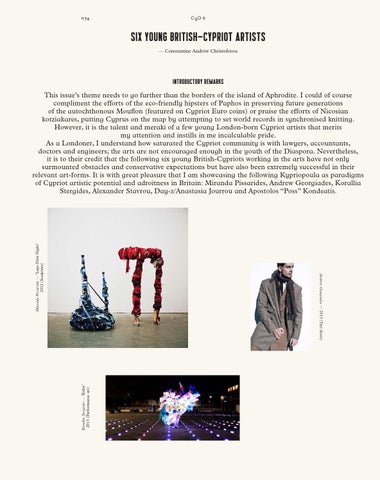 This issue’s theme needs to go further than the borders of the island of Aphrodite. I could of course compliment the efforts of the eco-friendly hipsters of Paphos in preserving future generations of the autochthonous Mouflon (featured on Cypriot Euro coins) or praise the efforts of Nicosian kotziakares, putting Cyprus on the map by attempting to set world records in synchronised knitting. However, it is the talent and meraki of a few young London-born Cypriot artists that merits my attention and instills in me incalculable pride. As a Londoner, I understand how saturated the Cypriot community is with lawyers, accountants, doctors and engineers; the arts are not encouraged enough in the youth of the Diaspora. Nevertheless, it is to their credit that the following six young British-Cypriots working in the arts have not only surmounted obstacles and conservative expectations but have also been extremely successful in their relevant art-forms. It is with great pleasure that I am showcasing the following Kypriopoula as paradigms of Cypriot artistic potential and adroitness in Britain: Miranda Pissarides, Andrew Georgiades, Korallia Stergides, Alexander Stavrou, Day-z/Anastasia Jourrou and Apostolos “Poss” Kondeatis.

An intellectual journal with one intention, to initiate frequent cross-disciplinary dialogue on political, social and cultural issues faced by the island’s inhabitants, as diversely and impartially as possible. 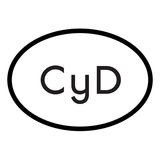