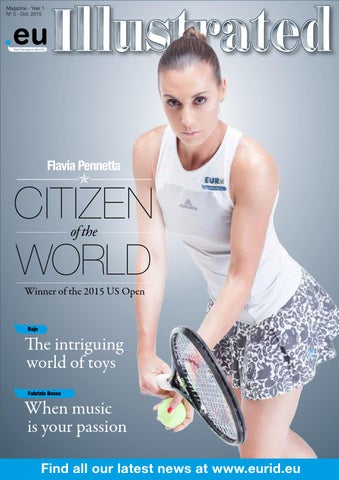 CITIZEN WORLD of the

When music is your passion Find all our latest news at www.eurid.eu

Dear reader, .eu is not just an internet domain name extension, it’s an identity. It says that you live or work in the European Union and/or the EEA. If you have ever thought about launching your own online business, or simply establishing a presence on the Internet, and wish to appeal beyond national boarders, across the EU and farther still, then .eu is for you. Since 2005 the extension has been managed by EURid, a multinational organisation that prides itself on keeping millions of people’s online identity safe and secure.

Behind these registrations lies a story, a story we have invited our users to share.

EURid founded its very own.eu Academy during the second quarter of 2015! eurid.eu/en/about-us/eu-academy

The .eu Web Awards continue with the 2015 edition. webawards.eurid.eu

These pages are filled with testimonials from every day .eu users, enabling readers to see inside the lives of some of our domain name holders. This publication aims to stimulate the reader’s creativity and demonstrate what can be achieved with .eu. Over the past nine years over 3.9 million domain names have been registered. Behind every one of these registrations lies a story, a story we have invited our users to share. Our hope is that the success stories found within will serve as a source of inspiration and prove helpful in achieving your own goals, be they personal, professional or a bit of both… Enjoy the read, Giovanni Seppia, External Relations Manager

We are the first European TLD registry to be registered by the EU Eco-Management and Audit Scheme. eurid.eu/en/about-us/going-green

Part two of the IT Expo series is expected to attract an estimated 1 500 visitors from across the globe. EURid will attend the event to be held at Žilinská univerzita with WEBGLOBE – Yegon, s.r.o., one of its accredited registrars. 14 October 2015

Launched for the first time in 2011 and co-organised by Polak 2.0 and Infoguru Sp. z oo, now represents one of the most popular eCommerce events in Poland. 18-22 October 2015

ICANN meetings are held three times each year and officially run five days (Monday to Friday) in different regions of the globe to enable attendees to participate in person. EURid will attend and partake as a gold sponsor of the event to be held at the Convention Centre in Dublin. 5-7 November 2015

Eget Företag, one of Scandinavia’s most reputed fairs, brings together thousands of visitors wishing to gain more knowledge on launching, running and developing their business. The event will take place at Stockholmsmässan. 10-13 November 2015

The Internet Governance Forum (IGF), which will hold its 10th annual meeting on the ‘Evolution of Internet Governance: Empowering Sustainable Development’ in the Poeta Ronaldo Cunha Lima Conference Center, serves to bring people together from various stakeholder groups as equals, in discussions on public policy issues relating to the Internet. 18 November 2015

.eu is becoming a quality label that companies want to use to stand out Marc Van Wesemael, General Manager

The 2015 .eu Web Awards ceremony will be held at the Natural Science Museum in Brussels where finalists and their registrars, various European stakeholders and members of the Jury will be invited to celebrate the extraordinary talent of some of our .eu domain name holders.

For more upcoming events, check out

.eu across the EU and EEA

protest.eu Sports apparel The Netherlands Founded in 1993, Protest is a design-led boardwear company that creates beautiful and functional boards, clothing and accessories.

On 7 April 2006, EURid opened the .eu TLD for general registration on a strictly first come, first served basis. Over the years millions of .eu domain names have been registered across the European Union and, more recently, the EEA by individuals and organisations from a wide range of sectors. The countries in the top ten list account for 87.5% of all .eu registrations! German residents have the most .eu domain name registrations, followed by residents of the Netherlands and France. Discover more of our success stories on our youtube channel: youtube.com/user/Europeanregistry

promod.eu Retail France Established in 1975, Promod has progressed from a single boutique to a company with over a thousand locations in 56 countries.

bajo.eu Wooden toys Poland Bajo is a family-based design and manufacturing company, founded in 1993 by Wojciech Bajor, an academic architect and set designer. The factory introduces sustainable solutions to the toy creation process.

karums.eu Diary products Latvia One of the most popular and best loved brands, developed under the supervision of the best dairy masters to be preservative-free and natural.

crumpler.eu Bags and luggage Germany Crumpler, a company originally founded in Melbourne in 1995 by Dave Roper, Will Miller and Stuart Crumpler.

tamaris.eu Footwear Germany Tamaris is known for providing a large variety of quality oriented footwear. The company has a worldwide consumer base.

A post-bop trumpet sensation was born in Turin in 1973. He started playing at the age of five, studying under his father. Starting in 1993, he garnered a national reputation for his flawless technique and exceptionally personal sound.

“ I am Italian first and foremost, but my lifestyle also makes me a citizen of the world. Choosing a .eu domain name represents the first step in expanding the boundaries of my approach to communicating, as I seek to engage with a more international audience.”

“90% of my life is spent travelling the world”

lavia Pennetta was born in Italy and has travelled the world as a professional tennis player since she was little more than a teenager. She considers herself a citizen of the world. Her style and elegance have seen her compared to Lea Pericoli, while, on the court, she has always taken Monica Seles as her inspiration.

One of her greatest victories came at the US Open in 2009, when she fought off six match points to defeat Zvonareva. In the same year, thanks to a series of fifteen consecutive wins, she entered the WTA Top 10. In 2010, she won the Masters title in the doubles, followed by her third Federation Cup. In September 2015, Flavia won the title of US Open champion.

flaviapennetta.eu enables fans to keep up to date with Flavia’s achievements.

Fabrizio Bosso: “Many domains are too generic, whereas .eu has a new and fresh identity. It is recognisable everywhere and does not invoke a purely ‘commercial’ image.”

.eu has a new and fresh identity

abrizio Bosso was born in Turin on 5 November 1973. His passion for music and, in particular, the trumpet started from an

early age while growing up in Piossasco (Italy). The well-known musician has travelled extensively to perform live all over the world.

Although we sell internationally we have a .eu domain name as we are a European brand and we sell mostly to European customers. BAJO toys are designed and made with full knowledge of applicable European regulations. All materials used are of European origin.

“We have a .eu domain name as we are a European brand”

AJO is a family-based Polish design and manufacturing company founded in 1993 by Wojciech Bajor, an architect and set designer. The factory – located at the foot of the Polish Carpathian Mountains – introduces

sustainable solutions to the toy creation process. Their website bajo.eu has enabled them to promote their products across a number of markets. On average, bajo.eu has approximately 12 000 users annually and receives 240 000 calls and associated requests.

www.bajo.eu provides information on the company’s history and vision as well as a catalogue of all its products.

Get an unrivalled online presence with the power of .europe.

Signal quality and trustworthiness as a legal entity in the European Union or the EEA subject to EU trading and consumer laws.

Demonstrate your environmental commitment by registering a .eu. EURid, dedicated to compensating its CO2 emissions, is the only registry in Europe to be registered by the EU Eco-Management and Audit Scheme (EMAS).

Show you are European and an international player open for business across the 28 EU Member States, the EEA countries and beyond. 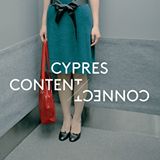