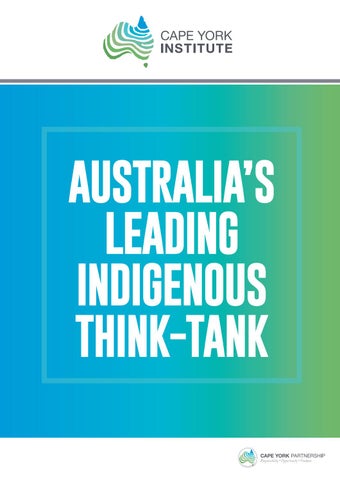 THE BIRTH OF AN AGENDA In response to the demands of the Cape York people, the Queensland Government committed to the reform agenda and funded the establishment of Cape York Partnerships and the Cape York Institute for Policy and Leadership. Since then, Cape York Institute has consistently delivered game-changing thinking that challenges the status quo and shapes better policies. The turning point was the release of our landmark report “From Hand Out to Hand Up”. The report proposed and outlined in detail the Cape York Welfare Reform Project to be rolled out in Aurukun, Coen, Hope Vale and Mossman Gorge. The driving philosophy that drives us is the Cape York Agenda, a radical blueprint for the transformation of Indigenous communities through acceptance of personal and community responsibility. The Cape York Agenda’s simple yet profound aspiration is that:

Cape York people have the capabilities to choose a life they have reason to value.

REFORMING WELFARE In response to the From Hand Out to Hand Up report, the Federal and Queensland Governments agreed to fund Cape York Welfare Reform Trial which was designed to attack the welfarism that had caused extreme social dysfunction in the Cape communities. Bravely, the people of Aurukun, Coen, Hope Vale and Mossman Gorge signed up to Welfare Reform in 2008. They committed to end passive welfare, restore communal and family harmony, and create more vibrant and prosperous communities through achieving gains in social responsibility, education, economic opportunity and home ownership.

and are kept safe from harm and neglect; and that they themselves do not commit drug, alcohol or family violence offences; and abide by tenancy agreements. It has also focussed on the restoration of local Indigenous authority, through the Family Responsibilities Commission, and invested in capability building and opportunities; including through O-Hubs.

BETTER POLICY Since our formation, Cape York Institute has been at the forefront of Indigenous policy and is widely recognised as Australia’s leading Indigenous think-tank. Driven by the Cape York Agenda we work to shift ‘business as usual’ approaches to Indigenous affairs. We accept that we are endeavouring to solve ‘wicked problems’ that are impervious to change and are extremely interconnected. We know that when we make progress in one area, we often expose issues in other areas. Inspired and informed by the thinking of old people and past Cape York leaders, we develop policies that will empower Indigenous people to be the architects of their own futures.

Uniquely, our policy development is centrally influenced by our real-world experience in Cape York, including through our O-Hubs, Cape York Employment, the Cape York Leaders Program, the Cape York Aboriginal Australian Academy and the Family Responsibilities Commission.

We devise and implement our agenda firstly within Cape York, then participate in national debates and seek to create a Ripple Effect to combat disadvantage across Australia.

Solutions that can be applied across Australia AUSTRALIA

INNOVATING FOR BETTER OUTCOMES The world is constantly changing. It is not the same world today than when we commenced on our reform journey in the early 1990â&#x20AC;&#x2122;s. Cape York is not the same place it was when the old people gathered to push for their ambitious and urgent reform agenda. The communities we work with have evolved. They have made good progress in many areas, fallen back in others, and new issues have surfaced. Technology is impacting every aspect of life and this is no different in Cape York and how we might tackle disadvantage. As our policy thinking evolves in reaction to the changes, we need to be constantly looking at the programs we deliver and ask the big questions â&#x20AC;&#x201C; are they still relevant, are they working, and are there better ways to support the people of Cape York. Our innovation team, led by Noel Pearson, are at the cutting edge of the evolution of our programs. They use proven methodologies to deeply understand our policy settings, inspect our programs to gauge efficacy, and develop new approaches that will support or evolved vision that:

Indigenous individuals and families to be recognised as First Australians, empowered to make meaningful choices, and enabled to share their culture with other Australians

An initiative of Cape York Partnership 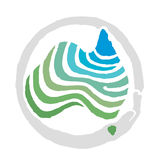