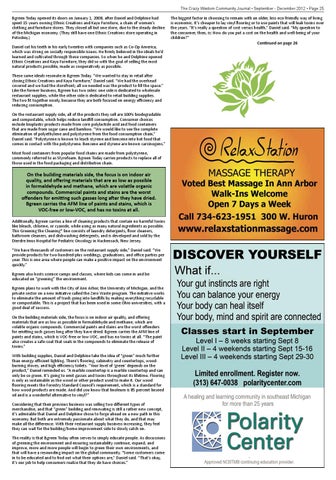 Bgreen Today opened its doors on January 1, 2008, after Daniel and Delphine had spent 15 years owning Ethnic Creations and Kayu Furniture, a chain of women’s clothing and furniture stores. They closed all but one store, due to the steady decline of the Michigan economy. (They still have one Ethnic Creations store operating in Petoskey.) Daniel cut his teeth in his early twenties with companies such as Co-Op America, which was strong on socially responsible issues. He firmly believed in the ideals he’d learned and cultivated through these companies. So when he and Delphine opened Ethnic Creations and Kayu Furniture, they did so with the goal of selling the most natural products possible, made as cooperatively as possible. These same ideals resonate in Bgreen Today. “We wanted to stay in retail after closing Ethnic Creations and Kayu Furniture,” Daniel said. “We had the overhead covered and we had the storefront; all we needed was the product to fill the space.” Like the former business, Bgreen has two sides: one side is dedicated to wholesale restaurant supplies, while the other side is dedicated to retail building supplies. The two fit together nicely, because they are both focused on energy efficiency and reducing consumption. On the restaurant supply side, all of the products they sell are 100% biodegradable and compostable, which helps reduce landfill consumption. Consumer choices include bioplastic products made from corn polylactide acid and food containers that are made from sugar cane and bamboo. “We would like to see the complete elimination of polyethylene and polystyrene from the food consumption chain,” Daniel said. “Polystyrene is known to leach styrene and benzene into hot food that comes in contact with the polystyrene. Benzene and styrene are known carcinogens.” Most food containers from popular food chains are made from polystyrene, commonly referred to as Styrofoam. Bgreen Today carries products to replace all of those used in the food packaging and distribution chain.

The biggest factor in choosing to remain with an older, less eco-friendly way of living is economic. It’s cheaper to lay vinyl flooring or to use paints that will leak toxins over the years. “It’s really a question of cost versus health,” Daniel said. “My question to the consumer, then, is: How do you put a cost on the health and well-being of your children?” Continued on page 26 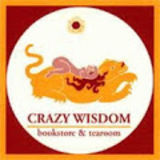