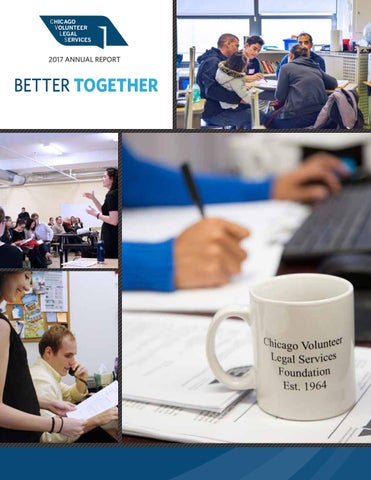 BUSIER than ever more

Alfonzo didn’t understand when his mom died. He waited for her to return to the home they’d shared his entire life. His siblings took turns caring for him, but they knew he had to move out of the house because he couldn’t live alone. When his sister Theresa petitioned to be his guardian, the Guardian Ad Litem, CVLS volunteer Michael Oquendo, worked with her so that she could become guardian with authority to find Alfonzo a good, supportive living facility. Now Alfonzo has a new home and Theresa and the other siblings continue to make sure he is safe and content.

Probate judges appoint CVLS to serve as GAL in low income cases. The GAL investigates and reports to the court on the best interests of a disabled or alleged disabled adult. This statutory and essential role protects the rights of vulnerable people. Most of these people live with family or in group and nursing homes. Our GALs visit them wherever they live, meet the people who are caring for them and learn about their health, their abilities and their daily lives. They advise the court and advocate for the personâ&#x20AC;&#x2122;s best interests.

CVLS pairs old fashioned one-to-one relationships with new technology. While staff is always here to talk with and help our volunteers, we also make it easy for them to work and learn with us online. Our clients also benefit from the expanded access to our resources. The easier it is for them to seek legal help, the larger impact we are able to make.

The Probate Court Assistance Project (PCAP) began when an attorney invited CVLS to partner with him and veteran probate attorneys to provide pro bono representation in low-income decedentâ&#x20AC;&#x2122;s estate cases. Judges refer potential clients who file estate cases themselves, but donâ&#x20AC;&#x2122;t know how to proceed. Other clients come to CVLS when a relative dies owning a home and the family needs help with the real estate. These experienced volunteers handle the cases or find extra-judicial solutions to marshal family assets, saving time and headaches in the process.

Several years ago, CVLS helped a disabled homeowner save her home from foreclosure. After the homeowner died, her daughter Debra needed help probating the estate. The bank was threatening, once again, to foreclose on the property. Not only did CVLS volunteer Lauren Sanuw handle the decedent’s estate, but, once the family found a buyer for the home, Lauren agreed to handle the closing pro bono, too. Thanks to Lauren, the house wasn’t sold at a foreclosure auction. Instead, family members were able to share the proceeds of the sale of their mom’s home.

IMMIGRATION CLINICS CVLS responded to fear in the immigrant community by holding clinics and community presentations for undocumented immigrants with children. Trained volunteers helped them prepare short term guardianships so their U.S. born children are protected in the event their parents are detained or deported. CVLS also started a Special Immigrant Juvenile Status program to help undocumented kids gain a path to citizenship. 10

Anthony purchased a run-down three flat, living with his 13-year old daughter in one unit and planning to rent out the other two once they were habitable. He got a remodeling loan from a bank to hire a contractor. The man started out fine, but eventually stopped showing up for work. Tony wanted to terminate his contract and hire someone else, but the bank required that he arbitrate his dispute with the contractor first. Tony needed a lawyer and CVLS volunteer John Aramanda wanted to litigate. The arbitrator ruled in Tonyâ&#x20AC;&#x2122;s favor and found that the contractor owed Tony $10,778 for work that he never did.

Chancery judges appoint CVLS to represent low income parties who are trying to litigate complex cases themselves. Our volunteers defend mortgage foreclosures, including fraud and predatory lending, declaratory judgments and injunctions and represent plaintiffs in administrative review cases. These cases give our volunteers interesting and meaningful litigation experience.

AWARD WINNERS MARGARET BENSON Meg was honored with the Loyola University of Chicago School of Law Alumni Public Service Merit Award for demonstrating an outstanding commitment to public service and social justice in her career. SUSAN DECOSTANZA Susan interned at CVLS in 2007, joined our staff in 2010 and currently serves as Director of CVLS’ Adult GAL Program. The Public Interest Law Initiative honored her with their Distinguished PILI Alumni Award at their 40th Anniversary gala this year. BRION DOHERTY Brion began volunteering with CVLS right out of college. Now he serves on our board of directors and continues to handle CVLS cases. For that and many other reasons, Brion Doherty was honored this year as one of the “Forty Under 40” attorneys by the Chicago Daily Law Bulletin. SALVADOR LOPEZ Sal Lopez and his law partner, Kathleen Robson were co-recipients of this year’s Chicago Bar Foundation Edward J. Lewis II Pro Bono Award. Together, they took hundreds of pro bono mortgage foreclosure defense cases and other litigation matters from legal aid agencies in addition to doing their own informal pro bono. KATHLEEN ROBSON Kathleen Robson and her law partner Sal Lopez founded their socially conscious law firm, Robson & Lopez, with the purpose of giving back to the community while also serving clients. SANDY MORRIS Sandy Morris received The John C. McAndrews Pro Bono Service Award from the Illinois State Bar Association for years of providing direct pro bono services to individuals in a broad spectrum of case types. HOWARD RUBIN DePaul Law School Dean Howard Rubin promoted the values of pro bono and public service in the legal profession to DePaul law students for more than four decades. He was honored with the Chicago Bar Foundation’s Leonard Jay Schrager Award of Excellence.

CVLS is a general practice of law for the poor. If an eligible client has a legal problem, we work to find a pro bono attorney to handle it. Our Panel Referral Program has been finding and giving a variety of interesting cases to volunteers since 1982.

Legally blind, Sharon needed an in-home aid for help with daily activities. Although she’d established eligibility for services years ago, during a routine reevaluation she was declared ineligible despite no change in her health or abilities. When her benefits were terminated, Sharon filed a pro se complaint for judicial review. CVLS volunteer Evelyn Hoffmann challenged the hearing officer’s decision, pointing out errors and arguing the officer had misapplied the law. The Chancery Court agreed and reinstated Sharon’s in-home aid.

years worth of attorney experience at CVLS

Community organizations and churches host CVLS legal clinics around the city. Volunteers meet with potential clients for a few hours after work or on a weekend every few months, and provide follow up services as necessary.

642 Children Had an Advocate

657 Parents and Siblings Not Forgotten

159 Children Given a Voice

INDEPENDENT AUDITOR’S REPORT Taglia & Associates, P.C. Certified Public Accountants 7355 West Garden Court River Forest, Illinois 60305 (708) 488-0200 Fax (708) 488-0227 To the Board of Directors of Chicago Volunteer Legal Services Foundation We have audited the accompanying financial statements of Chicago Volunteer Legal Services Foundation (a nonprofit organization), which comprise the statements of financial position as of June 30, 2017 and 2016, and the related statements of activities, functional expenses and cash flows for the years then ended, and the related notes to the financial statements. Management’s Responsibility for the Financial Statements Management is responsible for the preparation and fair presentation of these financial statements in accordance with accounting principles generally accepted in the United States of America; this includes the design, implementation, and maintenance of internal control relevant to the preparation and fair presentation of financial statements that are free from material misstatement, whether due to fraud or error. Auditors’ Responsibility Our responsibility is to express an opinion on these financial statements based on our audits. We conducted our audits in accordance with auditing standards generally accepted in the United States of America. Those standards require that we plan and perform the audit to obtain reasonable assurance about whether the financial statements are free from material misstatement. An audit involves performing procedures to obtain audit evidence about the amounts and disclosures in the financial statements. The procedures selected depend on the auditors’ judgment, including the assessment of the risks of material misstatement of the financial statements, whether due to fraud or error. In making those risk assessments, the auditor considers internal control relevant to the entity’s preparation and fair presentation of the financial statements in order to design audit procedures that are appropriate in the circumstances, but not for the purpose of expressing an opinion on the effectiveness of the entity’s internal control. Accordingly, we express no such opinion. An audit also includes evaluating the appropriateness of accounting policies used and the reasonableness of significant accounting estimates made by management, as well as evaluating the overall presentation of the financial statements. We believe that the audit evidence we have obtained is sufficient and appropriate to provide a basis for our audit opinion. 43

Opinion In our opinion, the financial statements referred to above present fairly, in all material respects, the financial position of Chicago Volunteer Legal Services Foundation as of June 30, 2017 and 2016, and the changes in its net assets and its cash flows for the years then ended in accordance with accounting principles generally accepted in the United States of America. 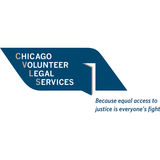