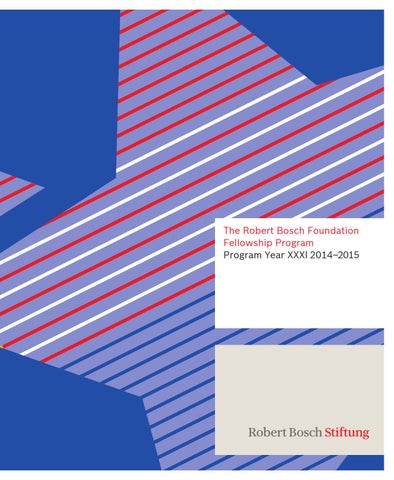 In September 1984, the first group of Robert Bosch Foundation Fellows arrived in Germany. Every year since then, a group of highly accomplished young Americans have been afforded this unique opportunity to acquire first-hand experience in the political, economic and cultural environment of Germany and the European Union. Fellows complete high-level work rotations (“stages”) at leading public and private institutions in Germany tailored to their respective background and professions and participate in seminars involving key decision-makers from the public and private sectors. Through the program’s unique format of seminars and work phases, Bosch Fellows gain an insider’s understanding of the German professional world, make a wide variety of contacts with key decision makers, and become more familiar with German and European views on global issues. Since its relaunch in 2014, the Bosch Fellowship offers additional flexibility for American professionals looking to gain high-level, practical experience in Germany and expand their networks in Europe. The three core components of the Bosch Fellowship remain the same: customized work phases, discussions with key figures in Germany and Europe through professional seminars, and intensive German language training. Additionally, the program now has a broader range of professional fields, options for program duration, as well as updated eligibility requirements. By opening up this unique opportunity to include

more mid-career professionals from a wider variety of backgrounds, the Bosch Fellowship endeavors to extend its reach and create even deeper ties within the transatlantic sphere. The program is fully funded by the Robert Bosch Stiftung, one of the largest foundations in Germany, with the goal of fostering a community of American leaders who have first-hand experience in the political, economic and cultural environment of Germany and the European Union. Fellows are selected from the fields of business administration, cultural management, journalism, law, nonprofit, public policy, and urban planning. Bosch alumni include academics and journalists, senior White House and federal officials, and accomplished business and non-profit leaders.

Program Summary 2014–2015 The Fellowship year lasts six or nine months, beginning in September and ending in February or May of the following year. Prior to September, Fellows receive one to two months of intensive language training in Berlin.

The first seminar session began in September 2014 with a kick-off meeting in Stuttgart (home to the headquarters of the Robert Bosch Foundation and the Robert Bosch GmbH) and focused on Germany’s political system and its role in the European Union. In Berlin, the Fellows received an overview of German history, politics, economy, and society. During an excursion to Brussels they learned about Germany’s role in Europe and became familiar with key actors and the decision-making processes in the European Union. Particularly the current crisis in the transatlantic partnership in the wake of NSA revelations and the Ukraine conflict strongly shaped many of the discussions during this first seminar.

During their stages the Fellows completed professional assignments in government institutions, like the Federal Ministry for Economic Affairs and Energy, in major companies like Porsche AG or at public institutions like Deutsche Gesellschaft für Internationale Zusammenarbeit GmbH (GIZ) or Kreditanstalt für Wiederaufbau (KfW). There, they not only gained insight into the German working environment and decisionmaking processes, but also exchanged their professional expertise and interests with their German colleagues.

During the second seminar in February 2015, Fellows had the chance to experience the election campaign in one of Germany’s city states, Hamburg. In addition, they learned about the city’s current urban development projects, like Hafencity and Elbphilharmonie. The third seminar in May 2015 mainly focused on the debate surrounding the Transatlantic Trade and Investment Partnership (TTIP) and transatlantic cooperation in climate and environmental issues. The Fellows also shaped the seminar content themselves by presenting their “transatlantic topics”, projects they had worked on during the stages, giving them the opportunity to show their professional expertise to their peers and experts from their respective fields.

Established in 1964, the Robert Bosch Stiftung GmbH is one of the major German foundations associated with a private company. It represents the philanthropic and social endeavors of founder Robert Bosch (1861-1942) and fulfills his legacy in a contemporary manner by taking on challenges of modern day society, developing forward-looking concepts, and putting them into practice in exemplary fashion. The Robert Bosch Stiftung has structured its activities into four program areas:

Cultural Vistas is a nonprofit 501(c)(3) organization that annually serves more than 5,000 students, professionals, and emerging leaders through career-focused international internships, educational study tours, language immersion and cultural exchange programs in the United States and around the world.

Cultural Vistas acts as the U.S. representative of the Robert Bosch Foundation Fellowship Program and has administered the program since its inception in 1984. Learn more at culturalvistas.org

The Robert Bosch Stiftung, the objectives of which are exclusively non-profit, holds 92% of the capital stock of Robert Bosch GmbH. From 1964 until 2014, the foundation provided approximately 1,3 billion Euros in funding, 68 million Euros in 2014 alone. 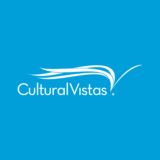