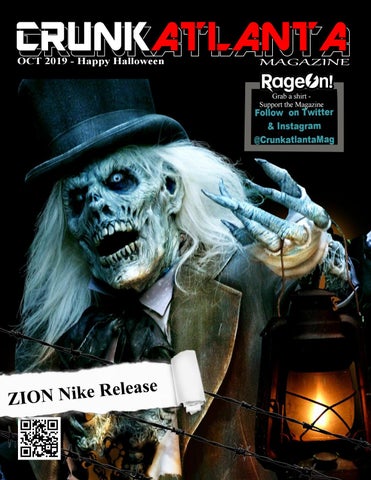 Bankroll Fresh - In Bank We Trust

Back On Road -Rich Homie Quan

Herstory In The Making YOUNG M.A

Paying homage to the greats! Wu-Tang Forever! Born Jamel Dorsey but known to his fans as Money Mel, grew up on the Eastside of Harlem. He is definitely an up and coming artist to look out for and is known for his smooth, witty delivery, and is expected to drop his 7 song EP this fall on Spotify, Tidal and CD Baby. Stream Money Mel &quot;Ice Cream Freestyle&quot; on YouTube:

I can not stress this any clearer . Gainâ&amp;#x20AC;Ś. Gain free stock in a random company just for visiting this site. You get a stock and also I do for telling you about this company. To date, I have gotten over 1500 shares of stock . Some I bought and most were free. No reason to pass this up â&amp;#x20AC;Ś

San Diego-born, Oakland-bred rapper G. Battles presents the Rick The Directordirected music video for &quot;Rolls Royce&quot;, featuring Rick Ross and Spice 1, which will appear on Battles&#39; forthcoming album First Draft Pick, set for release on his Blak Heart imprint. &quot;Rolls Royce&quot; follows on the heels of Battles&#39; clips for &quot;Roll Some Bomb&quot; (Youtube), &quot;Fidel Castro&quot; (Youtube) and &quot;Dogg Star&quot; (Youtube). Now residing in Las Vegas, his music has been licensed for television shows on FOX and Showtime; on The Pitch, Shameless and in the film The Hot Flashes. Battles&#39; single &quot;Night Of Your Life&quot; was recently featured on the CBS TV show &quot;The Good Fight!&quot; and Battles also made a quick appearance in Straight Outta Compton. Battles says he wrote his new single Rolls Royce, &quot;because it was always a dream of mine to have a Rolls. Coming up in poverty, my only aspiration was to become successful so I would never want for anything. This song was written to manifest greatness in my own life and to show others that they can do the same thing too.&quot;

CRUNKATLANTA MAGAZINE No matter what production she’s singing over, Faith Walker’s vocals stick out like a diamond in the ruff. Sharp and effulgent, these harmonies will spin celestially between your headphones,with the final effect being your “Head In The Clouds”. With that being said, these Los Angeles-born/Toronto-raised songstress couldn’t have titled her EP better. Embarking on this album destines you for an cottony, R&amp;B joyride. Not only does Faith prove magical with her singing; but her command of the early-2000 aesthetic of R&amp;B is equally top notch. She glides soulfully, wafting through production that forwards heavy-hitting drums, and guitar-tinged, chordwaving instrumentation. These elements give “Head In The Clouds” a musical purity and authenticity that is impossible to ignore. Soar into songs such as the title track, as well as “Love By Now”, “Catch My Heart” (feat. Orion Tukal), and “Enough Of Your Love” and the beauty of this album will illuminate; deeming Faith Walker a beacon for the indie R&amp;B circuit. For, if one thing can be concluded from listening to “Head In The Clouds”, it is that this amorous woman is destined for astronomical stardom. Faith Walker: https://www.instagram.com/faithwalkermusic https://www.facebook.com/FaithWalkerMusic

Lucifer Menace Considered the Marilyn Manson of hip hop, Lucifer Menace is taking horrorcore and hip hop combining it into his own genre. With a provocative name and witty flow, he took this first LP and took the world by storm expressing his anger &amp; regret towards the once-beloved being most referred to as &quot;God.&quot;

Residing in Sin City, also known as Las Vegas, Lucifer came from a town in Trenton NJ. Music not accepted by most in his area, he took storm online and gained a following of 9,000+ followers in a few months. He doesn&#39;t just create music, he creates pure emotion and spews it through his lyrics.

Mena Mahone known as BullyBoys First Lady, Im a Musical artist, actress and model. My main goal for this page is to share all of my creative thoughts and work with you all.

New Orleans native LouiVon releases the official video for his latest single, &quot;Win Or Lose&quot; featuring long time collaborator, Young Cam. The young up and comer has been consistent in his deliveries over the last few years, and he&#39;s letting his audience know that win or lose, he is going for his. Check out the visual below, and follow LouiVon on Twitter at @RealLouiVon.

Rap artist Jaaziah Smith, widely known by her stage name Laady J, was born on June 11th 1998 in Livingston, NJ and was raised in the borough of Newark. Growing up, Laady J had always carried a strong affinity towards rapping. Often times to escape reality, Jaaziah would hide in her closet rapping over instrumentals for Instagram. After receiving great amounts of flattering remarks she realized that her talents should not go unheeded. Since then, she’s been recording at various studios producing her first hit singles ‘Draco’ and ‘Bussit’. What contributed to Laady J’s interest in music industry is watching her mother, as an adolescent, do music herself. Moreover, she is known for being the daughter of Trigga the Gambler and niece of Smoothe da Hustler who discovered Foxy Brown. From her musical influences that derived from her family, to who she is and where she is from all fused together is what generates Laady J’s unique sound. Without a doubt, the young star is set to shift the culture with her fiery passion to be the industry&#39;s greatest female mc. Check out LAADY J- Suicide Ft Chrischolar &amp; Spiderloc on Youtube Social Media Handles Instagram: @officialaadyj

&quot;Janish Griffith&quot; by Raz Nein feat. TrippyThaKid is a great representation of the artist&#39;s unique sound. The song is from his EP EGO Death, which was released on July 4th, 2019. The song is a mood lifter with its high energy flow. The lyrics will have you singing along all day and the beat is smooth and melodic which will have you bopping along on repeat. Raz Nein is a hip hop artist from Orlando, Florida. His sound would be best described as Trap Punk and heavily Influenced by the South Florida Music Scene. The artist hopes that all that listen enjoy and can relate to his music. Stream Raz Nein feat. TrippyThaKid - &quot;Janice Griffith&quot; (Prod. Stael): YouTube: SoundCloud: Spotify: 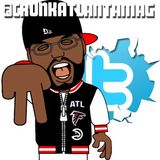