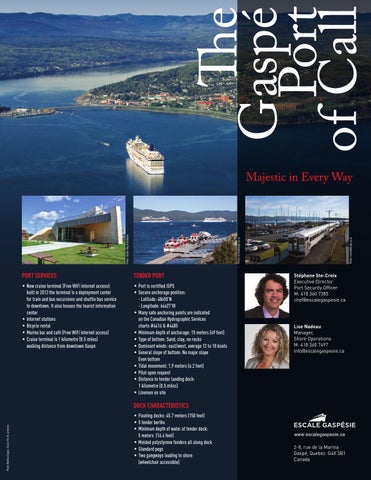 In the Gaspé, we love to play outdoors! Must-see and do attractions in our natural wonderland WELCOME ABOARD!

Spectacular at every turn! Board L’Amiral tourist train at Gaspé’s new cruise terminal and embark on a breathtaking 48 kilometres (30 miles) coastal journey. The sea… majestic, shimmering blue green water right outside your window. Let the raw beauty of the surrounding nature fill your senses. Gaspé Bay, the cliffs of Forillon National Park, the sandbar at Malbaie and legendary Percé Rock merge into an outstanding panorama that can be viewed from the comfort of your seat. So sit back and enjoy the view!

Percé itself is an awe-inspiring marriage of sea and mountains that stands out as one of Québec’s natural wonders. Its famous Percé Rock is a haunting limestone formation that rises out of the Gulf of St. Lawrence. It is one of the largest and most spectacular natural arches in the world and a proud testament to Gaspésie’s geological heritage.

• Cradle of Canada tourist site: A recreation of a not so distant past in the heart of Gaspé when it was a duty-free port with shipping as the primary economic activity with 40 to 50 ships docking annually. Investment: $16 million

• Penouille Peninsula: A sandy spit of land in the Bay of Gaspé, bordered by a beautiful beach that is popular for swimming, walking, or just relaxing. Aims to provide top quality recreational and educational activities where visitors will find:

On Bonaventure Island, visitors can walk to one of the world’s largest and most accessible Northern Gannet colony. While over 250,000 seabirds of various species call the island home, the nesting colony of gannets is certainly the highlight of the tour. With a population of 120,000 adults, it is a unique spectacle and a sight you will NEVER forget.

FORILLON NATIONAL PARK OF CANADA: AN INVITATION TO LAND’S END! The Park’s shores and mountain tops boast some of the most breathtaking scenery in all of Eastern Canada. Majestic landscapes cover a 244 square kilometre (94 square mile) area. Here, where the land meets the sea, are born dizzying cliffs, picturesque coves, rocky capes as well as beautiful sand and pebble beaches.

GRANDE-GRAVE HERITAGE SITE The mark humans have left on the Forillon landscape speaks of how closely their lifestyle was attuned to the natural environment. Hyman and Sons’ General Store and a fishermanfarmer homestead recount the history of the people who once settled this rugged coast and bear witness to the commercial and industrial activity of this bygone fishing village.

CAP-BON-AMI (seabird observation site) Probably the most impressive and popular lookout point in all of Forillon National Park, the Cap-Bon-Ami sea cliffs are quite simply breathtaking to behold. With walls reaching heights of up to 200 metres (650 feet) above sea level, these limestone cliffs rise up as veritable fortresses from the Gulf waters. In addition to being home to Eastern Canada’s largest Black-legged Kittiwake colony (over 10,000 nesting pairs), these cliffs are also home to numerous other seabirds and are present in the cliffs between early spring and late summer, attracted by the multitude of nesting sites and the abundance of food found in the surrounding waters. The Cap-Bon-Ami lookout point is also an ideal spot to observe seals and whales.

- Salt marsh (a natural habitat for birds, butterflies, and fish) - Marine ecosystem (a nursery teeming with life) - Archeological heritage site Accessible by tender where guests can explore at their leisure by renting electric bicycles, Quadcycles or taking the shuttle which tours the peninsula. Investment: $5.3 million • Development of a major recreational tourism geopark in Percé: $7,7 million

GASPÉ IS THE MAIN CITY AT STOPOVER With some 150 kilometres (93 miles) of shoreline open to the Gulf of St. Lawrence, Gaspé is definitely one of the most maritime cities in the province of Québec. Gaspé’s magnificent salt water bay is ideal for sailing and kayaking and has some of the most beautiful sand and pebble beaches in all of Quebec. Gaspé also boasts three world-class salmon rivers, all within a 15 minute from drive from downtown. The famous York, the crystal clear St-Jean or the mysterious Dartmouth offer an unforgettable fly fishing experience for every salmon angler. • Maritime service & product provider: Chantier Naval Forillon Shipyard • Marine equipment & supplies stores in Gaspé area 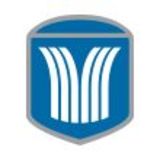 Must-see and do attractions in our natural wonderland

Must-see and do attractions in our natural wonderland