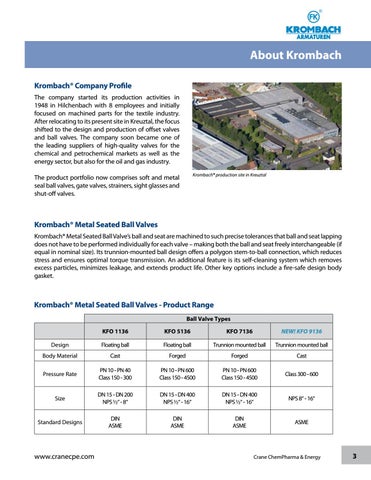 About Krombach Krombach® Company Profile The company started its production activities in 1948 in Hilchenbach with 8 employees and initially focused on machined parts for the textile industry. After relocating to its present site in Kreuztal, the focus shifted to the design and production of offset valves and ball valves. The company soon became one of the leading suppliers of high-quality valves for the chemical and petrochemical markets as well as the energy sector, but also for the oil and gas industry. Krombach® production site in Kreuztal

Krombach® Metal Seated Ball Valves Krombach® Metal Seated Ball Valve’s ball and seat are machined to such precise tolerances that ball and seat lapping does not have to be performed individually for each valve – making both the ball and seat freely interchangeable (if equal in nominal size). Its trunnion-mounted ball design offers a polygon stem-to-ball connection, which reduces stress and ensures optimal torque transmission. An additional feature is its self-cleaning system which removes excess particles, minimizes leakage, and extends product life. Other key options include a fire-safe design body gasket. 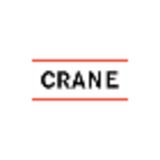