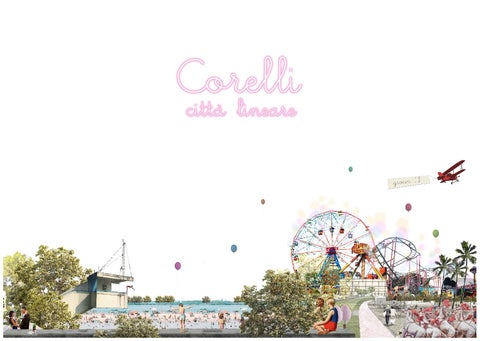 C o r rTransition i d o r b e tbetween w e e n two t w omaterials materials Parco Forlanini is placed in between the city of Milano and its countryside territory: this lead the park to be a very special transition fabric between different materials; leaving the city grid trough the agriculture landscape, GPF is a enclave element without a recognizable built density. For enlighten its function of connector between city and countryside, is necessary to work on its longitudinal borders, in order to protect the enclave.

Profiling the borders The two borders are oriented east-west and from-outside Milano are via Corelli (the north one) and viale Forlanini (the south one). All the functions of the park are connected with the borders, trough the accessibility systems (bus, and the metro in the future, etc.). Analyzing also in sections the fabric of the two borders, we notice a significant difference in the way in which they work; Forlanini could be considered as a pipe, hight speed connection, with a small thickness and low accessibility from one side to another. On the other hand, via Corelli is more complex: the barrier of the railing system creates a comb with the accesses to the park and the function sites, all with different thickness.

Corelli: the linear city The Corelli border could work as a linear city: the transition between two different materials (urban and countryside) is designed trough the connection of two city settlement (Ortica and Novegro). While working as a linear system, Corelli also provides permeability to the park trough its â&amp;#x20AC;&amp;#x2DC;combâ&amp;#x20AC;&amp;#x2122;.

The spine Starting from the comb tissue, we identify a backbone made of different fabric. The spine is composed by linear paths and pockets (open spaces). Building the spine becomes the priority for keep ing together all the comb fabric. This process takes place in different phases, taking into account the urban priority, the availability of the spaces and buildings, ecc

The spine and the comb

The linear system and the pockets The first priority in the process of making the spine, is to have a strong linear network connecting the whole system. Using two different materials, lights and greenery, in vertical arrangements, we can easily and briefly create this first step of the transformation process. In this phase we will act just in the public space, already available for interventions. Once the linear network is completed, we can start improving the spaces that are public, but unused or not maintained.New improved collective spaces for the city, such as squares and gardens, can trigger transformations around them, especially in Novegro.

Scenario Once the previous public process is complete, it will trigger also other actors, such as private owners, companies, ecc. This will lead to a guided transformation of the building for new functions and the creation of new open public spaces. But itâ&amp;#x20AC;&amp;#x2122;s necessary guiding the transformations with different actions, not just spatial. Once identified the potential palimpsests, active policies such as low taxes and rent incentives, can help the planned transformation.

Novegro guiding district Novegro will be the guiding district of all the Grande Park Forlanini area. The creation of two main axis support the palimpsest of all the urban tissue, with new collective spaces and new functions. Once the transformation there will be in act, it will trigger all the fabric around with same potentials, completing the Corelli linear city. Novegro district

We identify three main families of greenery already existing in the park, that could be re- arrange for new spatial and functional purposes. Beside greenery we can use light as another pattern material , depending of the day-time and functional purposes. We use this two different layers of materials for orienting the perception from the â&amp;#x20AC;&amp;#x2DC;linear cityâ&amp;#x20AC;&amp;#x2122; to the Grande Parco Forlanini itself. 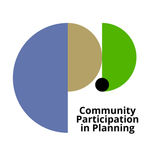