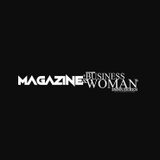 How are you living this great professional moment? To really understand the gravity of my situation, all I have to do is go back to the 13-year-old me, and look at what I’m doing now through his eyes. That’s when I realize how great it is, and how it’s such an honor to do what I do, with the artists I’m working with, like The Dickies, The Adolescents, D.I. and CJ Ramone. Long story short, it’s amazing!

How was your approach to the world of music? Just like most human beings, I discovered the magic of music at a very young age. I’m sure I was still in diapers. By the time I was 8 or 9, I had already started playing Cello and Guitar, and had finally made the discovery that Drums were my true passion, and I started watching Megadeth videos and mimicking the drummer by hitting pillows on the couch that I had set up in the form of drums. From that point, I played on anyone’s drum set that would let me because my family couldn’t afford to get me my own. I started working right after High School, bought my own drum set, played live for almost a decade before enrolling into Musicians Institute in Hollywood CA, where I earned my degree and started teaching and touring. My foot in the door with the industry was ultimately finding a punk band on line that needed a drummer for a European tour. I made no money, and actually spent money and had to sell my drum set just have the money for my plain ticket for the tour. From that point on, I got to know other members of the Punk scene.

What do you consider your greatest influences? I’m a big Mr. Bungle fan. And even though I’m considered just a Drummer, I’ve written music along the years of my career, and things that aren’t quite drum related, tend to influence me in my composing (drums as well). But even with drums specifically, it’s always the combined sound of the band that ultimately influences what feel and vibe I want to bring to the table when creating drum lines. Other influences would be Oingo Boingo, The Dillinger Escape Plan, The Bronx.

What is the greatest satisfaction that music has given you? I’ve been able to express unexplainable feelings and transform them into an orchestration of sounds that bring those feelings into something real out into our reality. It’s an extremely therapeutic experience. I’m eternally grateful for having that privilege. Just as equally, A great satisfaction is found in the hope of inspiring young artists in a positive way. Turning aggression into music on the drums can be a beautiful thing.

And something that will make me afraid (one of my fears) of this race (Industry)? As an independent artist, you have to keep your mind going towards different ways of staying relevant, and keeping the train moving. There is so much life going on aside from Music, like family, relationships, and all that life has to offer, which in my eyes are all a form of art that is beautiful and not to be taken for granted. So keeping all of that on track the best you can while also trying to do the same with one’s music career, can be a hard balance. So I guess my one fear would be that the industry is like a very long chess game, and I’m afraid I’ll make a wrong move along the way that will cost me the game.

What have been the biggest difficulties encountered along the way? Keeping money in my pocket to sustain any kind of ‘normal’ life had been the biggest challenge. I’ve had quite a few changes in jobs in the past because growing and developing my career as a musician always came first, but to play, you need drums, sticks, cymbals, a car for transport, etc. and how do you make sure you always have those things? You keep the incoming rolling in, in one way or another.

What have you given up to achieve success in your career? I’ve given up a lot of time to aid me in success. Although, it really doesn’t seem like it was something I gave up. It really felt like an investment of time towards myself. I fell in love with sitting on the drum set and working things out, studying things I could’nt do well, and learning songs that were difficult to execute. I think I’ve also given up a part of my brain. My brain tends to go in a million directions at once sometimes. So sometimes I forget about something I told myself I needed to do 20 seconds before, but I can recall a very, very large catalogue of albums and play them on the drums at command. Isn’t that weird?

What has been the song that has marked them the most? For the Dickies, It’s been ‘Banana Splits’ and ‘Killer Klowns’, for D.I. I’d assume it’s ‘Richard Hung Himself’. For The Adolescents I’d say ‘Kids of the Black Hole’, for CJ Ramone, probably ‘Making Monsters with my Friends’, ‘Scatter Gun’ and virtually any Ramones song you can name, because, fuck man… He’s one of the Ramones.

What projects are you currently working on? Currently, we (The Dickies) are finishing up the ‘final’ studio album. I’m also teamed up with my Sister and brother in law finishing a couple of EP’s from their band Bueno. Also I’m currently on a project from the Los Angeles area named Riviera. Very cool bands. Very hip, in the sense that they are doing their own thing, not worrying if they are pleasing their peers. Their main focus is being true to themselves. Just like the spirit of Punk rock, except these projects aren’t in that sound realm.

What would you advise the young people who start in this complex world of music? I would advise them to not look at it as complex. Look at the world of music as a network of artists that mostly all get along for the most part. Finding yourself doing great things and joining amazing bands (or starting one of your own) really has to do with the genuine friends you make. As that happens, you have to keep writing, recording and performing music, or else your friends on the music world wont be aware that you are a great person and artist that one day, might need as a fill in, or to join a group. You never know who is going to ask you, and you never know who’ll you become friends with unless you are willing to show people the kind person you are, and that you can also kick ass on you instrument.

ACKNOWLEDGMENTS TO: I want to shout out to my family, My wife and daughter, and friends throughout the years that always believed in me. You need that push from behind to go forward sometimes.

This story is from:
November 2019 | CP Magazine
by CP Magazine & Business Woman