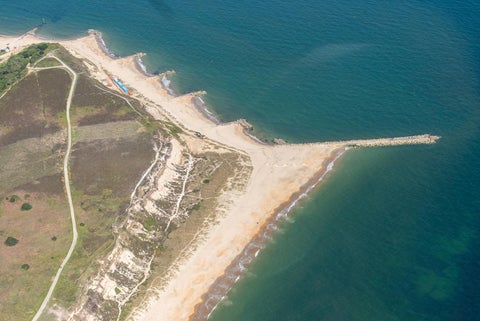 HENGISTBURY HEAD SURFING RESERVE A surfing conscious approach to the Hengistbury Head Long Groyne replacement / re-orientation within the BCP Beach Management Scheme 2015–2032. All rights reserved: Guy Penwarden, dated 29/05/2019. Hengistbury Head (HH) Long Groyne (LG) was constructed between 1937–1939 in order to counteract the west to east longshore drift and erosion of HH (see the Poole &amp; Christchurch Bay Shoreline Management Plan). Whilst the southern facing aspect HH has benefited from the LG (along with beach replenishment) the eastern aspect has suffered “a considerable loss of beach material” and “increased the threat of a breach of Christchurch Harbour” (​Ref: The Southern Coastal Group​). As a result, five new Rock Groynes were built in the 1990s to counteract the effects of the lack of sand reaching the eastern aspect beach (by way of longshore drift) where it is needed. What we would like to propose is a surf-conscious approach to the beach management at HH, by changing the geometry/size of the LG to better enhance surfing sandbanks along the east side of HH. The aim of this would be to create a surfing reserve there, to boost surfing based tourism throughout the year. One of the main problems with HHLG is the orientation (and length) as the LG faces slightly east of south. As the LG was built in 1937–1939, groyne construction and beach management wasn’t as sophisticated as it is today. Nowadays, the way to allow more sediment around is to change the cross-shore length of the groyne (i.e. the distance it encroaches into the sea – which is made shorter when you change the angle). I would suggest both the angle and length, but particularly the length of the groyne need to be looked at to allow some bypassing of sediment. HH LG doesn’t do this, it is more of a “sand trap”. I should point out that the predominant wind and swell angle in Poole Bay is from a south western direction, indeed the larger and most consistent swell patterns are at HH, whilst the smallest swells would be seen at Sandbanks end of the bay due to it being in the shadow of Portland Bill and Swanage / Old Harry Rocks.

Surfing in Poole Bay Surfing in Bournemouth is definitely on the increase, as it is globally, with surfer numbers locally gaining year-on-year with the surfers travelling from as far away as London (which has two London surf clubs) day tripping when a good swell is predicted using popular sites like Magic Seaweed. More and more young people choose to come to our local colleges and universities to study because of our beaches and surf. However, we now only have one good surf spot which is Bournemouth Pier, as due to the shortening of Boscombe Pier and the failure of the reef

project – along with beach replenishment and dredging – all of which have had a negative impact on surfing. We are now faced with a situation where we have more and more surfers and less places to surf. HH would be an ideal location for surfers for several reasons; if the shape and orientation of the LG were changed to allow more swell around HH into Christchurch Bay adjacent to the five new groynes / Mudeford Spit sandbar. This would not only build up the beach where it is needed but create an ideal ‘point break’ type wave for the surf community, surfable on all tides and sheltered from the predominant south westerly winds which make the waves choppy and bad for surfing. The HH headland is approximately 100ft high and would shelter the waves from wind impact from SW-NW. The proposed new groyne allowing waves ‘round the point’, would have the larger waves at the start of the point and wave energy would be directed away from the eastern beach and waves would be smaller with less energy at the end of the rock groynes, building up the sand. Also, further towards The Bay / run, the waves would be smaller and less powerful until finally meeting the training bank (Clarendon Rocks) as a final buffer. These waves on the ‘inside’ would be ideal for beginners with the close proximity to the Marine Training Centre, whilst the waves at ‘the start’ would be ideal for intermediate to expert surfers. It would also be the most consistent wave in Poole Bay e.g. surfable on more days per year, even on small summer wind swells, it would be ideal for Stand Up Paddleboarders and Longboarders as we don’t want to make bigger waves, but a better shape wave with a very long ride. I am aware that the council is looking at the proposed ‘Wave Park’ in a positive light, relative to attaining tourists etc. and I would suggest my proposal would also be good for ‘surfing tourism; and a free to use amenity, crucially, in the tourist off-season when we get our best swells (October – May). My proposal is to produce a research study to ascertain the viability and impact on the various user groups that could be affected by this project with a cost benefit analysis. To this end, I have liaised with Coastal Marine Applied Research (CMAR) of Plymouth University who are experts in this field and have produced an initial proposal (attached) outlining the details with a draft quotation too, along with consulting surfers. I have also had a meeting with Chris Fewtrell and David Harlow from the Beach Management Scheme on this project on 29/05/2019. Yours Sincerely

Profile: Guy Penwarden I have been a surfer for 48 years and have surfed all over the world in that time, surfing competitively in the UK and winning the South Coast Championship six times, and competing in the English and British Championships getting good results in both. Iâ&amp;#x20AC;&amp;#x2122;ve also represented my country in three world championships, competing in: South Africa 1978 GB Team France 1980 GB Team USA 1981 English Team I was also voted Sportsman of The Year in 1982. I have worked in surfing for many years, running a surf shop for nine years and moving on to become a consultant for Just Add Water chain of surf shops in the UK, I also conducted staff training for J.A.W and was a buyer for surfing products. I am semi-retired now and do a voluntary role as Surfing Liaison Officer for the Smedmore Estate (Kimmeridge Bay), producing and funding a Safe Surfing Guide which I have distributed over 1500 copies of. I work closely with the M.O.D on Kimmeridge access issues. I still go surfing whenever the waves are good and am passionate about promoting surfing in our area.

1891 MAP IN COLOUR, AGAIN SHOWING THE ABUNDANCE OF SAND ON THE EAST SIDE

1990 MAP SHOWING SAND DEPLETION ON THE EASTERN SIDE

CLEAR REFERENCE PHOTO OF HH FOR USE IN DIAGRAM

34-avoid-closeout A CLOSEOUT WAVE NO GOOD FOR SURFING

This is the research proposal from Guy Penwarden that has been delivered to BCP Council regarding the redevelopment of the Hengistbury Head Long Groyne in an attempt to take a surfing conscious approach to the Beach Management Scheme 2015 - 2032. With thanks to Coastal Marine Applied Research (CMAR) at Plymouth University. With thanks to Carl Draper at Waveslider Photography for the featured image. Guy Penwarden does not own the copyright or commercial usage rights to the images used in this proposal. 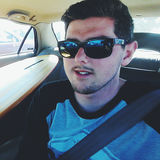