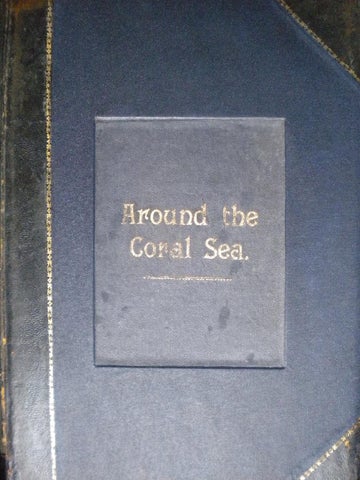 “Around the Coral Sea” is a journal about the repatriation vessel S.S Moresby’s 1906 journey to the Solomon Islands as written by a special correspondent of the Queenslander newspaper. The newspaper published a series of articles about the trip and they provide a fascinating in depth view of life in the Solomons, looking at both colonial and indigenous peoples. The author illustrated the book with 212 black and white photographs and while some of the images are known, the vast majority have never been published. The journal will be available as an online publication with the texts published in their original format and with all the photographs and their captions. It can be found on www. kevinconru. com and will be released in six monthly installments.

Mr. Caulfield waiting for them

Service on the S.S. Moresby

Woodlark Mine, Woodlark Island and Rulamadau

Boat in which Jack Mc Couville was murdered

Orlofe, home of the misses Austin

Bow of a headhunting canoe

Mr. Weirnheim in the only vehicle in Solomons

The schooner Jessie off Double Island

Natives fishing on a reef, Choiseul

Girls getting water from a well, Savo

Schooner May with 176 Kanakas on board. Since wrecked in New Zealand

Schooner Lochiel, since broken up

Quarters for returned women at Gavutu

The Lindsay leaving with returns for Fela

Landing a boy at Siota

Waiting for returns in Sanofly pass

Chief leeper and his staff

Preparing to embark for Malaita

Steamer at the wharf, Gavutu

Landing a married couple and children at Ouarrie, Coleridge Bay

Canoe off to Malaita coast Urassie

Maramasiki Pass as seen from seaward

Another view of Onepussi with schooner Dawn as foreground

A semi-civilized child at Rubiana

Rev. J.F. & Mrs Goldie & some of their family folowers

Group of girls at Rubiana

The Cloister and the world Yam 8 feet long. Grown on Tanna 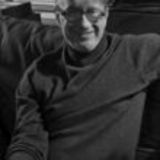 Around the coral sea

“Around the Coral Sea” is a journal about the repatriation vessel S.S Moresby’s 1906 journey to the Solomon Islands as written by a special...

Around the coral sea

“Around the Coral Sea” is a journal about the repatriation vessel S.S Moresby’s 1906 journey to the Solomon Islands as written by a special...