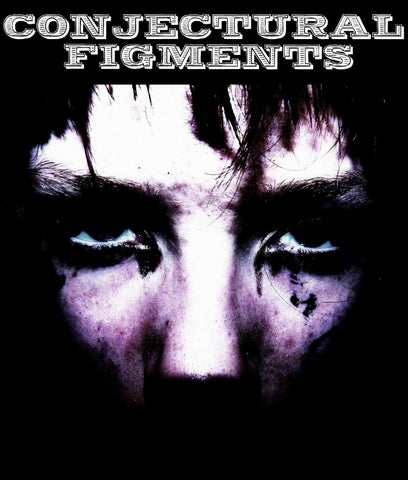 Province Near dawn, a dog barked five, no, six times somewhere in the fields, establishing relative distances. An arc of the Milky Way was lost in the sole streetlamp; one had grown used to all the other stars. Then a car passed; then, exceptionally, another, and the silence returned, almost complete enough to further suggestions from the other senses. Midmorning, the square before the church, the short blunt streets around it were bare. In fall, the color of the past is beige, not as in summer, white; the wind was on duty now, not that other guard, the sun. A sweeper, and someone polishing glasses in shadow could be ignored; they ignored one who, in order to love something, loved the stone. Agriculture, still, barely, protected, not tourism or the doubtful Le Nain in the church supported this stillness. The young had left, or wanted to leave, or couldnâ&amp;#x20AC;&amp;#x2122;t leave, so left abstractly; like the old who sat despite the chill and watched the brightly-clothed, lone, earphoned jogger â&amp;#x20AC;&amp;#x201C; an avant-garde, perhaps, though his expression seemed less of one who sought than one who fled.

Within the System I remind myself not to be awed. I can do something he can’t – write – and was invited, and am not the archetype that still, beneath the prevailing academic blandness, lurks and inspires: the drunken, mumbling, wife-stealing poet. I’m an equal except in assets. His assets include the soaring ceiling, the hanging halogen lamps that frame the arriving guests like a production number in a Sondheim, eight hundred feet of books, and the bilious gold and nervous umber of a Braque of my favorite period: recuperating from the head-wound … Plus the spectacular wife, of whom the less said the easier ... They show us round, not boasting (except in their wine-cellar), not self-deprecating, merely sharing. Then the staff brings in food. From the ceviche through the Caesar he speaks of the possibilities of wind-farms (his wind-farms), a kind of supersonic traffic-cop to reroute migrations, his interest in desalination. Seeks always to treat the opposition lawyers and CEOs, he says, as people. One of the exotic adopted children, defying bedtime, enters, is hugged and tearlessly nannied off. From the rosemary lamb and eggplant parmigian until dessert the guests hold forth: about some clinic, a program for convicts; another, equally worthy kind of program. I hold back but he draws me out. I speak in a bland, academic way (it sounds like someone else) about my work. Downplay my anarchomarxism. Make my colleagues sound like public defenders, case-workers. The surgeon knows

two names; the producer misquotes Stevens. Our host seems disappointed, says something about subjectivity (or “possession”) I can’t quarrel with. Over coffee the wife presides, hair glowing in that light as if anointed; and what she does is so good, worthwhile, self-sacrificing (not to mention the kids) that I can’t remember what it is. The topic of pasts comes up. “My mother was an addict,” that husky, perfect or perfected voice announces. “Of disaster, more than anything. We moved from shelter to shelter to SRO ... I had a terrible early life.” No silence supervenes – her tone is neither doleful nor aggrieved – till I ask, “Do you ever miss those days?” and she says, “Yes. In a way. Yes,” and suddenly equality is achieved.

Hard Data I’ve written of this before but don’t remember in which poem, and should probably strike out (“old men should be explorers,” etc.) for challenging perspectives, untried myths that will in retrospect collapse into my usual worldview. (I hope the process is more fun for you than me.) Yet Connie R., returning after many years to the Texas town that had raped her, found that the streets, though changed, were no less ugly, and the varsity was still essentially issued droit de seigneur. She hadn’t “put it behind her” (what direction is “behind”?), and returned to therapy. On lesser grounds, I know that love has secret ties to age, but that hate keeps one young. It’s like the Ka’aba – the meteorite Muslims circle at Mecca. But its hangings are gray, not black; it conflates pilgrimage and shrine; you circumambulate not seven times but many; and it offers the inestimable boon of living always in the holy city.

Amends When the bridge collapsed, the engineer tracked down and phoned a guy he had roomed with in college. The call at first resembled the Ninth Step in AA, where one makes amends, but was more comprehensive and convulsive. I made fun of you, the engineer said. Your impracticality, your idealism. But I’ve lived to see cracks in the dams, the beaches gone, clogged rusting rails, E coli and mercury in the faucets, billions of gallons of untreated sewage, brownsites under houses, sinkholes in roads, and people freezing or baked in blackouts. I told them the cables were fraying, that the bed wouldn’t hold SUVs. They didn’t want to hear. There was no money. The Feds laughed. It was my job. I’m fifty. I buried the memo. I realized there is no rationality or rather that everyone’s rational, each in his own short-term way. Then after it happened I thought of you and I called to say I’m sorry. The ex-roommate tried to be upbeat. He employed the male convention common when someone calls after thirty years of talking as if you’d spoken yesterday. He knew he could say nothing useful. Was touched that someone like the engineer would regard a humanities type, still, as a keeper of values. He imagined a new artistic movement, a return to the Constructivism of the ‘20s. Scientistic, elitist, slightly scolding, it would have the quixotism that guarantees the life and death of a style. With poems about Wiring or Solar Panels; a detailed, impersonal novel called The Distribution of Stress. 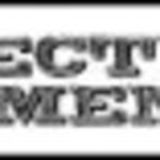