Venice Boarding School By HEIDI LEMMON he Skatepark Association of the USA (SPAUSA) was established 1996. It is an organization that assists in the education and development of skateparks worldwide. We grow organically – which means we grow to meet communities’ and our members’ needs. In the beginning that meant organizing builders, developing construction guidelines and safety equipment guidelines and battling the helmet and pad laws. SPAUSA started a cable TV show back in 1997 to educate people about the need for skateparks and activities. In 1999, with the support of DC Shoes, we opened an after-school skatepark in Los Angeles at Berendo Middle School. This has grown to 40-plus skateparks on school grounds in L.A. and has proven to be a model for other communities. In 2000 our local skateboarders formed a demo team under SPAUSA that to this day rips and is well known in Los Angeles and surrounding areas. We built a ramp in Venice for our staff and then moved it to Venice United Methodist Church’s Center for Peace with Justice. It was there I met Pastor Thomas Ziegert, a.k.a. Pastor Tom. We worked together to call for a ban on for-profit prisons that are traded on the NYSE, tried in vain to stop the renewal of the IASC helmet and pad laws and provided a safe haven for several crews of graffiti artists – and a much bigger and better ramp for skaters and BMX riders. Several years ago, it was brought to our attention that some skateboarders were regularly ditching school to skate the SPAUSA ramp. Some were facing expulsion, and both Pastor Tom and I were getting flak from the schools, police and parents. We thought it was time to set up a school that skaters might actually attend. Pastor Tom did a lot of research and found an alternative school system under the Los Angeles Unified School District (LAUSD) that was willing to try this out as an experimental campus. Both Pastor Tom and I had some very strong views about education and teaching, and we also

had concerns about the brilliant, yet underachieving, group we were trying to accommodate. They were all passionate skaters, very active (some would label them as having ADD or ADHD), with poor to almost nonexistent attendance records. For a few, we could not even find a record of attendance for years, and some had drug problems when they were younger and had been placed in special ed. programs. Christian Higuera, backside smith. Photo: CT Punk Matt Keen, fa

Our shared vision was to create an environment that these youths would want to be in, and also one that would spark their intellect and make them want to learn again. (Among our ideas: No homework! Six hours of school a day is long enough.) The alternative school administrator, Eric Spears, shared most of our views and was willing to give it a go.

LAUSD has a VERY tight budget, and the first semester we could not get enough textbooks or Internet access. But we had a dedicated teacher who had the students doing the basics: reading, writing and arithmetic. It took a while to figure out where they fit into the grade system, since most had not been attending school on a regular basis. Pastor Tom was on site, cooking breakfast for the students every day the first semester, dealing with all sorts of issues and staying on top of the administrative needs, which were very complicated. Some of our students came from far away and ended up staying with me. The pastor also took in one student and then provided a place for others to stay as needed. We started to refer to our school as Venice Boarding School. Extracurricular activities and special learning were my focus, and I arranged field trips to skate companies, record companies and various businesses and brought speakers into the classroom. I relied heavily on my friends and business associates. Ed and Suzanne Wasser volunteered to 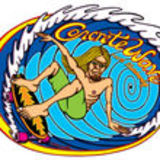