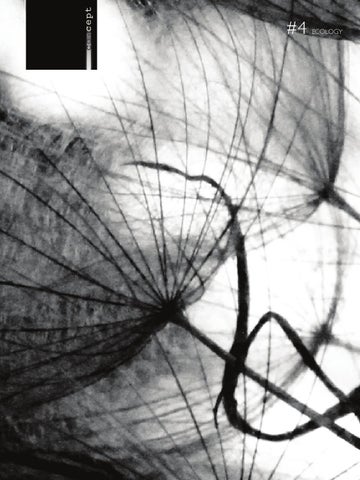 Concept is an international online ART PROJECT for abstract art, painting and photography based on Facebook, founded by Elena Korn. The purpose of this group is an attempt to merge geometry, form and construction, with the nature of unconsciousness (your associations, sensations, spontaneity) into a unified whole—a concept expressed on a photography. The artists members of this group are prompted to work under three key principles: • Conceptualisation • Geometry • Experimentation The works shown in this issue are personal interpratations of the concept ”ECOLOGY” which includes: • Life processes, interactions and adaptations • The movement of materials and energy through living communities • The successional development of ecosystems, and • The abundance and distribution of organisms and biodiversity in the context of the environment. The authors have tried to show with pictures the par t of the science of Ecology is the most urgent for them. Represented artists: • Zlatka Bascandzieva • Dale Blackledge • Liz Davidson • Alexander Fredés • Zoya Gregory • Caroline Huwar t • Fedor Ilchenko • Claudia Knote • Elena Korn • Photowork Leines • Jesús Marina Barba • Anastasia Potekhina • Marcos Rober t • Mohammad Salman Toorawa • Helen Speelman

Concept—Magazine The Concept Magazine was created by Alexander Fredés for showing the selected pictures of the quarterly theme of the Group ”Concept” based on Facebook. The selection, is based on the authors’ ability to represent ideas and thoughts through photographies. Neither technique nor names are considered important for choosing a work. Curator : Elena Korn Editing, Form and Ar t Direction: Alexander Fredés Front cover photo: © Zlatka Bascandzieva Nr 4 April—2014 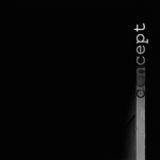 All pictures are © the authors represented in the Magazine. The idea, layout and design are properties of Alexander Fredés.

All pictures are © the authors represented in the Magazine. The idea, layout and design are properties of Alexander Fredés.