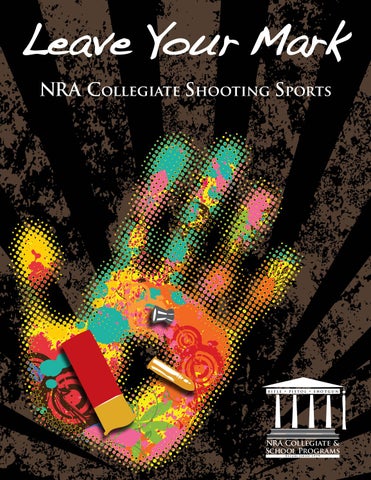 Why Get Involved With Collegiate Shooting? Exposure to the shooting sports fosters a respect for guns and a high regard for safety. More and more schools are drawn to the shooting sports because shooting programs are considerably less expensive than other types of programs. Shooting is exceptionally safe and helps develop sportsmanship, leadership, responsibility, and concentration. Competitive shooting also teaches self-discipline and teamwork.

Types of Collegiate Shooting Nearly 300 colleges and universities in the United States offer some type of shooting program. Generally, collegiate shooting programs appear as educational courses, intramural/recreational programs, and intercollegiate competition. Educational Course: The point of any firearms safety course is to prepare the student to handle guns safely, correctly and confidently. The most common shooting educational course is a physical education class or ROTC class on marksmanship offering one or two academic credits. Intramural/Recreational Program: One of the easiest ways to shoot as a college student is to join a marksmanship intramural program. Shooting is a coed sport and virtually all students on campus can take part. Intramurals are fun and can offer dorms and independent groups the chance to compete with each other and learn about the responsibility of using and/or owning a gun. Intercollegiate Competition: At the center of most collegiate shooting programs is competition. Intercollegiate clubs or teams engage in postal or shoulder-to-shoulder matches with their opponents. Being part of a college shooting team introduces the student to the world of intercollegiate competition. Winning a championship is a goal of every athlete, and college competition is no different. Collegiate shooting championships are considered some of the most competitive of all college sports. NRA Intercollegiate Sectionals provide rifle and pistol shooters the opportunity to compare their marksmanship skills against their peers nationwide. The Reserve Officers’ Training Corps Program: This program offers another means by which college students can participate in collegiate shooting programs. Many ROTC programs offer scholarships through an officer’s commissioning program in one of the military service branches. Depending on a school’s ROTC program, students may only complete marksmanship training but other ROTC programs compete in rifle or pistol matches against other schools for official recognition. Even if the school doesn’t have a shooting program, a student may still compete at the national level. The NRA Collegiate Program can provide more information on how to start a collegiate shooting program.

To be eligible for participation in the NRA Intercollegiate Rifle Club Championships a shooter must be a regularly enrolled undergraduate student who complies with the eligibility rules of his/her institution. An undergraduate is a student who has not received his/her bachelor’s degree. Qualifying teams and individuals will be selected based on scores fired in the current years’ NRA Intercollegiate Rifle Sectionals. See the NRA International Rifle Rule 2.8.

All American Honors To be named an All-American is the pinnacle of athletic achievement. Consistent and exemplary performance is a hallmark, perhaps the most evident characteristic, of the honor. All-Americans also embody intangible attributes such as integrity, respect, and responsibility. Therefore, these highly motivated men and women distinguish themselves on another level. The NRA All-American Program stands out because of its commitment to recognize and honor collegians who have performed remarkable shooting feats through a shooting season. The All-American award, created by the NRA in 1936 to honor top collegiate rifle shooters, has become an attainable, although elusive, goal for all three disciplines of college shooting sports. The selection criteria for Rifle &amp; Pistol All-American includes: full time undergraduate status with or without team affiliation, average score for the season, minimum number of shots fired, number of matches fired, specific matches required, recommendations from coaches and other school officials. NRA All-American Shotgun honors will be awarded to the top ten High Overall National Champions at the Association of College Unions International (ACUI) Intercollegiate Clay Target Championships. To be an NRA All-American is to always accept the challenge of performing at optimal levels while demonstrating exceptional leadership and character.

opportunity for coaches and shooters to meet others in the sport they may not normally see during the regular season. Invitations are currently being extended to the top 10 teams in each discipline, as well as the top 30 individuals in each discipline. Only one team per institution per event may qualify. ROTC shooters and teams will qualify in the ROTC category based on the number of entries in the NRA Intercollegiate Rifle Sectional. It is the hope of the NRA Collegiate Program that the NRA Intercollegiate Rifle Club Championship will grow and strengthen the competitive rifle teams on campuses across the nation. We urge all rifle clubs across the nation to shoot in the Intercollegiate Sectionals in hopes of qualifying.

The National Skeet Shooting Association is a non-profit organization that is run and operated by its members. The NSSA sponsors all AAU skeet events, sponsors junior events, coordinates junior scholarships, and hosts the World Skeet Championship.

The National Shooting Sports Foundation is the trade association for the firearms industry. Its mission is to promote, protect and preserve hunting and the shooting sports.

Resources The NRA has many resources available to potential collegiate shooters. First and foremost, the top first priority a student should have in choosing a college is academics. Factors such as tuition, location, and admission standards may also be significant priorities. The best resource for finding collegiate shooting opportunities is the NRA Collegiate Shooting Sports Directory Online. With hundreds of entries, NRA Collegiate Shooting Sports Directory Online lists information concerning each shooting discipline offered by a particular college. Each section indicates more than just what disciplines are offered; it also includes information such as the school’s team status, ROTC programs, scholarships, shooting equipment, web addresses and more! It indicates what type of range facilities the school may have, school contact information, and various other details. This directory can be viewed online at http://www.

competitions.nra.org/collegiate-shooting-programs.aspx or email collegiate@nrahq.org if you have further questions. The NRA Collegiate &amp; Schools Program has published a new book called Developing A Scholastic Shooting Program. This new book is an updated version of what used to be called How To Organize A College Shooting Program. This book offers 10 chapters of useful information that will be helpful to colleges and universities developing shooting programs. The chapters in this new book cover everything from choosing the right type of shooting program to creating a budget and writing the proposal. It also includes a brief history of collegiate shooting in the United States, NRA activities, and much more. This new book can be purchased for $5.00 by calling the NRA Program Materials Center at (800) 336-7402. 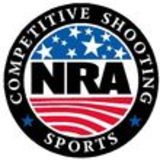