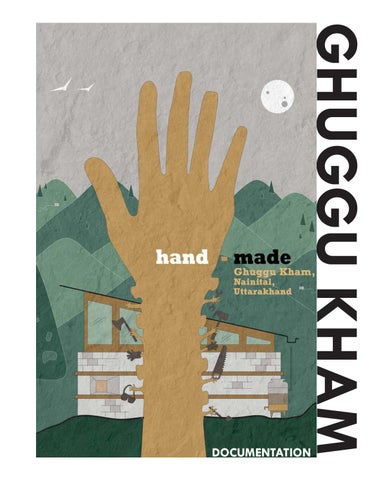 Compartment S4 is an architectural firm of eight graduates from CEPT university, initiated in May 2017. We intend to provide well-designed built environments to not just the urban fabric but also the much neglected rural communities. Hand-made is a workshop series under the architectural firm Compartment S4 focused on the grassroots level design involvements.

A two day exercise was conducted during the workshop, for the participants to understand the village context, people, their changing practices and house arrangements. The drawings here represent their understandings of the village. The process of documentation urges one to observe and interact with their surroundings. Participants captured activities of village households through the day, closely observing the use of space within and outside the house. The social structure of each house was understood through its inhabitants, thus correlating the distribution of built structures to it. Lifestyle and occupation was also closely understood to get an overview on how the people of Ghuggukham live and work in todayâ&amp;#x20AC;&amp;#x2122;s age. Such observations have been documented in the form of diagrams and drawings. Intervening in sensitive contexts not only requires an understanding of its social and cultural scenarios but also of its existing building techniques and materials. Especially since villages like Ghuggukham are build based on their indigenous know-how, local techniques and their shortcomings can best inform the new structures. Materials and ways of using them were observed and documented in the form of a typical wall section of each house. A few details like the water harvesting tanks, collection of honey etc were also recorded as an account of the practices in this region over the years. Such prior understandings of the village, its people and practices sensitises participants towards a context as rich as Ghuggukham. Also giving them an opportunity to form an opinion on the relevance of the structure, they would be engaged in building through the workshop. The houses documented were selected as per the house sizes, house organisation and occupations such that there is a diversity in all these aspects.

Pradhan’s house This house and it’s growth is congruent to the growing economy. Pradhan’s house has an in-house wheat mill, the production of which is sold in the markets of Nainital. The house accommodates few guest rooms and a separate kitchen for government guests and mamlatdar. The Pradhan also owns a piece of land in the neighbouring hill, rented out to an outsider which is now functioning as a resort. Apart from this, he also earns through trade of spices like turmeric etc. His house is the only one in the village equipped with a wifi dish. Such a lifestyle is indicative of the higher economic status of the Pradhan over others in the village.

Prakashâ&amp;#x20AC;&amp;#x2122;s house Prakash works as a servant staff at a guest house in Ghuggukham. The family owns and manages cattle, enough for their own requirements. The family has 4 brothers, all of whom do different jobs and live in different houses, they come together during festivals. Prakashâ&amp;#x20AC;&amp;#x2122;s house has a space for cattle in the lower level and above that is a multi purpose space for cooking and living. An extension to the existing house consists of a bedroom, puja room and a living space. The new extension is made of bricks and a concrete slab. A space for storage and new toilets have also been added.

Ramesh Mistryâ&amp;#x20AC;&amp;#x2122;s house The owner being a local mason of the village has used his skill in designing and building his own house. It attends to all the needs of the members in the house in a more simplified yet efficient way. Mistriji being the eldest has the responsibility of running his entire family, his house is a joint residence with his brothers. The walls and spaces are built in a way to fit in all requirements of the family including their storages etc. The unique placement of the shelf below the sill level in the kitchen ensures easy access of groceries, reducing strain on the women of the household. All details from the smaller functions to structural elements reflect the use of skill and finesse defining the democracy of architecture prevalent in villages. Mistry being a local stone mason has hardly been doing stone masonry in the recent years due to very less demand and he has shifted to cement construction. He also finds cement work much easier as it generates an equal daily wage and it is much less tedious then doing stone masonry.

Chowk house The functioning of the house revolves around the family structure entirely. The vast farm lands are divided family wise, so are the animals. The three houses are hierarchical. The newest part being the eldest brotherâ&amp;#x20AC;&amp;#x2122;s, on the upper floor, under which the animals are kept and the two houses to the sides belonging to the other two brothers. These also followed a hierarchy and had a direct connection to their occupations. The youngest brother used to work in Nainital and would only come on the weekends and hence was given a smaller house. The younger brother was in-charge of managing the working of the three houses. The families have a clear divide in terms of functioning as a unit as well as individually as every member has a designated job/work assigned to them, right from the younger kids to the oldest person in the family.

Mandir house The house is a combination of three lineages. Three brothers decided to live in a â&amp;#x20AC;&amp;#x153;separated unityâ&amp;#x20AC;? by living in three adjacent parts of the house combined using a common front yard. The mandir in the Center marked the main precinct of the house and it is the main highlight as it gives a spiritual vibe, with the father being at the center of the entire scheme. The entire front area of the house gets crowded with people every tuesday mornings as the mandir is believed to possess black magic. The farmlands around the house is on a large slope and is divided according to the three menâ&amp;#x20AC;&amp;#x2122;s equal area allotments. There is an entire radial scheme with the way the movement is carried out as well as the arrangement of farmlands around it.

After spending some time in the village amongst the locals, interacting with locals, touristsÂ and documenting the houses around we observed a lot about their lifestyle and the changes that have been happening over a period of time. These changes have affected their lifestyle as well as the architecture of the place. This village is now majorly governed by the foreign investments made by people mainly living in Delhi, ghaziabad and places around. The investments are in terms of leasing the land to make guest houses, hotels, resorts etc. An outsider cannot buy land in Uttarakhand hence they lease it from local and use the land for hospitality purposes. Other influences on the village are due to increase in tourism in Nainital, luring crowd to see the bird sanctuary and the night safari to spot leopards and bears. This place has many tented campsites to promote tourism here.Â Â Due to all the foreign influences, the locals have experienced change in lifestyle and architecture. Most of them have left their original jobs and have got into labour work of all these new constructions happening around, leasing out their land, serving as staff for these hotels and guest houses. It is a contrast which feels like the locals are losing their authenticity due to change in their lifestyle, traditional occupations and architecture but at the same time the foreign influences have helped the locals in employment and hence growth in economy. The architecture has moved from stone and wood construction to RCC structures and tin roofs. RCC construction is quick and easy but it is completely unsuitable for the harsh winters of this area but still people tend to adapt to the easier and cheaper means. 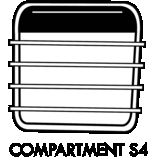