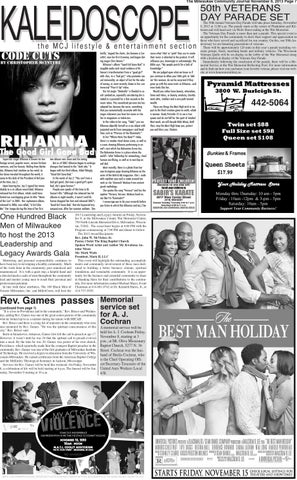 Superstar singer Rihanna is known for her foreign accent, popular music, various fashion ventures, and her beauty. Hailing from Barbados, Rihanna had stardom on her mind. As her demo traveled throughout the world, it came to the desk of the President of Def jam at the time, Jay Z. Upon hearing her, Jay Z signed her immediately to a six album record deal. Rihanna released her first album, which could have hinted sun worshipping given its title: "Music of the Sun" in 2005. Her sophomore album, released in 2006, was called, "A Girl Like Me.” Her image during the time of her first

two albums was clean and fun loving. But as of 2007, Rihanna began to undergo changes that leaned to the “dark side.” It began with her third album, titled fittingly, "Good Girl Gone Bad.” In the words of Jay Z: "You can't turn a bad girl good...But once a good girl's gone bad, she's gone forever." People.com speaks of this time in Rihanna's life: "Although she released two hit albums in eight months, it wasn't until Rihanna chopped her hair and released 2007's ‘Good Girl Gone Bad,’ that she bypassed any comparisons. After her summer anthem, ‘Um-

Mentoring and personal responsibility continues to have been key to developing a healthy community. Much of the work done in the community goes unnoticed and unannounced. It is with a quiet step, a helpful hand and a directed push a cadre of men throughout the community lead and mentor young men to reach their personal and professional potential. In line with these attributes, The 100 Black Men of Greater Milwaukee, Inc. and MillerCoors, will host the

brella,’ topped the charts, she became a CoverGirl, won her first Grammy, and began dating singer Chris Brown." Rihanna’s album “Good Girl Gone Bad” is tangible audio and visual evidence of Rihanna’s transformation from a “good girl” with class, to a “bad girl,” who promotes sexual immorality, an object of lust for the sake of money, as most recently shown in her controversial "Pour It Up" video. Her hit single “Umbrella” is flooded in occult symbolism, especially considering she is naked in a pyramid for a few seconds in the music video. This sexualized persona she has adopted has become the norm, something that you automatically associate with the singer whenever you hear her name or she her in magazines or television. In the video to her song, "S&M," you see Rihanna objectify herself as a sex object with projected words from newspapers and headlines such as "Princess of the Illuminatti." In her "Where Have You Been?" video, there’s a voodoo ritual dance scene, as well as a scene showing Rihanna performing in an owl's nest which has Bohemian Grove ties. The Bohemian Grove is a place where the world's 'elite' fellowship for networking, ritual human sacrificing, as well as to worship an owl idol. Most recently, there is a photo from her own Instagram page showing Rihanna on the cover of the British GQ magazine. She’s nude with reptilian eyes and a snake around her neck as she 'channels' Medusa from ancient greek mythology. She quotes the song "Versace" and has the caption "Versace, Versace. Medusa head on me like I'm 'lluminatti!" I encourage you to do your research before you listen to artists like Rihanna and Jay Z be-

2013 Leadership and Legacy Awards on Friday, November 8, at the Milwaukee County War Memorial Center, 750 North Lincoln Memorial Drive, Milwaukee, Wisconsin, 53202. The social hour begins at 6:00 PM with the Program commencing at 7:00 PM and dinner to follow. The 2013 Award Recipients: Rev. John W. McVicker, Sr. Pastor, Christ The King Baptist Church Spoken Word Artist and Author Mr. Kwabena Antoine Nixon Mr. Mark Wade President, Mark II, LLC This event will highlight the outstanding accomplishments and community involvement of these men dedicated to building a better business climate, spiritual foundation, and sustainable community. It is an opportunity for the business and extended community to share in thanking them for their contributions to the community. For more information contact Michael Mayo, Event Chairman at 414-881-9742 or Dr. Kenneth Harris, Jr., at 414-737-3939.

(continued from page 1) “It is a loss to Providence and to the community,” Rev. Brisco said Wednesday, adding Rev. Games was one of the great senior pastors of the community who he looked up to as a mentor during his tenure with MICAH. Rev. Brisco said there is a long list of ministers in the community who were also mentored by Rev. Games. “He was the spiritual consciousness of this city,” Rev. Brisco said. Born in Smackover, Arkansas, Games first felt the call to preach at age 17. However, it wasn’t until he was 24 that the spritual call to preach evolved into a need. By the time he was 29, Games was pastor of his own church, Providence, which reportedly made him the youngest Baptist preacher in the community. Rev. Games was one of the first graduates of Milwaukee Institute of Technology. He received a degree in education from the University of Wisconsin-Milwaukee. He earned certificates from the American Baptist College and the McKinley Theological Seminary in Jackson, Mississippi. Services for Rev. Games will be held this weekend. On Friday, November 8, a celebration of life will be held starting at 6 p.m. The funeral will be Saturday, November 9 starting at 10 a.m.

A memorial service will be held for A. J. Cochran Friday, November 8, starting at 3 p.m., at Mt. Olive Missionary Baptist Church, 5277 N. 36 Street. Cochran was the husband of Sheila Cochran, who is the Chief Operating Officer/Secretary-Treasurer of the United Auto Workers Local 438.

cause what 'vibe' or 'spirit' they use to create their music is attached to the product. It will influence you, knowingly or unknowingly. The Bible says, "My people perish for a lack of knowledge." We are judged upon what we know so if you continue to allow your little girls to 'idolize' this woman, do not be surprised if they grow up with the same traits as Rihanna...and even looks like her. Would you rather have beauty, whoredom, fame and riches, or beauty, modesty, chastity work ethic, intellect and a sure path toward wealth. These are things the Most High wish to impart to the final creation given to earth, which is woman. Study Proverbs 31 to see a true queen and do not fall for the spirit of Jezebel. Next week, we will decode Nicki Minaj. Until then, may the Most High keep you, protect you and bless you. Shalom.

The 50th Annual Veterans Day Parade will take place Saturday, November 9, 2013 at 11:00 a.m. The parade starts at the corner of Plankinton and Kilbourn and will head east via Wells Street ending at the War Memorial. The Veterans Day Parade is more than just a parade. This special event is an opportunity for the community to show their support and appreciation to those who have served and sacrificed for our country. On this, our 50th Anniversary we are honoring generations of veterans. There will be approximately 120 units in this year’s parade including veterans groups, floats, marching bands and military vehicles. The Wisconsin Veterans Quilts will be on display in the lobby of the War Memorial along with a historical display of the Veterans Day Parade. Immediately following the conclusion of the parade, there will be a Memorial Service at the War Memorial Reflecting Pool. For more information and to find out how you can honor your favorite veteran, please visit our website at www.honorourmilitary.us