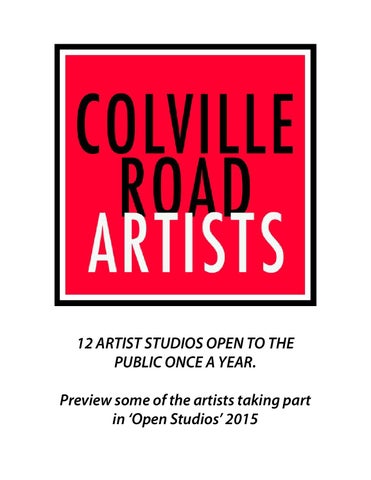 12 ARTIST STUDIOS OPEN TO THE PUBLIC ONCE A YEAR. Preview some of the artists taking part in ‘Open Studios’ 2015

Emiko Aida is a printmaker and painter living in London. She is a member of Royal Society of Painter-Printmakers. Her work is exhibited in over 10 galleries through out the U.K., the U.S.A. and Japan and in many private, public and corporate collections including the New York Public Library, USA and Guangdong Museum of Art, China. The prizes she has been awarded include: the 1982 and ‘83 Japan University of Printmaking Purchase Prize, Tokyo, the1989 L&#96;Escargot Restaurant Award in Royal College of Art, London, the 1997 The Nordstern Award in Royal Academy of Arts, London, the 1998 &amp; ‘99 Coley &amp; Tiley Prize RBSA, Birmingham, Purchase prize from the 16th SPACE International Print Biennial in Seoul, Korea, the 2014 Vivien Leigh Bequest Prize, Ashmolean Museum, Oxford, and Word Thomas Award, 2nd prize at the 2014 National Open Competition. Her works are featured in a book, “Printmakers Today” published by Schiffer Publishing (USA). http://www.aidastudios.com/

Orlanda Broom studied in Barcelona and completed an MA awarded by Winchester School of Art in 1997. Orlanda lived abroad for a number of years before returning to London where she is now based. Her work has been selected for Threadneedle Prize, National Open Art Competition, Griffin Gallery Open and the RA Summer Exhibition and is shown regularly in the UK and internationally. Recent exhibitions include shows at James Freeman Gallery, The Contemporary London and Lacey Contemporary. Her work has been privately commissioned for the Mandarin Oriental and Corinthia Hotel in London. She also worked on an album cover for ‘Revere Reach’ by musician William D Drake. “My paintings are lush and colourful landscapes that represent a fantastical, reimagined place. I have portrayed a hyper intense and in some sense a rose-tinted view of the natural world, a place and time untouched by man. Fecund and abundant to the point of over saturation, my work is akin to ripe fruit on the point of its imminent decay. The surface joyousness is tempered by an uneasy sense of abandonment generated through the succubus-like nature of plants living in competition and a paradise that would ultimately ensnare.” http://orlandabroomartist.com/

As a young child from Southern India, I was always interested in drawing and painting and spent most of my free time drawing. I learnt to paint through observation and experiment. Initially self taught, it was only later that I was enthused into getting some formal training from K.C. Murukesan who is a senior artist from Kallandiri, well known for his abstract landscapes. His encouragement and techniques have influenced me greatly. I moved to London in 1998 and continue to visit India to draw inspiration. For the last few years I have been concentrating on oil painting, and have been drawn to views of cities, their people, the architecture and the absorbing stories behind them. These are not painted in situ, rather they are painted from my distinctive memory of these places, often driven by my emotions. I try to capture the mood of these cities and narrate them on to the canvas with impressionistic strokes of thick oil paint with the use of a palette knife. They reveal the rhythm and movement of the people in these places, shifting between abstract and figurative. Large gatherings of people are depicted by sturdy streaks of colour, quite rich in texture. They unfold the flow of swarming crowds, the patterns they make as they move towards a focal point, generating harmony and a sense of unity. More recently, I have been working on a series of black and whites. For someone who is naturally drawn to colour, this has been an interesting experience. As a result, I have discovered much colour between black and white and love the intensity and contrast it creates. I have used this to depict London as I see it - full and bursting with energy. These paintings are being shown in the current exhibitions.

The flamboyance, artifice and glamour of drag queens are the current focus of oil paintings by Sally Shrubsall. She says, ‘These paintings are intended to be the foundation of a collaborative project working alongside a drag queen, recording and painting images from one performance. At present I am influenced by the paintings of Marlene Dumas, Egon Schele, and Tracy Emin.’ She has always been interested in painting performers, having a theatrical background and practicing in the past as a Drama therapist. She has, more recently, graduated from Central St Martin’s College of Art and Design with a degree in Fine Art and has since practiced as a painter and exhibited widely. At St Martin’s she explored a spontaneous, process based approach to painting which she carries through now to her more figurative paintings, following an extended period of studying the figure in life drawing classes. These paintings are often made quickly within a pre-determined sequence of painting ‘events’. She says, ‘ I think of my painting as a record of a kind of performance, following a ‘script’ during an intense and action packed realization.’ She feels that paint is a good medium to express the artifice and theatricality of the drag persona. It is applied to the canvas as makeup and clothes are applied to the drag artist’s face and body to make an illusionary creation.

Julie Brixey-Williams is a London-based artist and member of the Royal Society of Sculptors whose work is exhibited internationally. Her work explores the two-way dialogue that the body shares with space, bringing together various approaches such as collage, installation, photography, drawing and performance that aim to expose the traces and choreographic hieroglyphs created in movement. She has a particular interest in scores, collaborative relationships and documentation, is a founder member of the group point and place and is currently working on a dance film with performer, Libby Worth and film maker, Bucy McDonald . Awards include a Leverhulme Trust residency award (2003) for 10 months at the Association of Anaesthetists of Great Britain and Ireland, Stanley Picker Trust funding towards point and place (2007) and Step Feather Stitch (2011), the Birgit Skiold Memorial Trust prize at the London Artists’ Book Fair for point and place (2004) and Highly Commended in Sculpture Shock (2012). Her work is held in several collections including the Tate Gallery Artist’s Book archive, the Laban Centre library, Queen Charlotte’s Hospital, London and the Yale Center of British Art. Alongside her studio practice, Julie works as a visiting lecturer, creativity coach, project assistant &amp; workshop leader, and is particularly committed to expanding young minds through creative experimentation with the arts. http://www.juliebrixey-williams.co.uk

Key Information The studios are part of ACAVA (Association for Cultural Advancement through Visual Art), which lets spaces to artists. Part of ACAVAâ&amp;#x20AC;&amp;#x2122;s charitable status is that all artists open their studios to the public every year. http://www.acava.org/

The studios are close to Chiswick Auction House and on the corner of Colville Road and Stirling Road; access is via the outdoor staircase to the left of the building. There is free parking in the area. Nearest transport links are Acton Town &amp; Chiswick Park (Piccadilly/District Line) and South Acton on the Overland.

Colville Road Studios have an annual Open Studio Weekend. Preview a selection of work and information about some of the artists at the studios. Copyright 2015, all rights reserved. 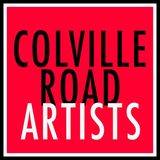