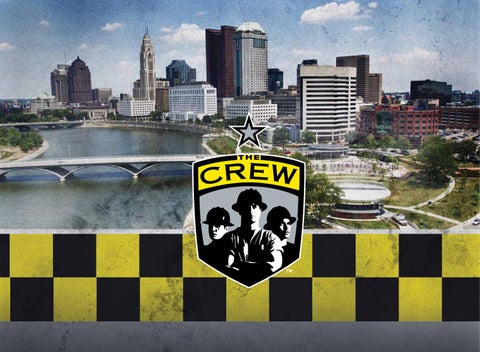 The 2012 season has been one of the most eventful in team history. Not only were there some major veteran player acquisitions to the roster, but the addition of quality young players through the draft and the Crew Soccer Academy system have helped us continue to add important pieces to our core group of players. It has been equally active off the field, as well. Since launching the Crew’s “Goal 10K” initiative to reach and sustain a base of 10,000 season ticket holders last September, along with publicly identifying the organization’s other two main objectives – to acquire a new jersey sponsor, and sign a stadium naming rights partner – we have made significant progress in achieving these goals. Barbasol signed on as the Crew’s new multi-year jersey sponsor, and we have made great strides toward Goal 10K by growing our season ticket base by nearly 30 percent. We have also received approval to construct a marquee tower sign north of Crew Stadium that will increase the value of a stadium naming rights partnership and position us better to secure this critical sponsorship. With this kind of momentum, combined with an important US Men’s National Team 2014 FIFA World Cup Qualifier against Jamaica on September 11, and the continued support of Columbus Mayor Michael Coleman in helping the Crew accomplish these goals, the future is exciting. The Crew organization and the Hunt family are deeply committed to the success of this region, and proud of the nearly $25 million in annual direct spending the Crew enterprise contributes to Columbus. We still have a lot of hard work to do, but there couldn’t be a better time to get involved with the Crew. Dare To Be Massive!

dare to join the celebration

2008 Winning the second Supporters’ Shield was just the first piece of hardware for the year.

2008 The Crew returns from LA with a monumental sovenior for Columbus... Its first major league championship.

2008 2009 The Crew return from Crew again have the best LA with a monumental record in MLS and bring sovenior for Columbus... another Supporters’ It’s first major league Shield to Columbus. championship.

Stadium Suites Crew Stadium Suites offer an amazing opportunity to watch sports and concerts at an unbeatable price. The 14 person mid-deck vantage point provides a fantastic entertainment experience to host clients or reward employees. Take advantage of the Crewâ&amp;#x20AC;&amp;#x2122;s suite ownership program, which allows you to entertain in style for the top MLS games, as well as all concerts and events at Crew Stadium.

FIELD LEVEL SEATS Field Seats deliver the most unique and up-close experience for a professional sporting event you have ever seen. This exclusive seating area will put you and your VIPâ&amp;#x20AC;&amp;#x2122;s on the playing surface and mere feet away from players and coaches. Field Seat clients also receive complimentary VIP parking; a field-side pregame buffet and in-seat drink service throughout the game.

center circle club The Center Circle Club offers a great mid-field view from behind the team benches, as well as complimentary VIP parking, customizable nameplates on each seat, and opportunities for pregame buffets.

PREMIER EAST These newly upgraded seats offer one of the best mid-field vantage points on the east side of the stadium, as well as benefits on parking, pregame buffet options and unique team events.

“The Crew Casino and Awards Night is a really unique event for season ticket holders. It gives fans a chance to get to know the players in an approachable setting. Also, if you have never seen Duncan Oughton dressed to the nines, you are really missing out!” – Ben (Season Ticket Holder since 2008)

Dare to experience something memorable “First time season ticket holder here and I have to say that I loved Crew Fest 2012! What an amazing perk for buying season tickets! The staff and players were the best and I couldn’t be happier with my experience.” – Heidi (Season Ticket Holder since 2012)

PARTY ON THE PITCH

Dare to be part of something bigger