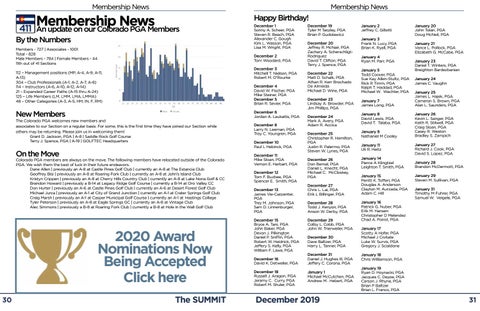 The Colorado PGA welcomes new members and associates to our Section on a regular basis. For some, this is the first time they have joined our Section while others may be returning. Please join us in welcoming them! Grant D. Jackson, PGA | A-8 | Saddle Rock Golf Course Terry J. Spence, PGA | A-19 | GOLFTEC Headquarters