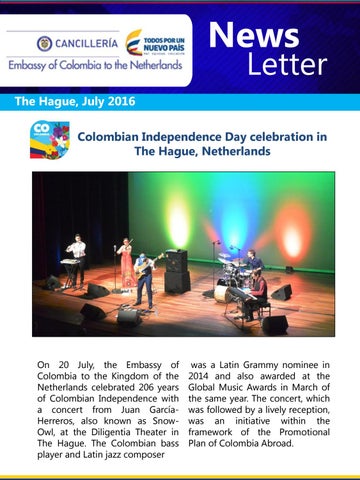 On 20 July, the Embassy of Colombia to the Kingdom of the Netherlands celebrated 206 years of Colombian Independence with a concert from Juan GarcĂ­aHerreros, also known as SnowOwl, at the Diligentia Theater in The Hague. The Colombian bass player and Latin jazz composer

was a Latin Grammy nominee in 2014 and also awarded at the Global Music Awards in March of the same year. The concert, which was followed by a lively reception, was an initiative within the framework of the Promotional Plan of Colombia Abroad. 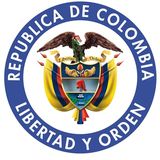