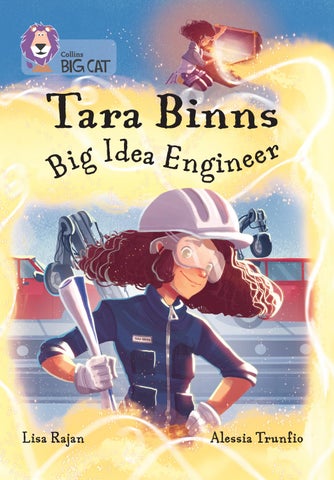 Idea Engineer g i B

CRASH! When Tara Binns takes a tumble in a car factory, she finds the perfect way to bounce back â&amp;#x20AC;¦ Browse the complete Collins catalogue at

This book has been endorsed by The WISE Campaign.

Chapter 1 There it was – dusty and a bit scratched, in the attic at the top of the house – the old costume box! Tara Binns grinned happily. She lifted the lid and her eyes shone as she looked inside. The box was full of clothes, uniforms, shoes and hats. There was a costume for every job you could think of. Every time Tara opened the box, it chose a different outfit for her … and sent her off on an exciting adventure.

Her hands started to tingle … then the tingling spread up her arms … and around her whole body. A shining mist swirled up out of the box and whirled around her. Suddenly, Tara found herself spinning and tumbling through space and time. She closed her eyes and wondered … What will I be today?

Chapter 2 The mist cleared and the world stopped spinning. TaraÂ looked down at herself. She was wearing a white hard hat and navy overalls. There were safety goggles protecting her eyes. She was an engineer!

Tara was in a car factory. She could see the cars being built on the production lines. It was very noisy â&amp;#x20AC;&amp;#x201C; motors running, machinery whirring and drills screaming. In front of her, huge robots were fitting wheels on to a long line of cars. As each car was finished, an engineer checked it over, to make sure that it was perfect. Then the engineer hopped in the car and drove it away. Tara heard the noise of an engine behind her. Wait â&amp;#x20AC;Ś where was that car going? And why was it going so fast? 5

Tara watched the car speeding across the factory floor. Luckily, there was no machinery there, just a big empty space. But what was that? Oh! There was a concrete wall at the far end, and the car was hurtling towards it at top speed. Tara couldn’t believe her eyes! Why wasn’t the driver slowing down? The car seemed to be speeding up … going faster and faster! It was going to hit the wall! 6

Something must be wrong with the car! Or maybe something had happened to the driver? Maybe he was ill … maybe he’d fainted. “Hey!” she shouted. “STOP! You’re going to CRA—” SMASH! 7

The car slammed headlong into the wall. A huge BANG echoed all over the factory. Tara clapped her hands over her ears. The front of the car crumpled instantly. Bits of plastic flew in all directions. The windscreen and the windows wereÂ smashed. 8

Oh no – what a terrible crash! Tara had never seen a car so badly smashed. The driver! He or she must be hurt. I must help – and quickly, she thought. Tara raced towards the car. But in her panic, she didn’t look where she was going. OOOPS!

Chapter 3 Tara tripped over a thick black cable snaking across the floor. She went flying forward. AAARGH! She crash-landed on her hands and knees. The concrete floor was rock hard. OUCH! That hurt!

Tara lay there, sprawled on the floor for a moment. Pain shot through her knees and hands. Tears sprang to her eyes. Slowly, she put her hands flat on the floor and tried to push herself up. Ow! It was painful. â&amp;#x20AC;&amp;#x153;Are you all right?â&amp;#x20AC;? came a worried voice from behind her. 11

Read through this extract of Tara Binns Big Idea Engineer. 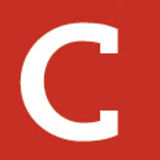